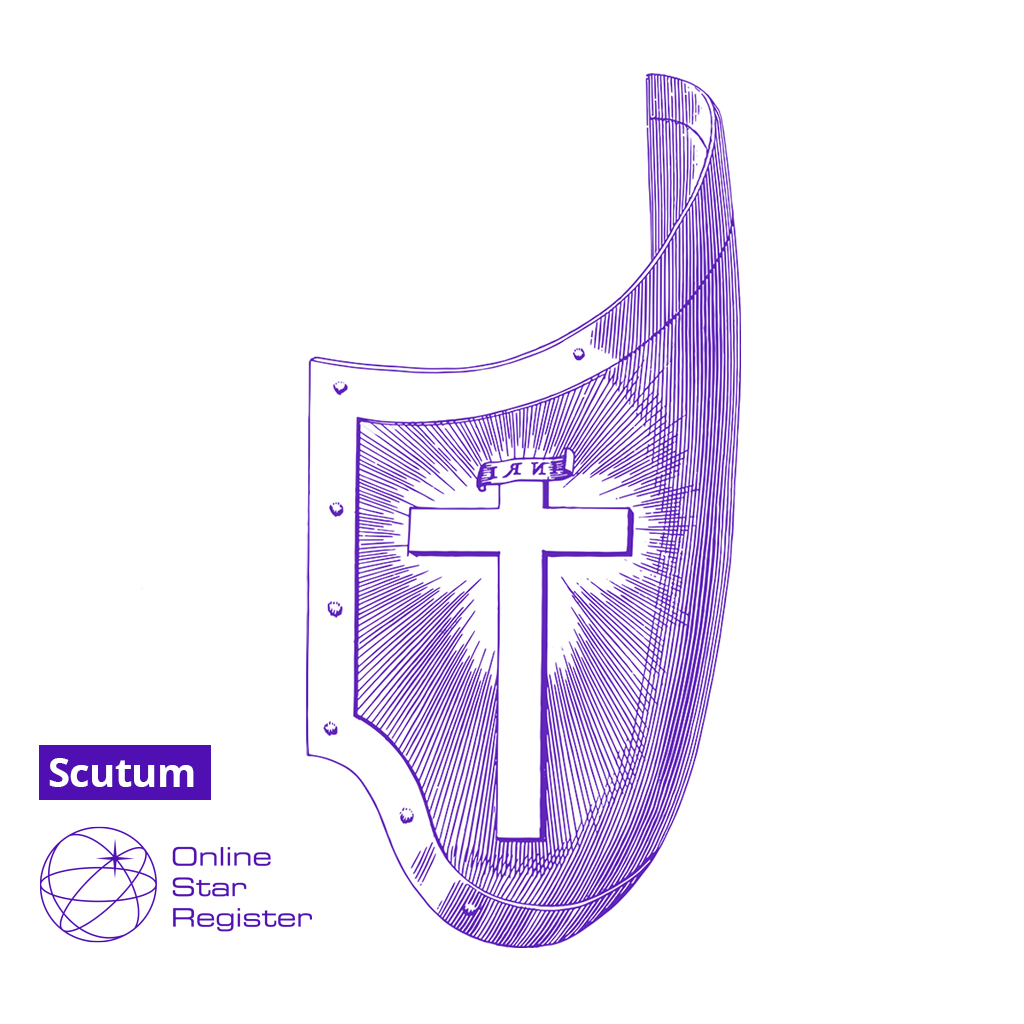 Scutum or The Shield is one of the 88 constellations modern astronomers have divided the sky into. It's part of the Hercules constellation family. Scutum is best seen in August (from latitudes +70° to -90°).

The shield can be found on the Milky Way between Sagittarius, Aquila, and the lower half of Serpens. The original name of the constellation was Scutum Sobiescanum, or ‘shield of Sobieski’. Sobieski was the king of Poland and defeated the Ottoman Empire in 1683 at the Battle of Vienna. Hevelius, who named the constellation, did so to honor the king while he was still alive. 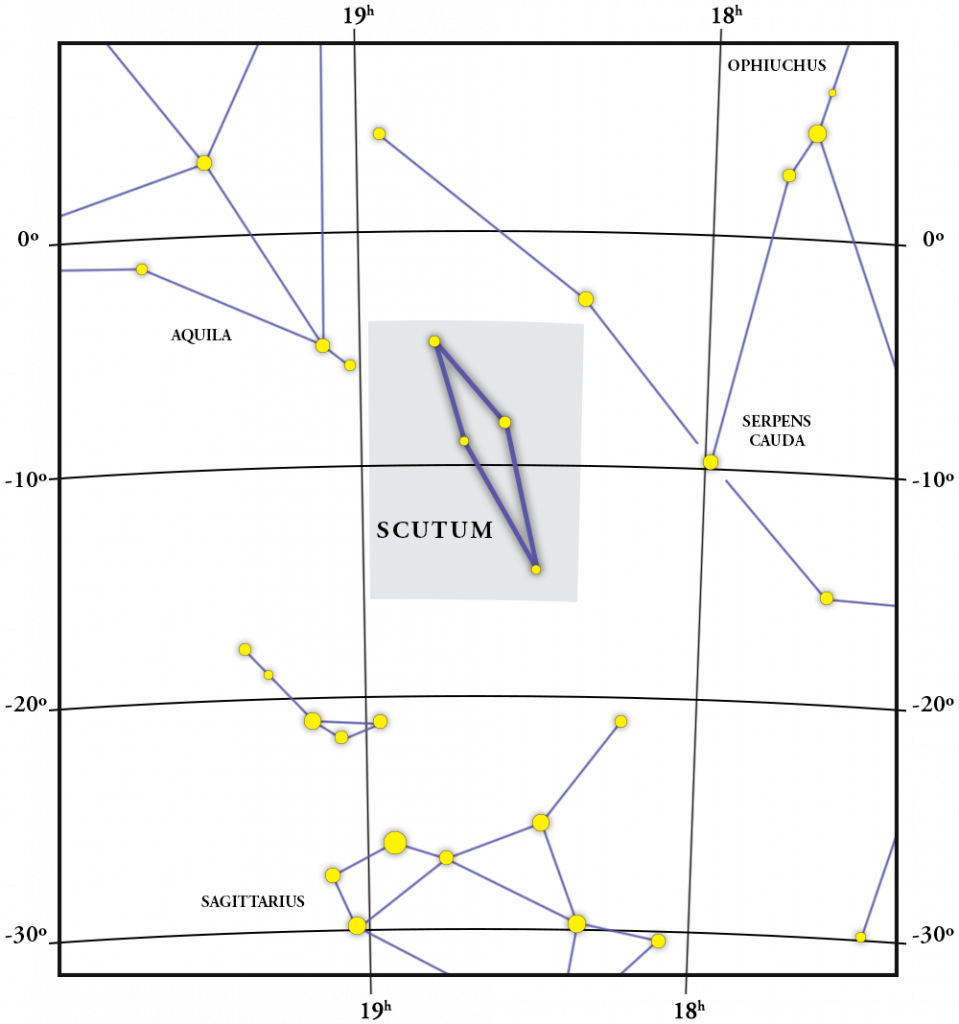 Place your star in Scutum!

Main Stars in The Shield (Scutum)

The constellation Scutum contains several bright stars that make up its shape. Some of these main stars are known as:

You can now name your own star in the constellation of Scutum in just a few clicks. Name the star, view it in 3D and look it up with the OSR Star Finder App!