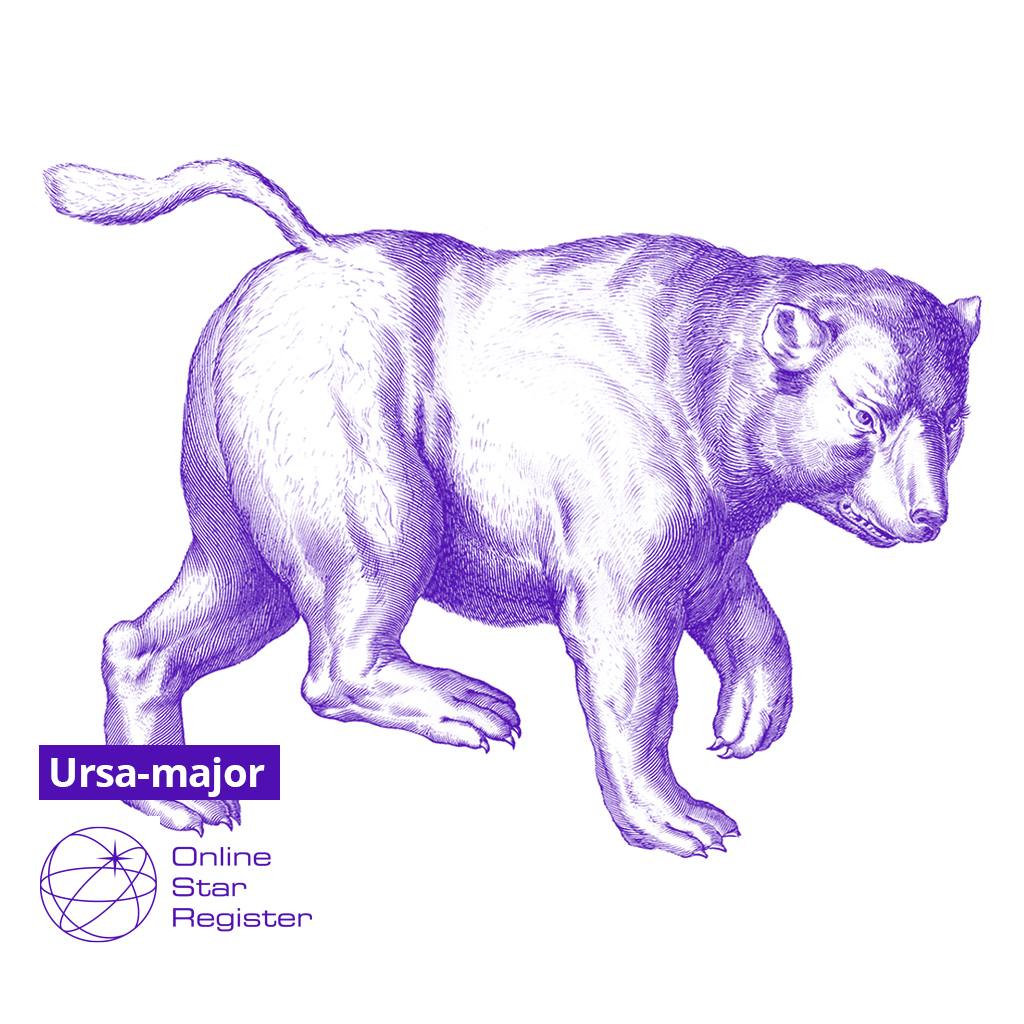 Ursa Major or The Great Bear is one of the 88 constellations modern astronomers have divided the sky into. It's part of the Ursa Major constellation family. Ursa Major is best seen in April (from latitudes +90° to -30°).

This constellation is one of the most recognizable due to the asterism known as the Big Dipper. The Big Dipper represents the rear torso and tail of the Bear. Other stars map out its long nose and legs. In Greek Mythology, the Great Bear represents the nymph Callisto who was transformed into a bear by Hera. Callisto’s son, Arcas, tried to kill Hera, but Zeus intervened and placed them in the sky. Ursa Major contains seven main stars and eight notable stars. 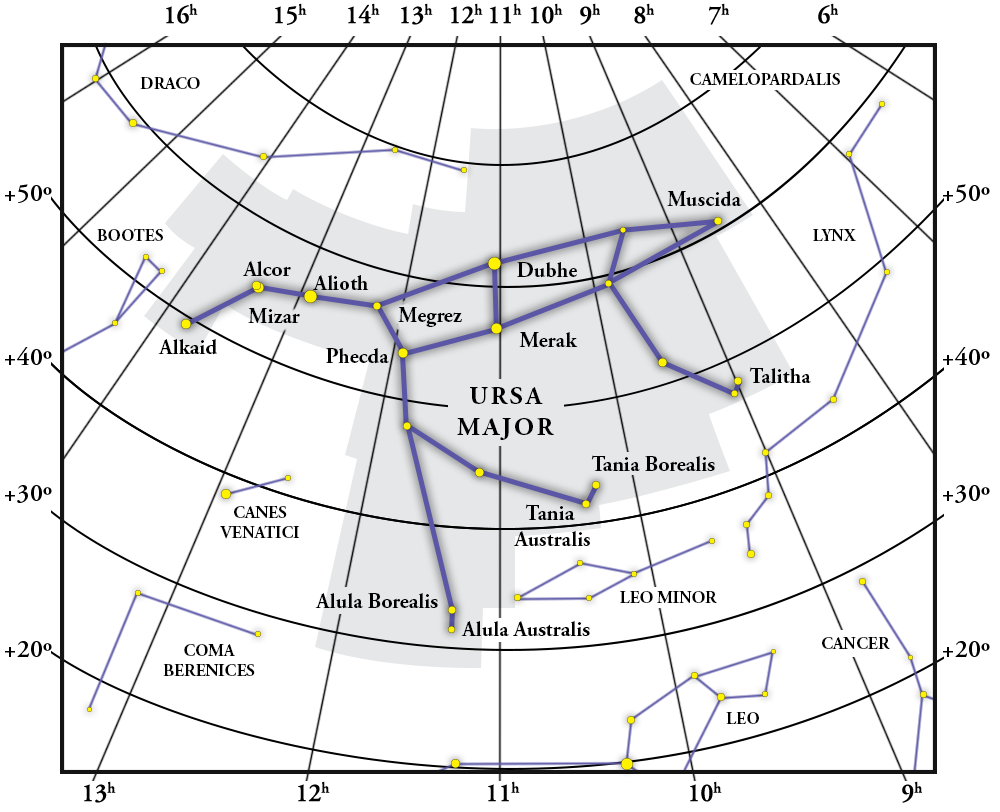 Place your star in Ursa Major!

The constellation Ursa Major contains several bright stars that make up its shape. Some of these main stars are known as:

Some of the deep sky objects which have been discovered in Ursa Major include: Bode’s Galaxy, Cigar Galaxy, Owl Nebula, Pinwheel Galaxy, Messier 108, Messier 109, NGC 5474.

You can now name your own star in the constellation of Ursa Major in just a few clicks. Name the star, view it in 3D and look it up with the OSR Star Finder App!