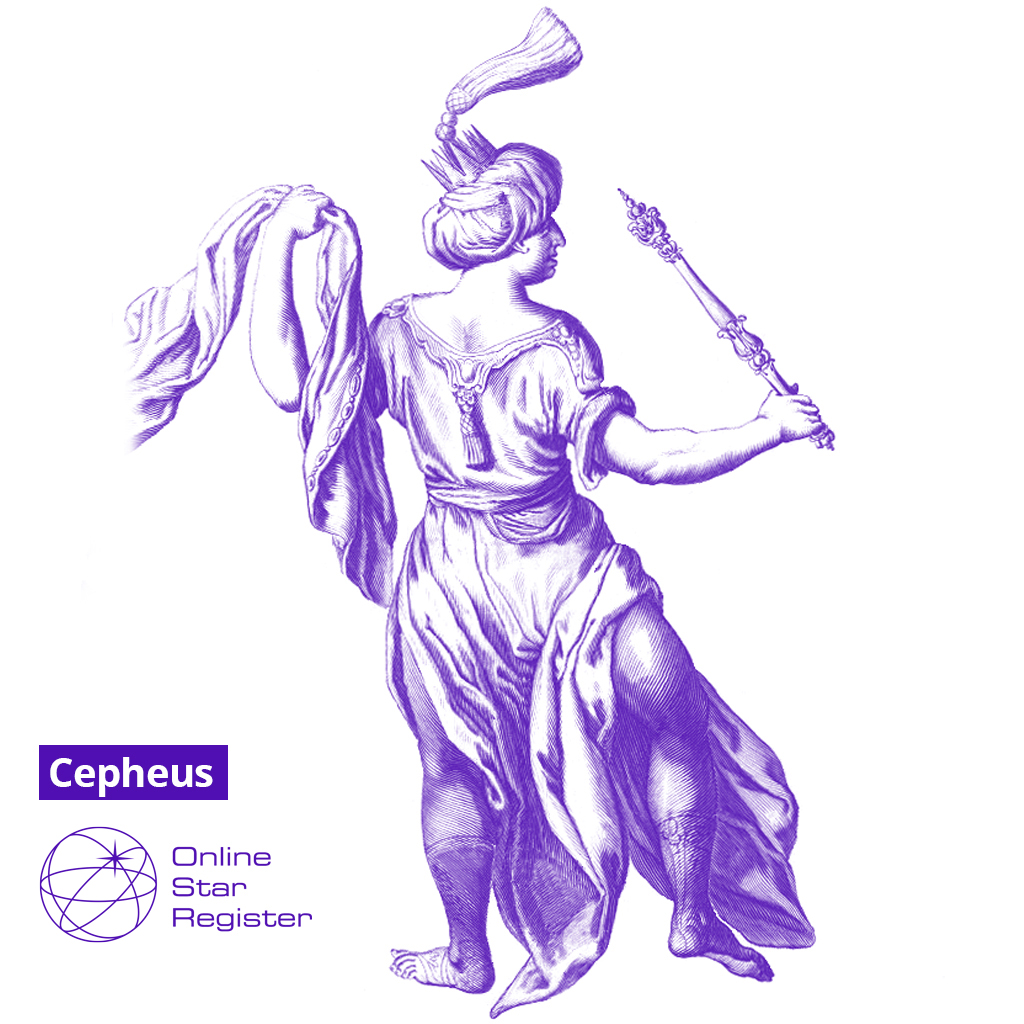 Cepheus or The King is one of the 88 constellations modern astronomers have divided the sky into. It's part of the Perseus constellation family. Cepheus is best seen in October (from latitudes +90° to -10°).

Cepheus represents King Cepheus who was the husband of Cassiopeia and the father of Andromeda. The constellation contains 10 main stars and is home to the famous red supergiant named Garnet Star. It is shaped with 5 stars that look like an upside down house. Cepheus played an important role in the discovery of Cepheid variables, which are stars that pulsate regularly. 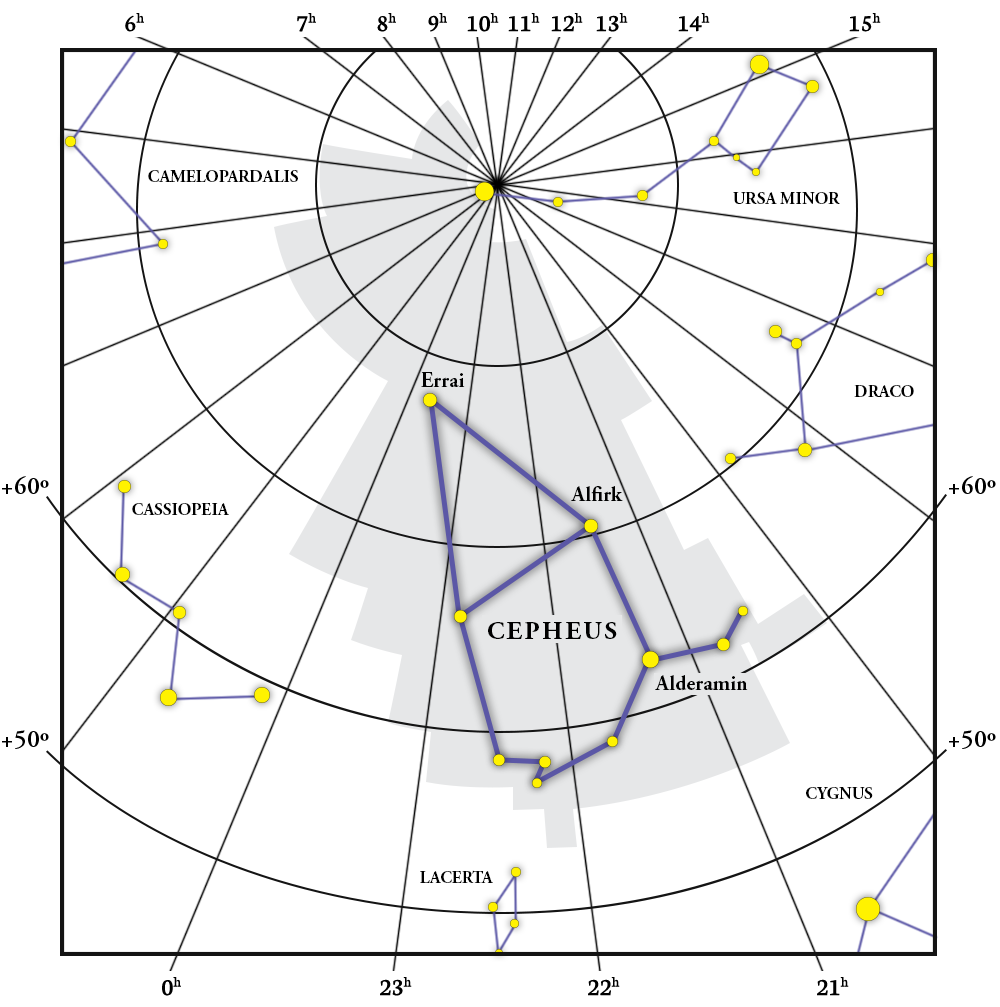 Place your star in Cepheus!

Main Stars in The King (Cepheus)

The constellation Cepheus contains several bright stars that make up its shape. Some of these main stars are known as:

Some of the deep sky objects which have been discovered in Cepheus include: The Fireworks Galaxy, The Wizard Nebula, NGC 7538, Caldwell 1, The Iris Nebula, NGC 7129, NGC 7142.

You can now name your own star in the constellation of Cepheus in just a few clicks. Name the star, view it in 3D and look it up with the OSR Star Finder App!