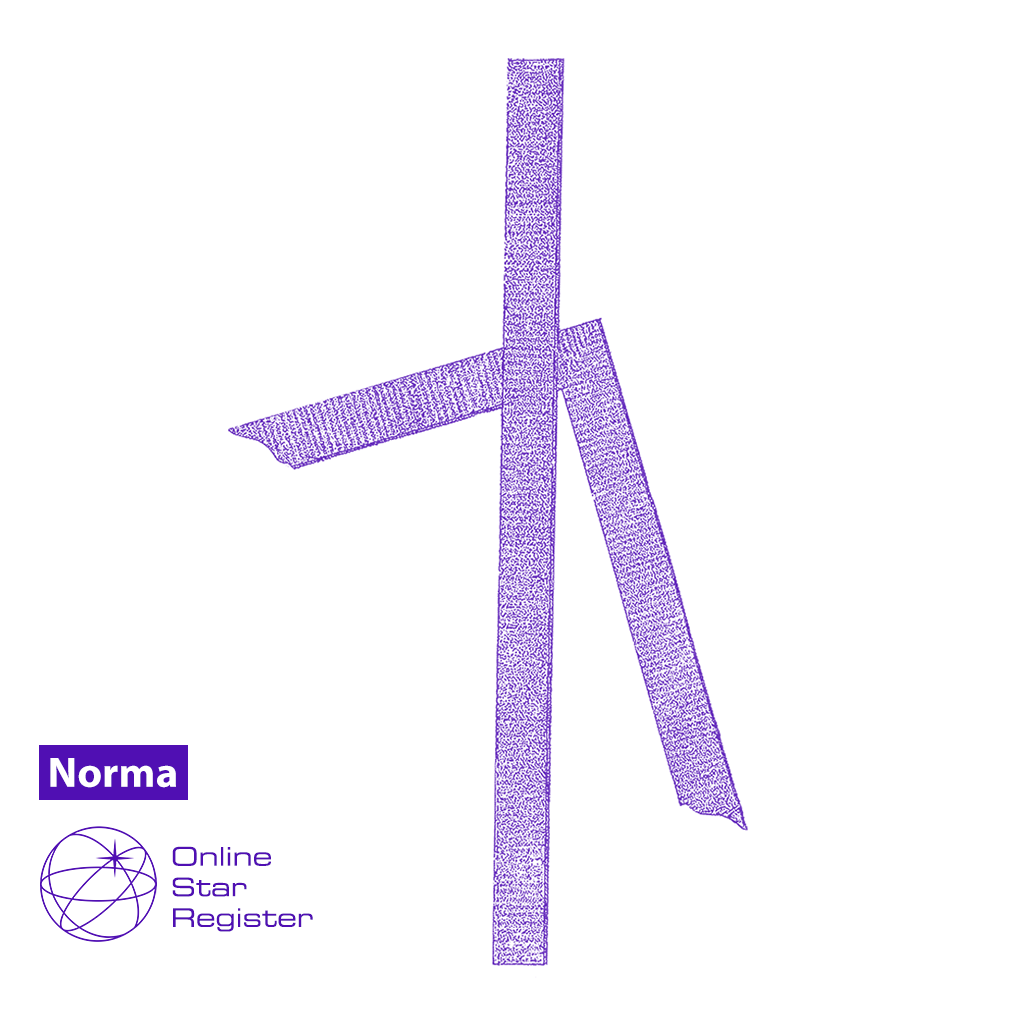 Norma or The Set Square is one of the 88 constellations modern astronomers have divided the sky into. It's part of the Lacaille constellation family. Norma is best seen in July (from latitudes +30° to -90°).

Part of a group of mechanical instruments, Norma appears next to Ara, Circnus, and Triangulum Australe. It represents a draughtsman’s level or set square. There is one meteor shower associated with the constellation, the Gamma Normids. The French astronomer Nicolas Louis de Lacaille following his mapping of the southern skies in 1751 introduced it. 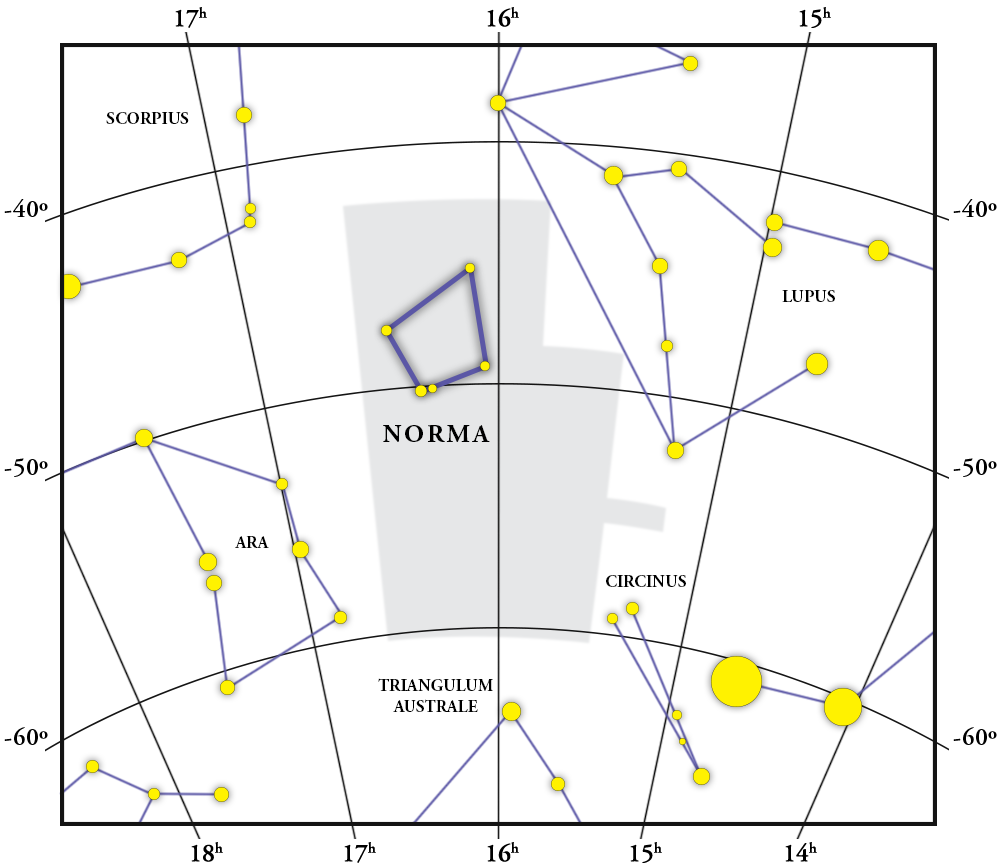 Place your star in Norma!

The constellation Norma contains several bright stars that make up its shape. Some of these main stars are known as:

Some of the deep sky objects which have been discovered in Norma include: Ant Nebula, NGC 6067, S Normae Cluster, Fine-Ring Nebula, Norma Cluster, Menzel 1, NGC 6021.

You can now name your own star in the constellation of Norma in just a few clicks. Name the star, view it in 3D and look it up with the OSR Star Finder App!