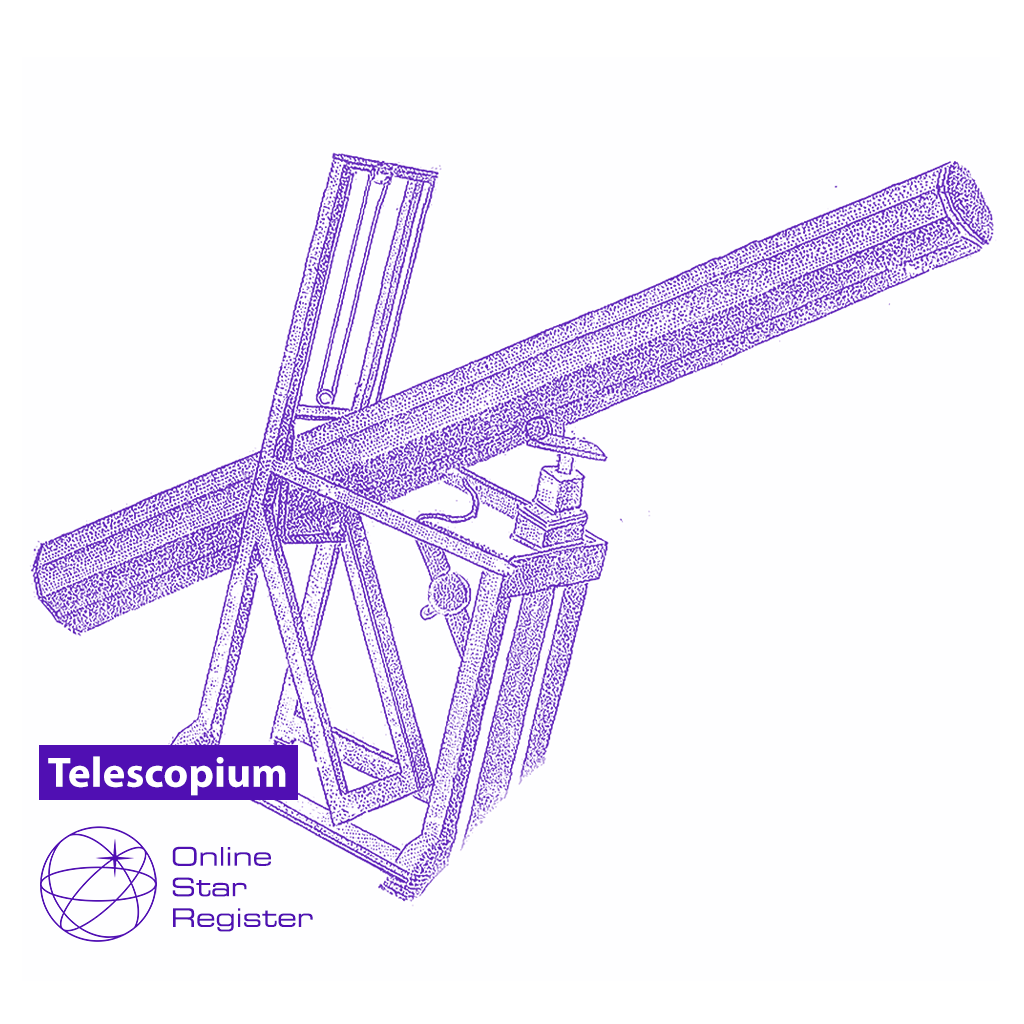 Telescopium or The Telescope is one of the 88 constellations modern astronomers have divided the sky into. It's part of the Lacaille constellation family. Telescopium is best seen in August (from latitudes +30° to -90°).

Telescopium represents the type of long, unwieldy refractor suspended from a pole known as an aerial telescope, as used by J. D. Cassini at Paris Observatory. The reason for the great length was to reduce chromatic aberration (false color) produced by the crude lenses of that time. Lacaille named it in honor of the scientific instrument that helped in the study of astronomy. Its brightest star, Alpha Telescopii, a blue-white subgiant found 278 light years from Earth.

Name a star in Telescopium! From $ 33 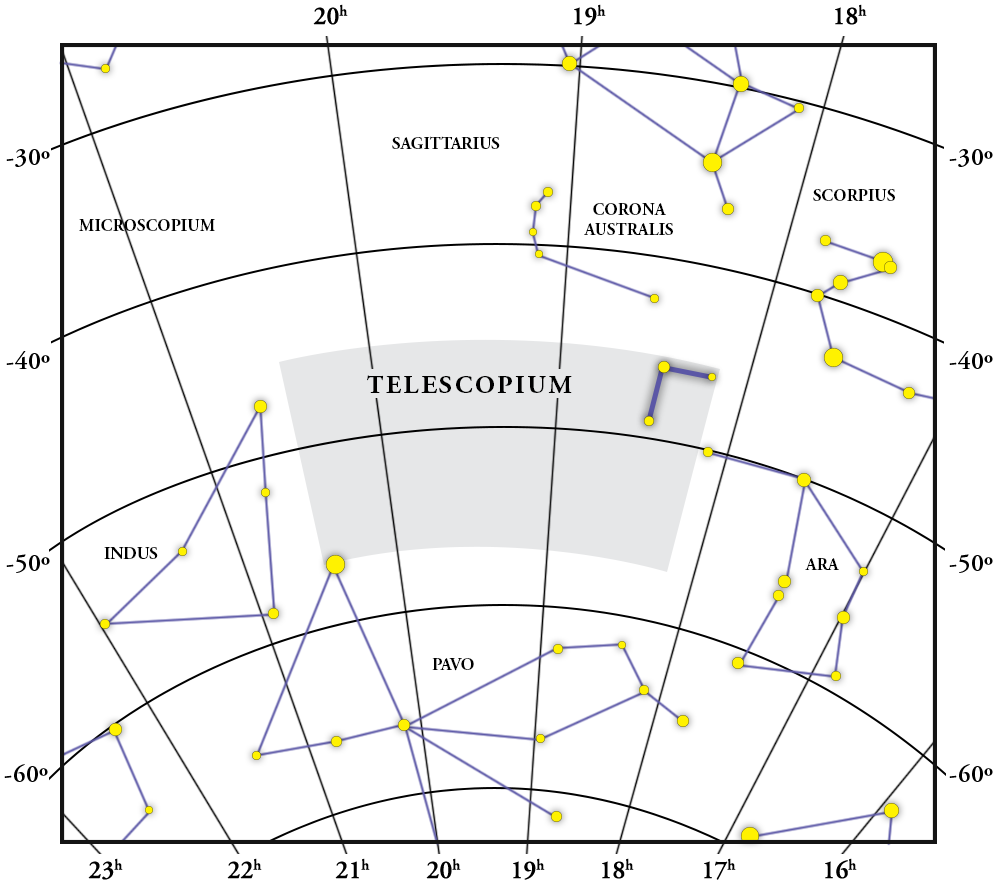 Place your star in Telescopium!

Main Stars in The Telescope (Telescopium)

The constellation Telescopium contains several bright stars that make up its shape. Some of these main stars are known as:

You can now name your own star in the constellation of Telescopium in just a few clicks. Name the star, view it in 3D and look it up with the OSR Star Finder App!