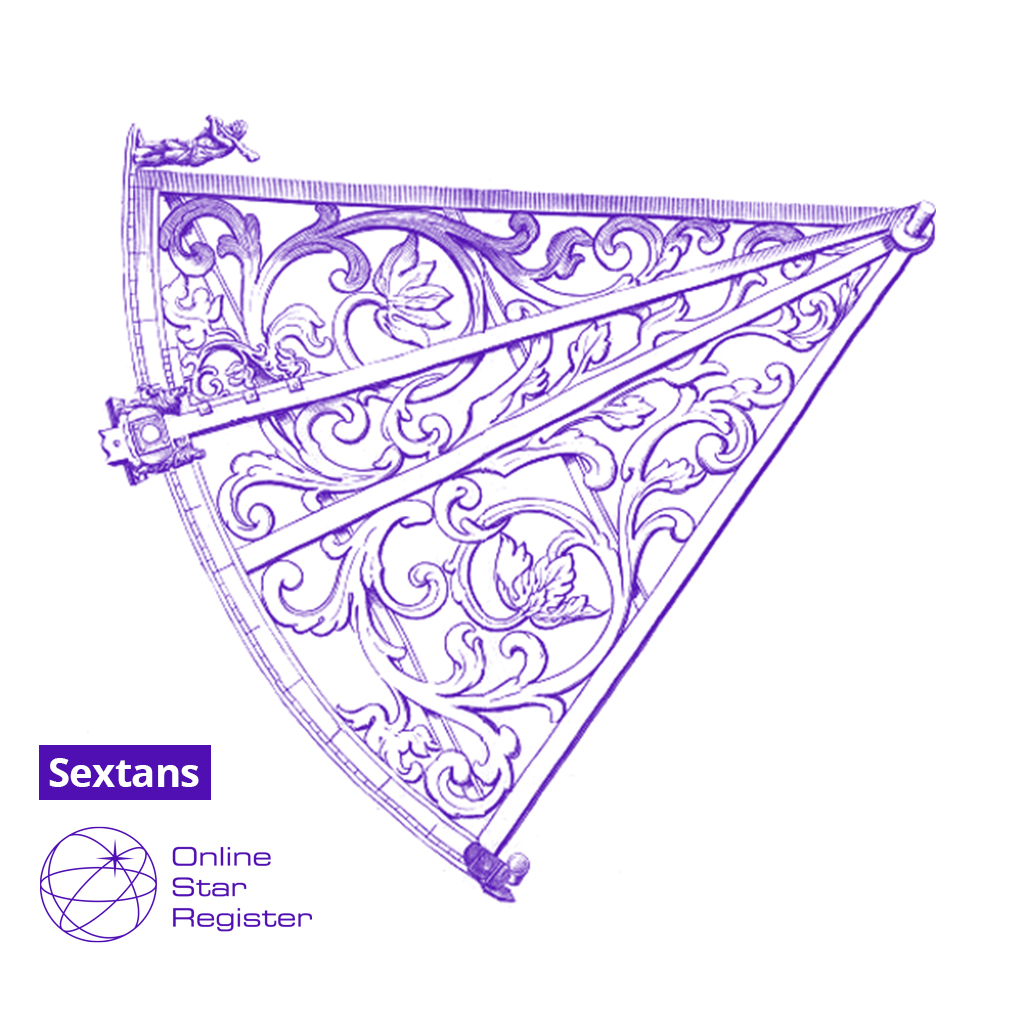 Sextans or The Sextant is one of the 88 constellations modern astronomers have divided the sky into. It's part of the Hercules constellation family. Sextans is best seen in April (from latitudes +80° to -80°).

Sextans can be found between Hydra and Leo. Until the late 1600’s this group of stars represented a fin on the back of the multi-headed monster Hydra. Hevelius named the constellation in 1687 for the astronomical instrument used to measure the positions of the stars. His own sextant was destroyed along with other instruments in a fire at his observatory in 1679. 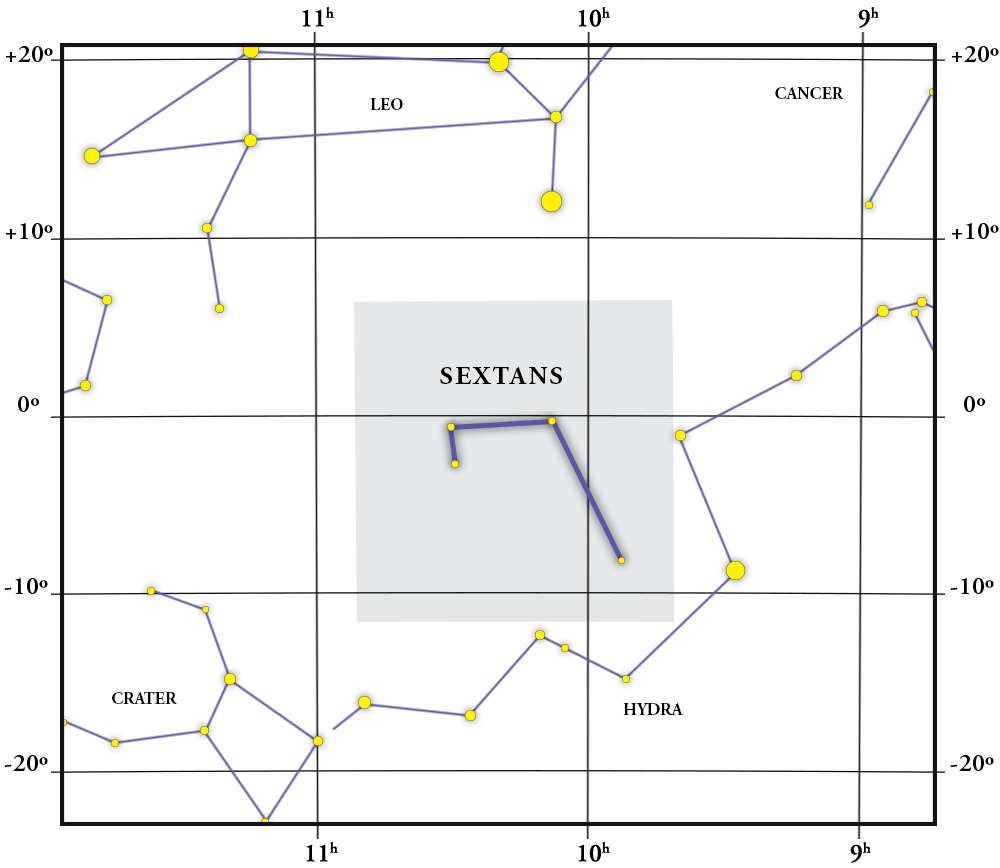 Place your star in Sextans!

Main Stars in The Sextant (Sextans)

The constellation Sextans contains several bright stars that make up its shape. Some of these main stars are known as:

Some of the deep sky objects which have been discovered in Sextans include: Spindle Galaxy, NGC 3169, NGC 3166, Sextans A, Sextans B.

You can now name your own star in the constellation of Sextans in just a few clicks. Name the star, view it in 3D and look it up with the OSR Star Finder App!