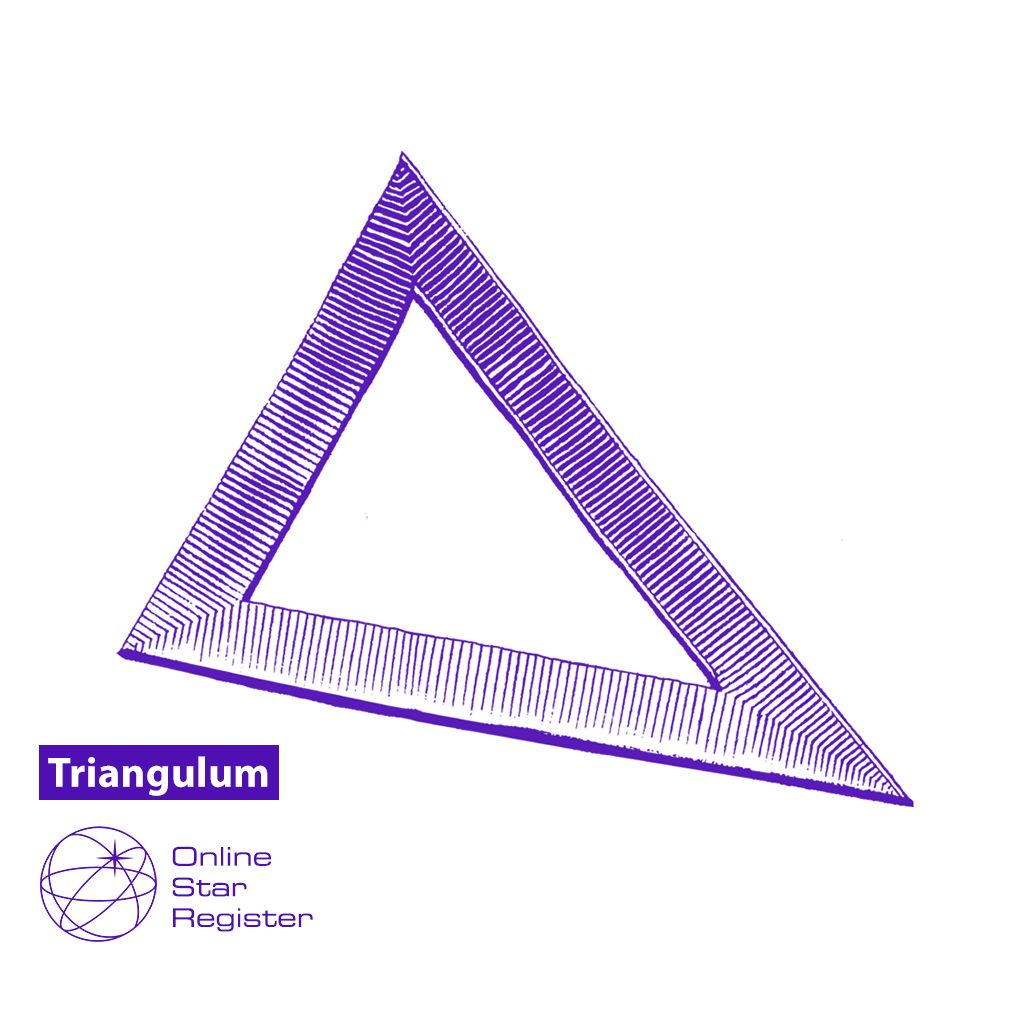 Triangulum or The Triangle is one of the 88 constellations modern astronomers have divided the sky into. It's part of the Perseus constellation family. Triangulum is best seen in December (from latitudes +90° to -50°).

This constellation is located between Andromeda, Perseus, and Aries. Aratus described it as an isosceles triangle, having two equal sides and a shorter third side. Eratosthenes said that it represented the Nile river delta. Roman stargazers, on the other hand, associated it with the island of Sicily, which is somewhat triangular in shape. As of 2016, Triangulum has 4 recognized planets. 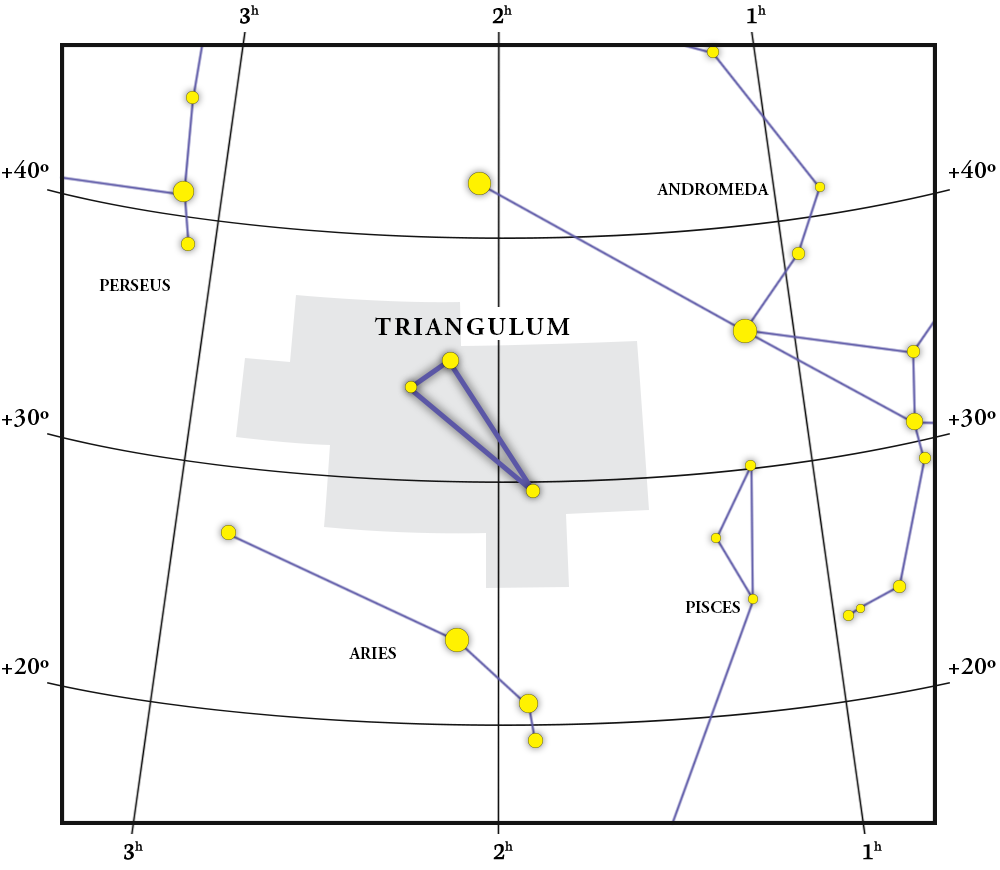 Place your star in Triangulum!

Main Stars in The Triangle (Triangulum)

The constellation Triangulum contains several bright stars that make up its shape. Some of these main stars are known as:

You can now name your own star in the constellation of Triangulum in just a few clicks. Name the star, view it in 3D and look it up with the OSR Star Finder App!