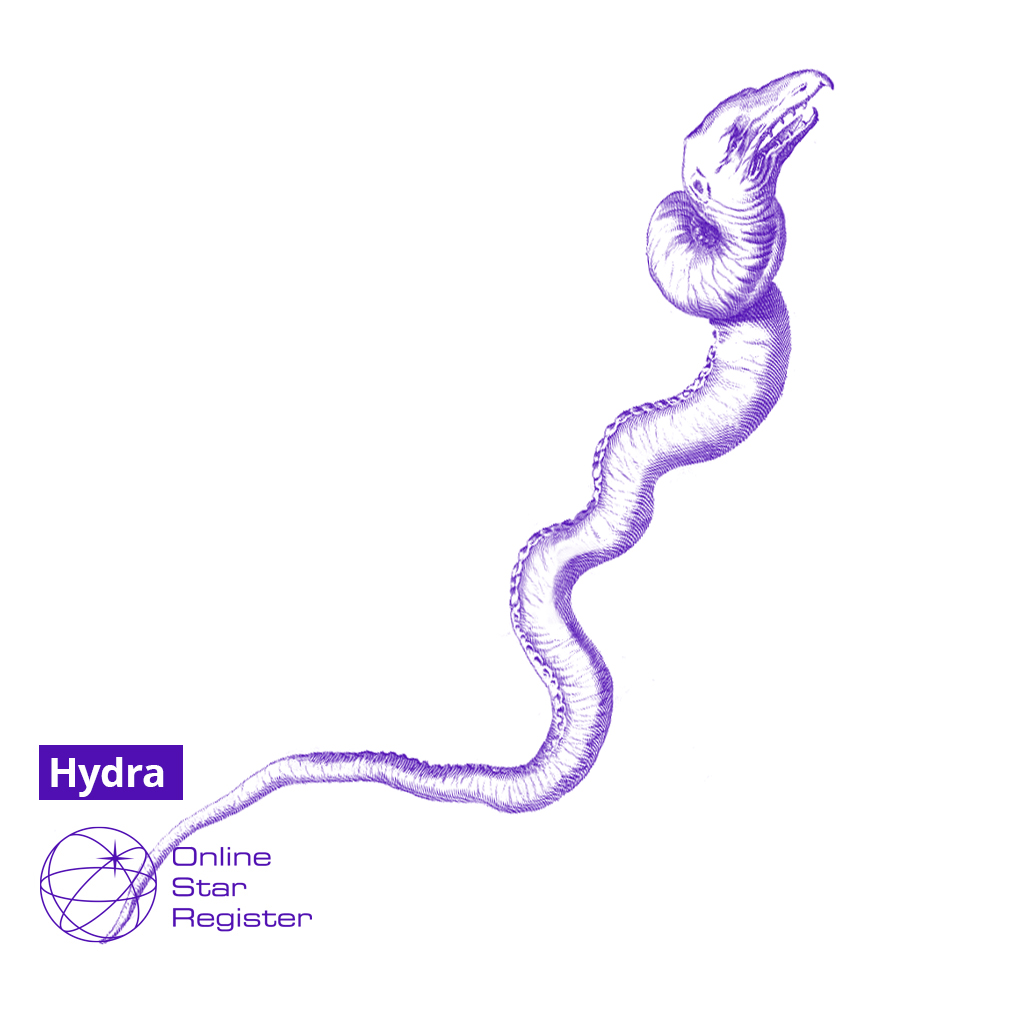 Hydra or The Sea Serpent is one of the 88 constellations modern astronomers have divided the sky into. It's part of the Hercules constellation family. Hydra is best seen in April (from latitudes +60° to -90°).

This massive monster occupies a larger strip of the sky than any other constellation as it winds its way from Libra to Cancer. A kite shaped cluster, representing the serpent’s head, leads its line of 13 main stars. When Hydra battled Hercules, it kept growing more heads every time he would chop one off. Finally, Hydra was defeated and each stump was burned to prevent the growth of new heads. 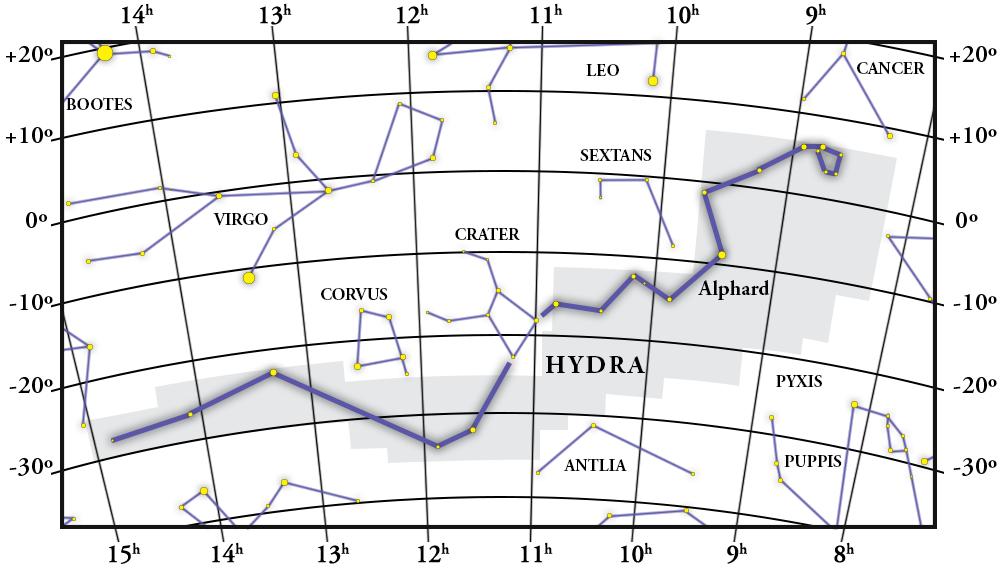 Place your star in Hydra!

The constellation Hydra contains several bright stars that make up its shape. Some of these main stars are known as:

Some of the deep sky objects which have been discovered in Hydra include: Messier 48, Messier 68, Hydra Cluster, Southern Pinwheel Galaxy, Ghost of Jupiter, NGC 3109, NGC 3621.

You can now name your own star in the constellation of Hydra in just a few clicks. Name the star, view it in 3D and look it up with the OSR Star Finder App!