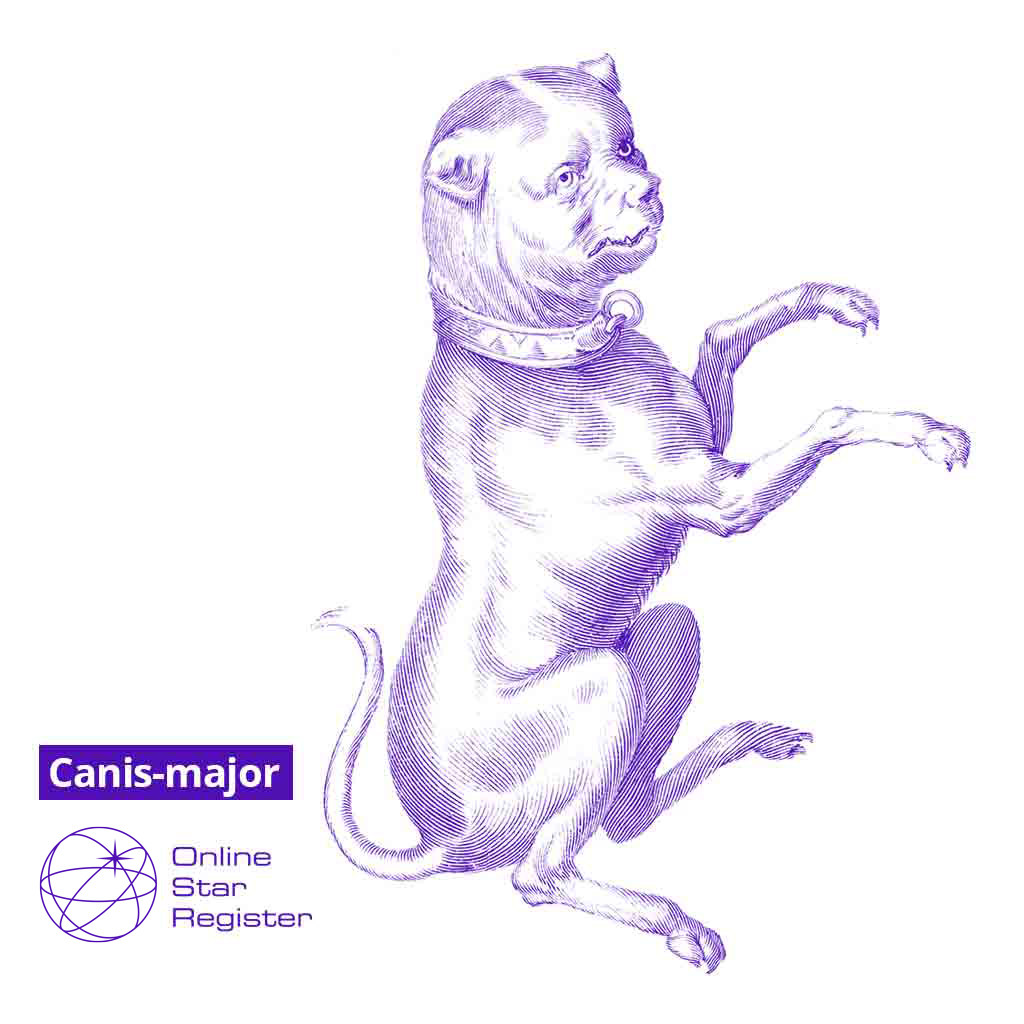 Canis Major or The Greater Dog is one of the 88 constellations modern astronomers have divided the sky into. It's part of the Orion constellation family. Canis Major is best seen in February (from latitudes +60° to -90°).

Sirius, popularly termed the Dog Star, the most brilliant star in the entire night sky, dominates Canis Major. A binary star, Sirius A is twice the mass of the Sun and 25 times more luminous. Canis Major is symbolized as a dog standing on its hind legs in pursuit of a rabbit. In Greek times the rising of Sirius at dawn just before the Sun marked the start of the hottest part of the summer, a time that hence became known as the Dog Days. 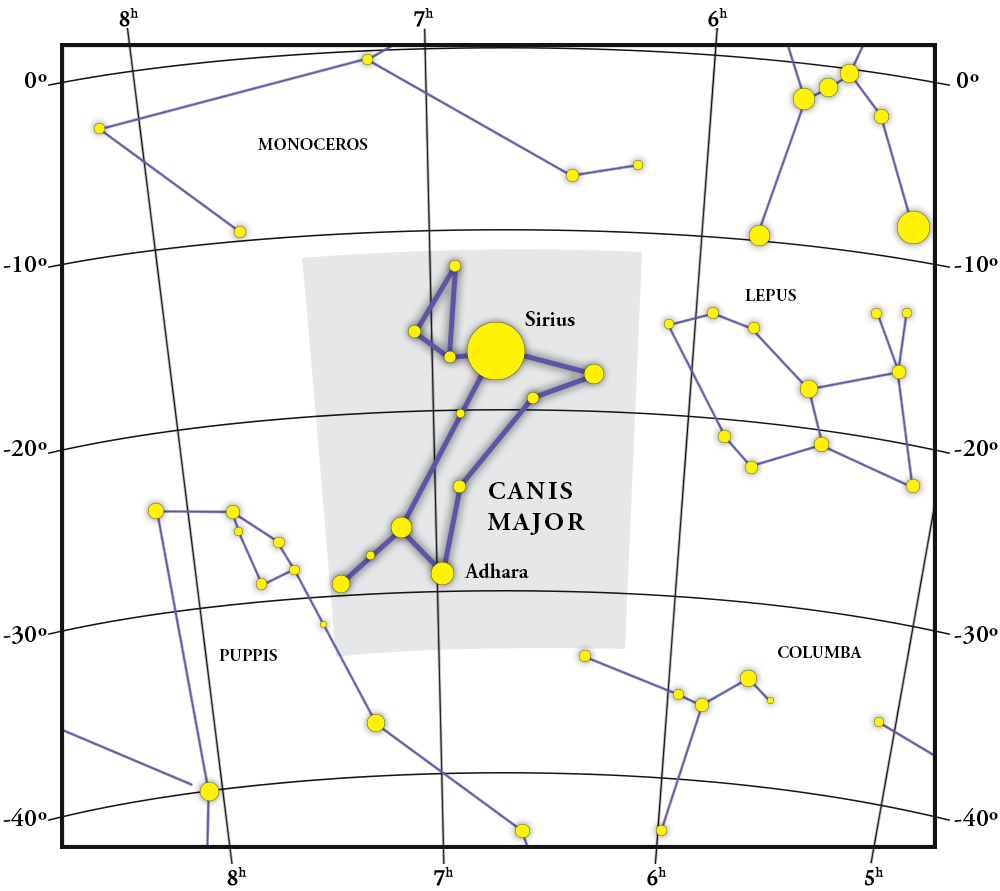 Place your star in Canis Major!

The constellation Canis Major contains several bright stars that make up its shape. Some of these main stars are known as:

Some of the deep sky objects which have been discovered in Canis Major include: Messier 41, Canis Major Dwarf Galaxy, Thor’s Helmet, NGC 2207, IC 2163.

You can now name your own star in the constellation of Canis Major in just a few clicks. Name the star, view it in 3D and look it up with the OSR Star Finder App!