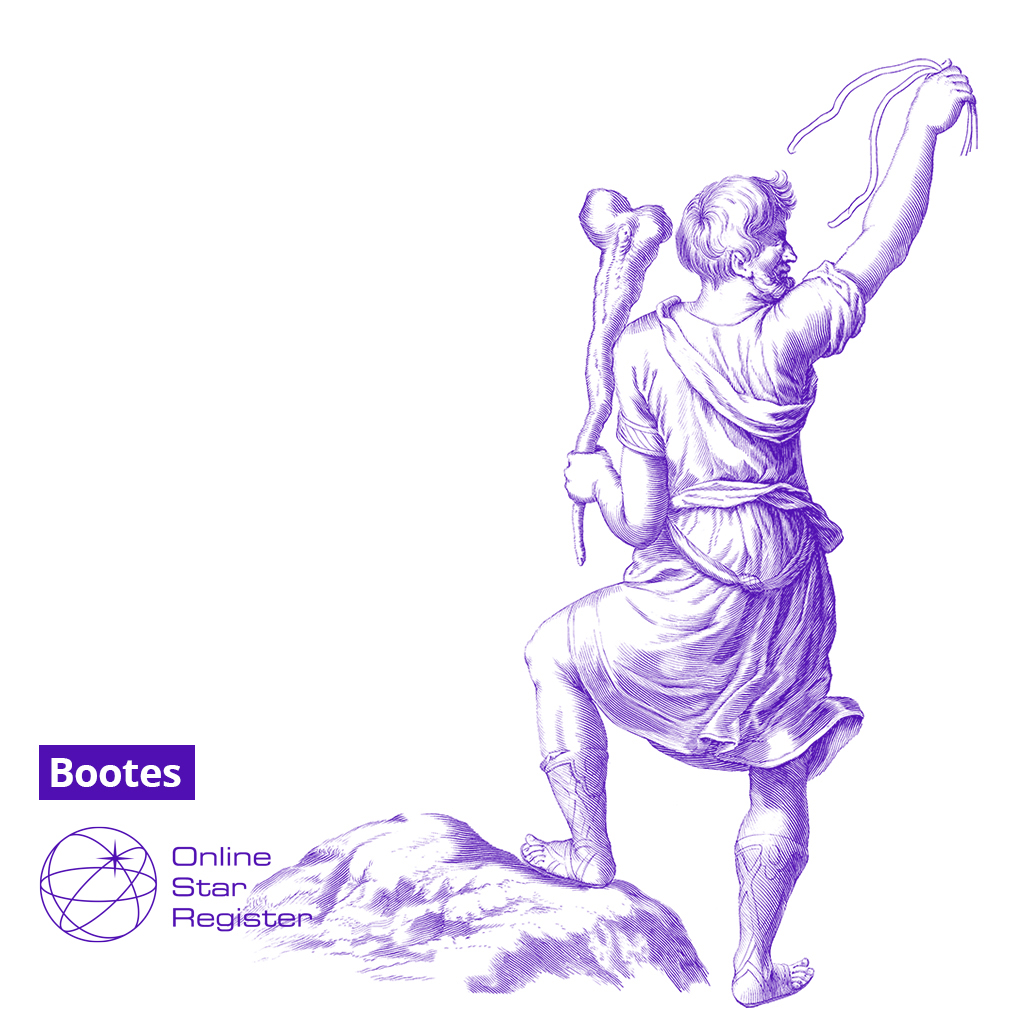 Bootes or The Herdsman is one of the 88 constellations modern astronomers have divided the sky into. It's part of the Ursa Major constellation family. Bootes is best seen in June (from latitudes +90° to -50°).

Depicted as a herdsman with a club, Boötes follows Ursa Major, the bear. The jealous wife of Zeus turned Callisto, his mother, into a bear. Boötes did not know she was a bear and chased her through the woods. To avoid further trouble Zeus placed them in the sky. Arcturus, the knee of Boötes, is the third brightest star in the sky. 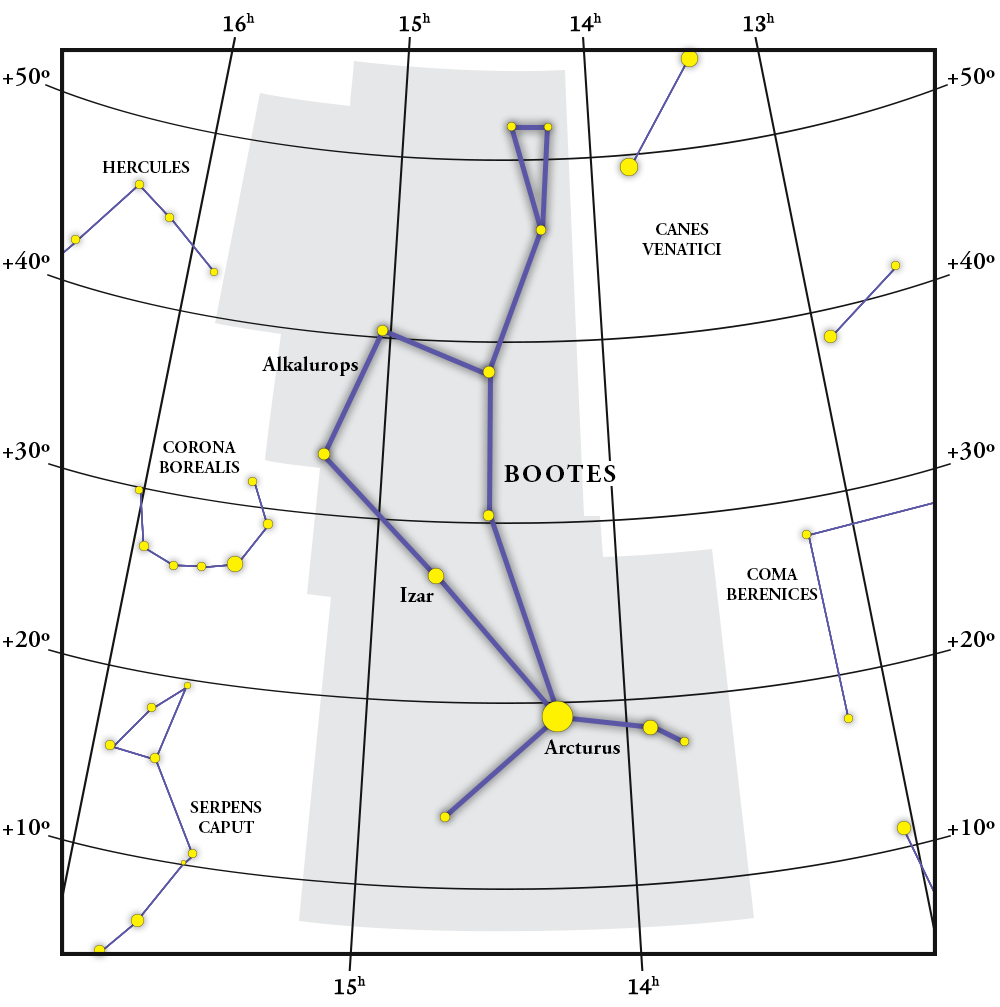 Place your star in Bootes!

Main Stars in The Herdsman (Bootes)

The constellation Bootes contains several bright stars that make up its shape. Some of these main stars are known as:

Some of the deep sky objects which have been discovered in Bootes include: Bootes Void, Bootes Dwarf Galaxy, NGC 5466.

You can now name your own star in the constellation of Bootes in just a few clicks. Name the star, view it in 3D and look it up with the OSR Star Finder App!