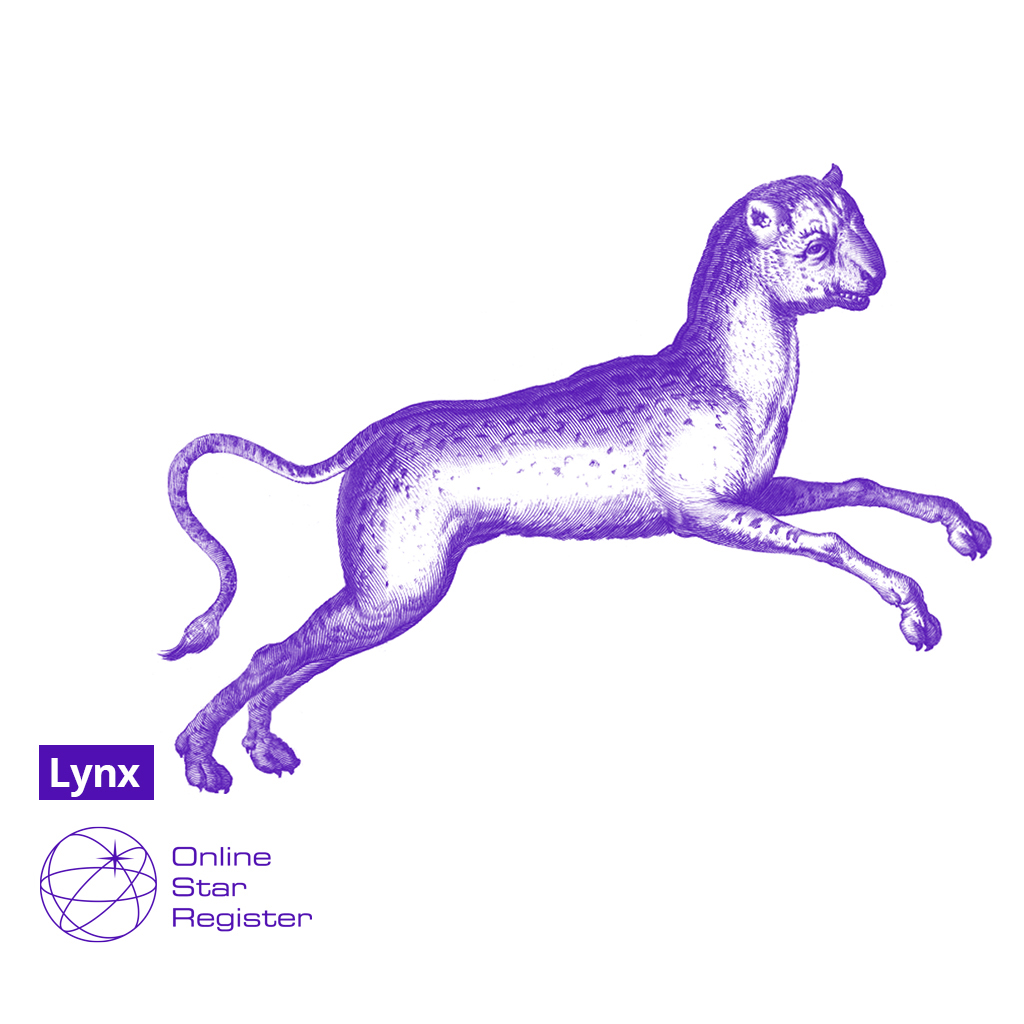 Lynx or The Lynx is one of the 88 constellations modern astronomers have divided the sky into. It's part of the Ursa Major constellation family. Lynx is best seen in March (from latitudes +90° to -35°).

Created in the 17th century by Johannes Hevelius, the Lynx constellation fills a large gap between Auriga and Ursa Major. The Lynx has seven main stars that make up its shape. It is not known whether Hevelius had in mind the mythological character Lynceus who enjoyed the keenest eyesight in the world – he was even credited with the ability to see things underground. Lynceus and his twin brother Idas sailed with the Argonauts. 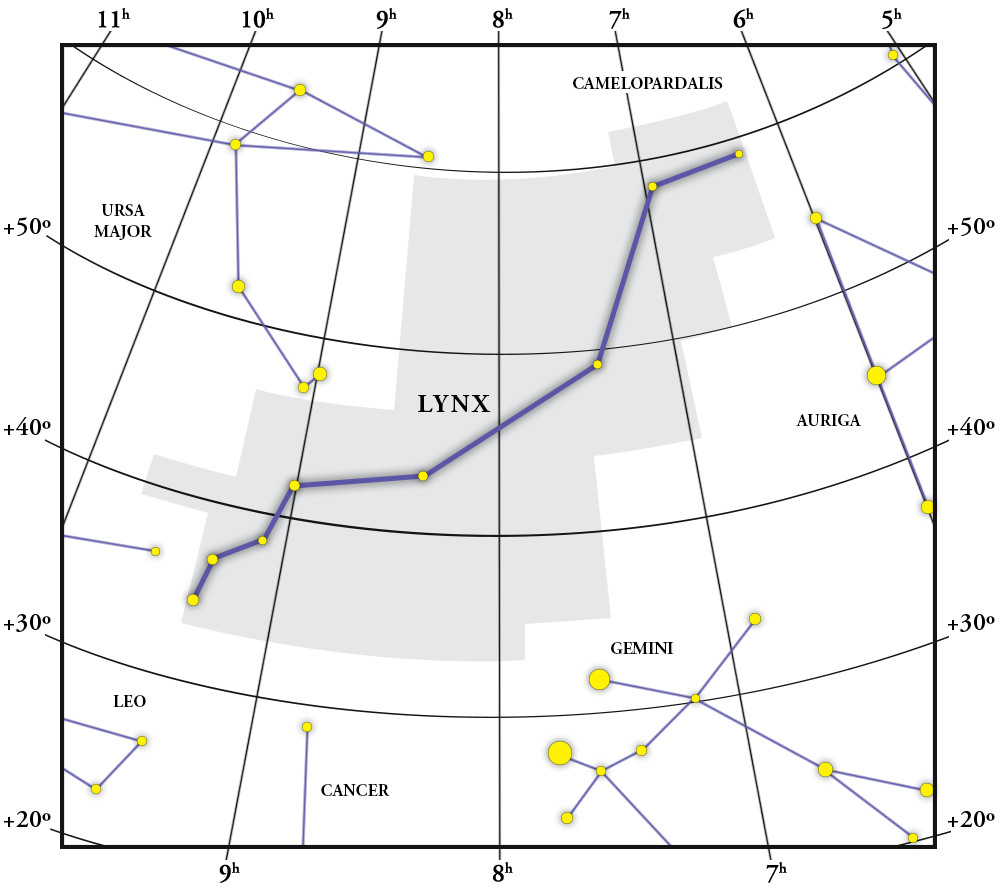 Place your star in Lynx!

Main Stars in The Lynx (Lynx)

The constellation Lynx contains several bright stars that make up its shape. Some of these main stars are known as:

You can now name your own star in the constellation of Lynx in just a few clicks. Name the star, view it in 3D and look it up with the OSR Star Finder App!