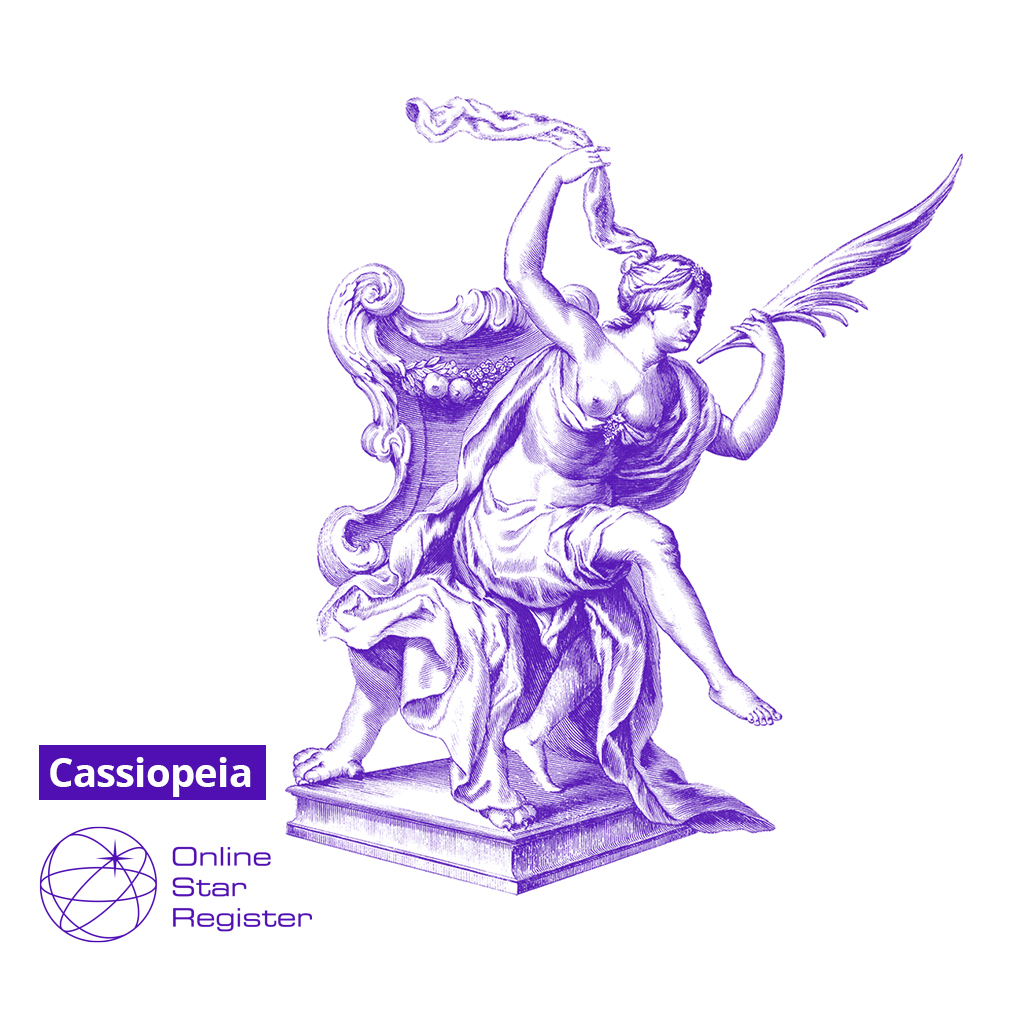 Cassiopeia or The Queen is one of the 88 constellations modern astronomers have divided the sky into. It's part of the Perseus constellation family. Cassiopeia is best seen in November (from latitudes +90° to -20°).

Known from Greek Mythology, Cassiopeia, the boastful wife, sits between Cepheus, her husband, and Andromeda, her daughter. Recognized as a wide W in the night sky, she was banished to sit upside down for half the year, chained to her throne, as punishment for her vanity. In 1572 a supernova, named Tycho’s star, entered the constellation and was reportedly seen by observers for an entire year. 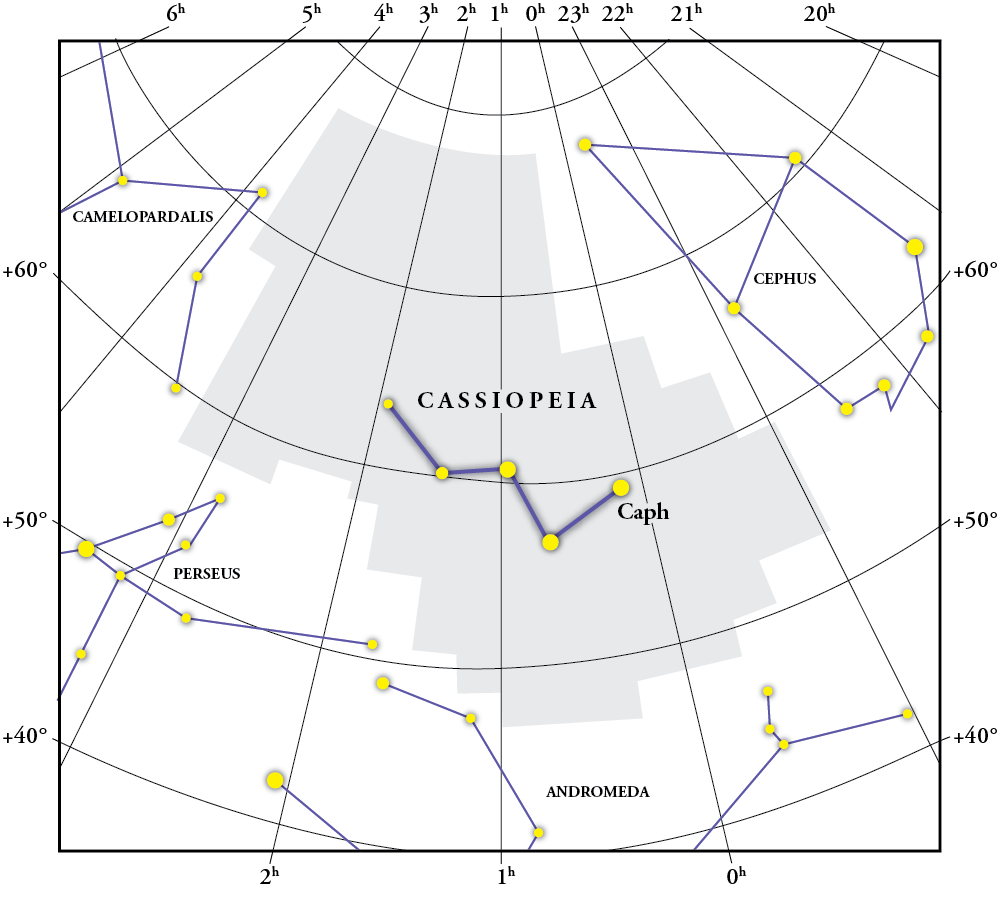 Place your star in Cassiopeia!

Main Stars in The Queen (Cassiopeia)

The constellation Cassiopeia contains several bright stars that make up its shape. Some of these main stars are known as:

Some of the deep sky objects which have been discovered in Cassiopeia include: Messier 52, Messier 103, Cassiopeia A, The Pacman Nebula, The White Rose Cluster, NGC 185, NGC 147.

You can now name your own star in the constellation of Cassiopeia in just a few clicks. Name the star, view it in 3D and look it up with the OSR Star Finder App!