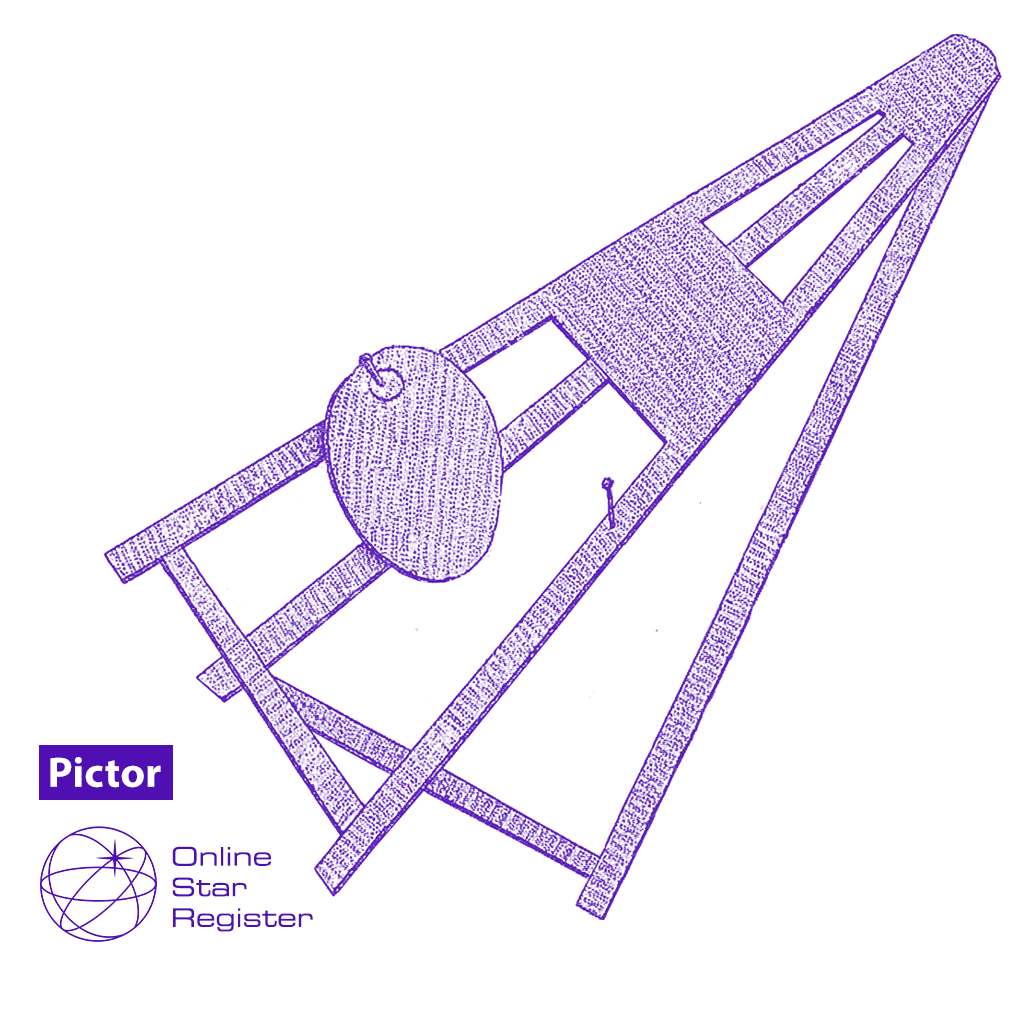 Pictor or The Painter's Easel is one of the 88 constellations modern astronomers have divided the sky into. It's part of the Lacaille constellation family. Pictor is best seen in February (from latitudes +25° to -90°).

French astronomer Abbé Nicolas-Louis de Lacaille named the constellation in 1750. It lies under the keel of the now-dismembered Greek constellation Argo, the ship of the Argonauts, next to the bright star Canopus. The brightest star in this constellation is Alpha Pictoris, a white dwarf star located around 97 light years away. Including Pictor, Lacaille named a total of 14 constellations that could not be seen from Europe, all of which honored instruments symbolizing the Age of Enlightenment. 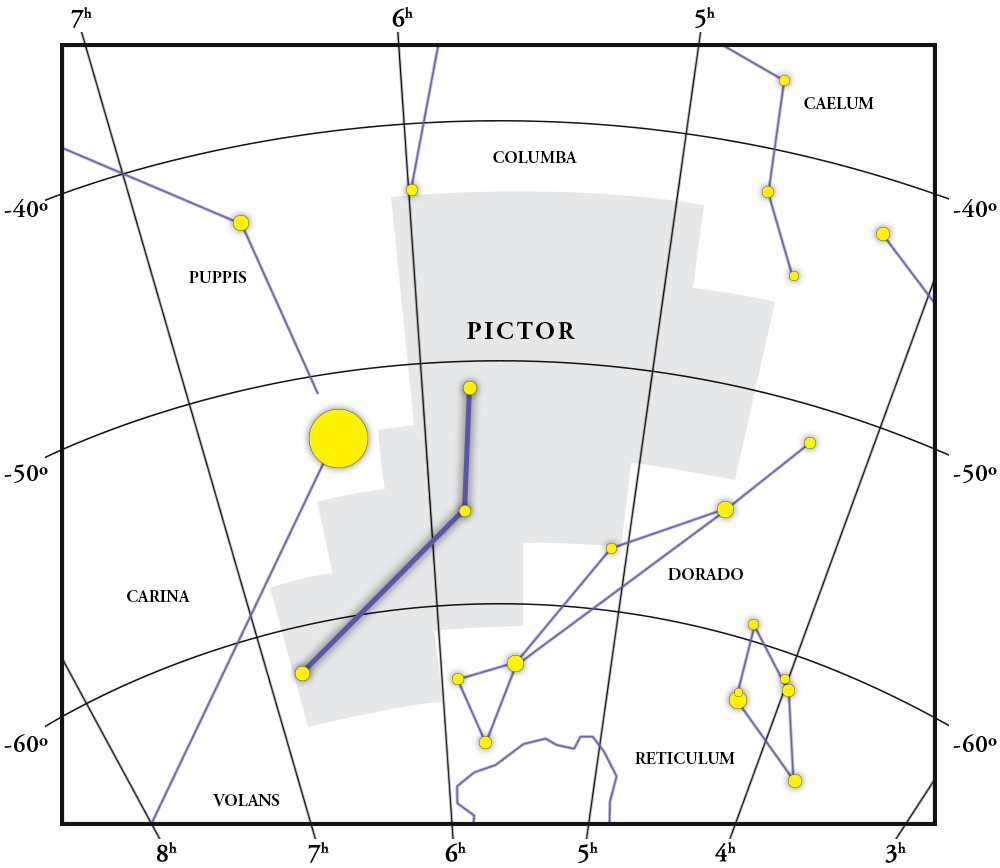 Place your star in Pictor!

The constellation Pictor contains several bright stars that make up its shape. Some of these main stars are known as:

You can now name your own star in the constellation of Pictor in just a few clicks. Name the star, view it in 3D and look it up with the OSR Star Finder App!