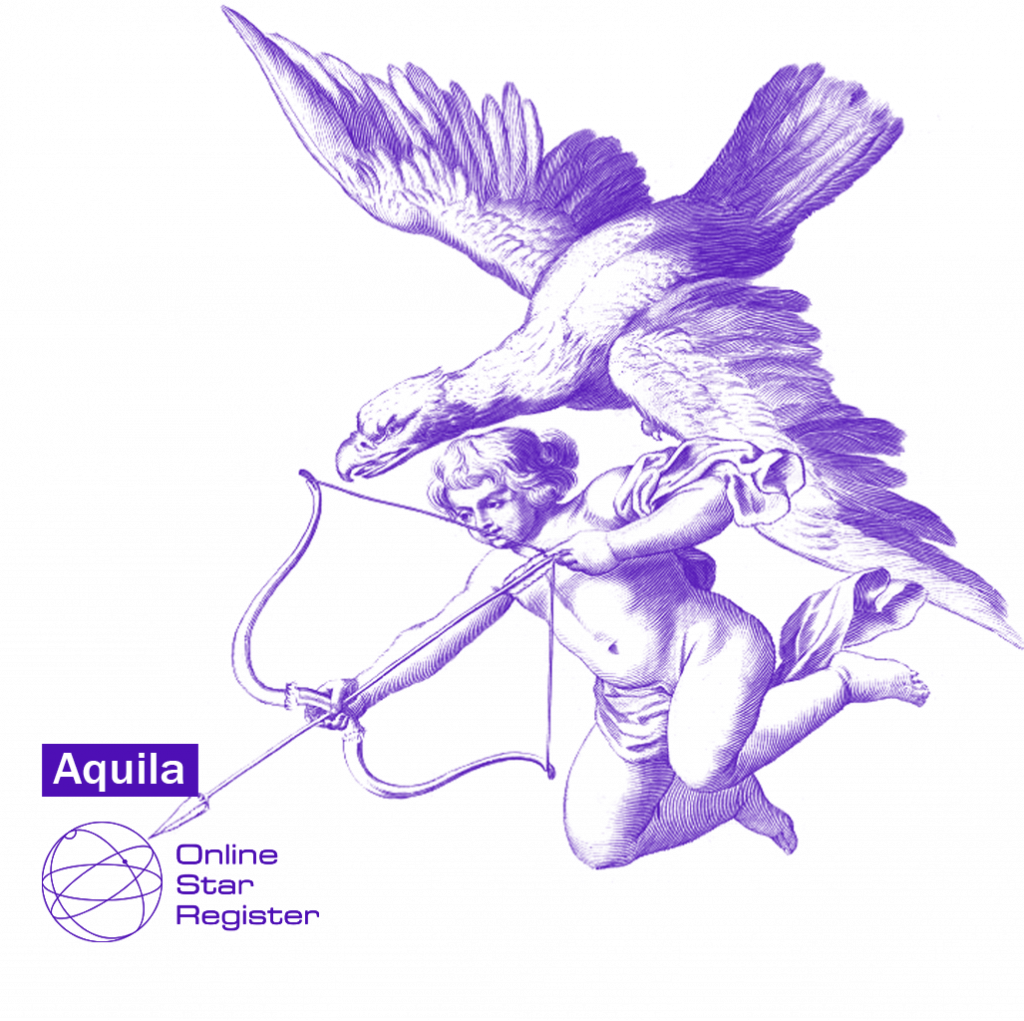 Aquila or The Eagle is one of the 88 constellations modern astronomers have divided the sky into. It's part of the Hercules constellation family. Aquila is best seen in September (from latitudes +85° to -75°).

Aquila represents the eagle of the Roman god, Jupiter and, in fact, gets its name from the Latin word meaning, ‘eagle’. It has seven stars with known planets and two meteor showers. In the Greek legends, this constellation represented the eagle that carried Zeus’ thunderbolts. It was also the eagle used to snatch away Ganymede, a favored servant of Zeus. Altair, the brightest star in the constellation, sits 12 light years away. 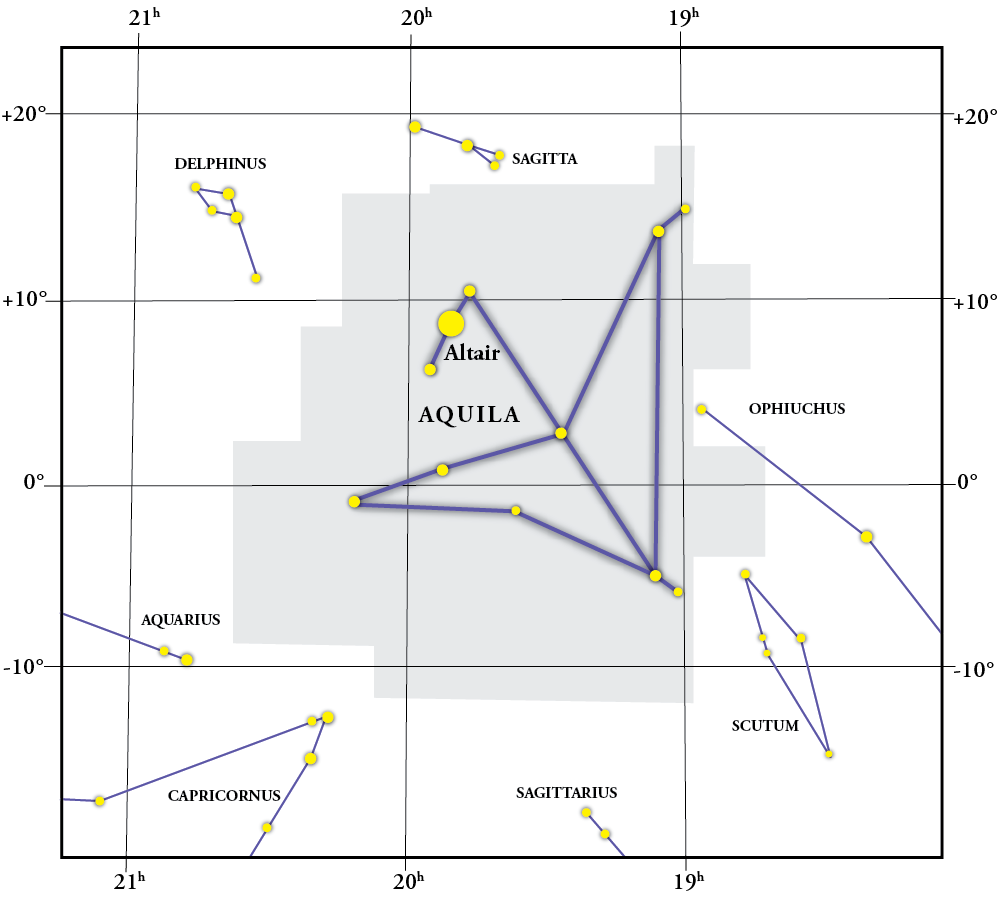 Place your star in Aquila!

Main Stars in The Eagle (Aquila)

The constellation Aquila contains several bright stars that make up its shape. Some of these main stars are known as:

You can now name your own star in the constellation of Aquila in just a few clicks. Name the star, view it in 3D and look it up with the OSR Star Finder App!