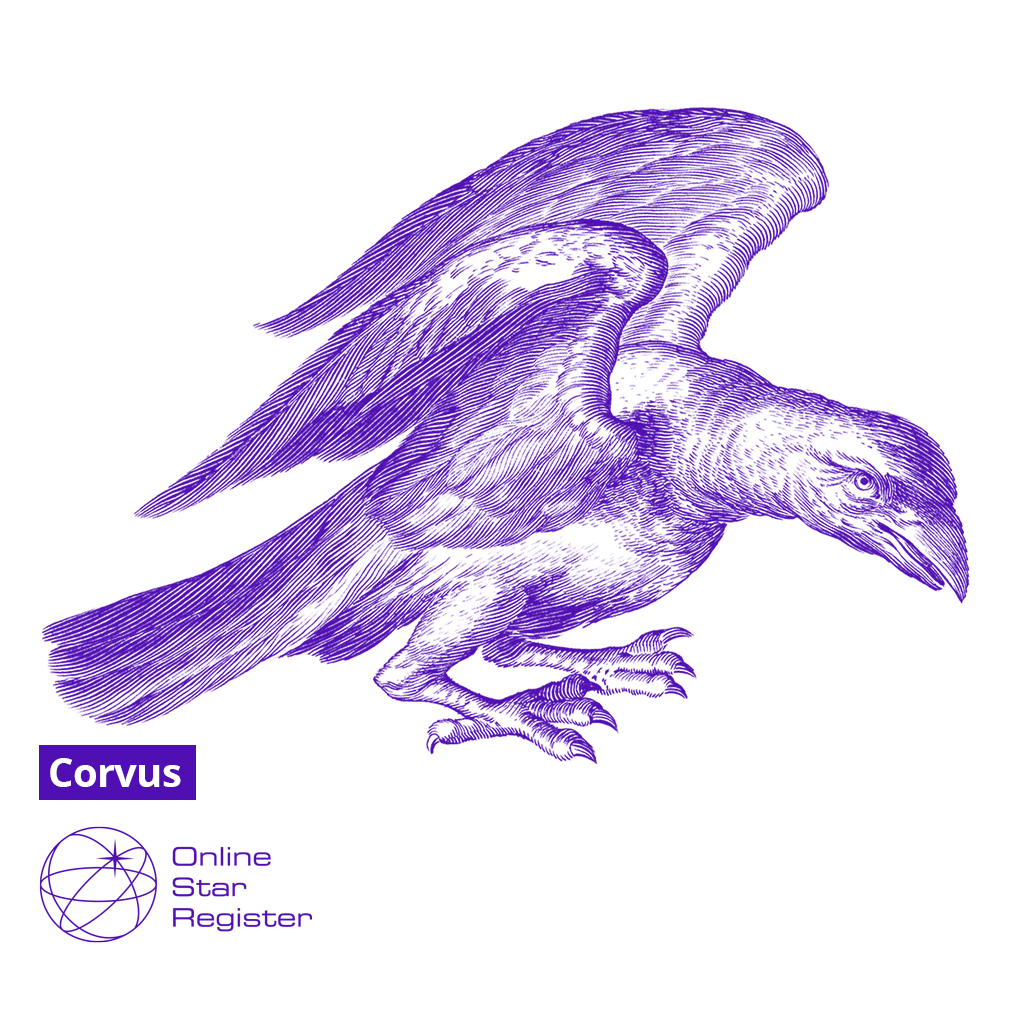 Corvus or The Crow is one of the 88 constellations modern astronomers have divided the sky into. It's part of the Hercules constellation family. Corvus is best seen in May (from latitudes +60° to -90°).

Corvus means ‘crow or raven’ in Latin and represents Apollo’s sacred bird in Greek mythology. Apollo punished the crow and sent him to the sky with a cup and snake after the crow made him mad. He condemned the crow to always be thirsty and that is why the crow is pecking the snake in the sky. He is trying to get to the cup on the snake’s back. Corvus is made up of seven main stars and contains the Antennae Galaxy. 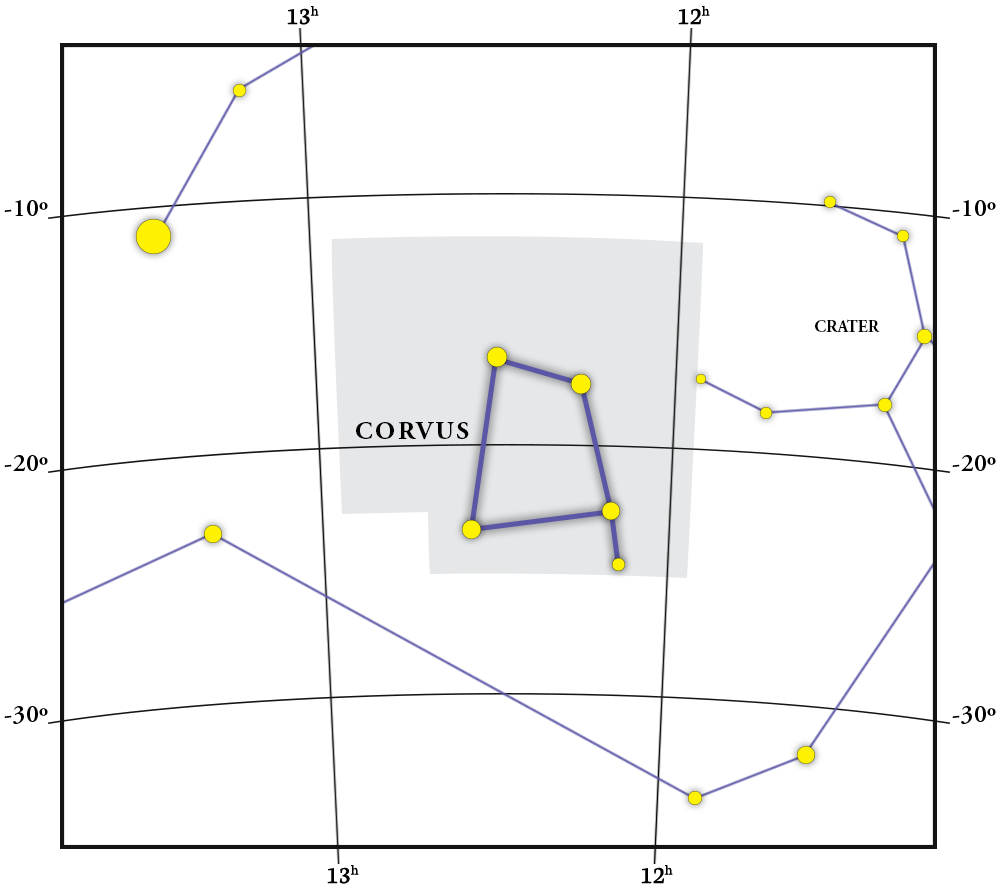 Place your star in Corvus!

Main Stars in The Crow (Corvus)

The constellation Corvus contains several bright stars that make up its shape. Some of these main stars are known as:

Some of the deep sky objects which have been discovered in Corvus include: Antennae Galaxies, NGC 4027, NGC 4361.

You can now name your own star in the constellation of Corvus in just a few clicks. Name the star, view it in 3D and look it up with the OSR Star Finder App!