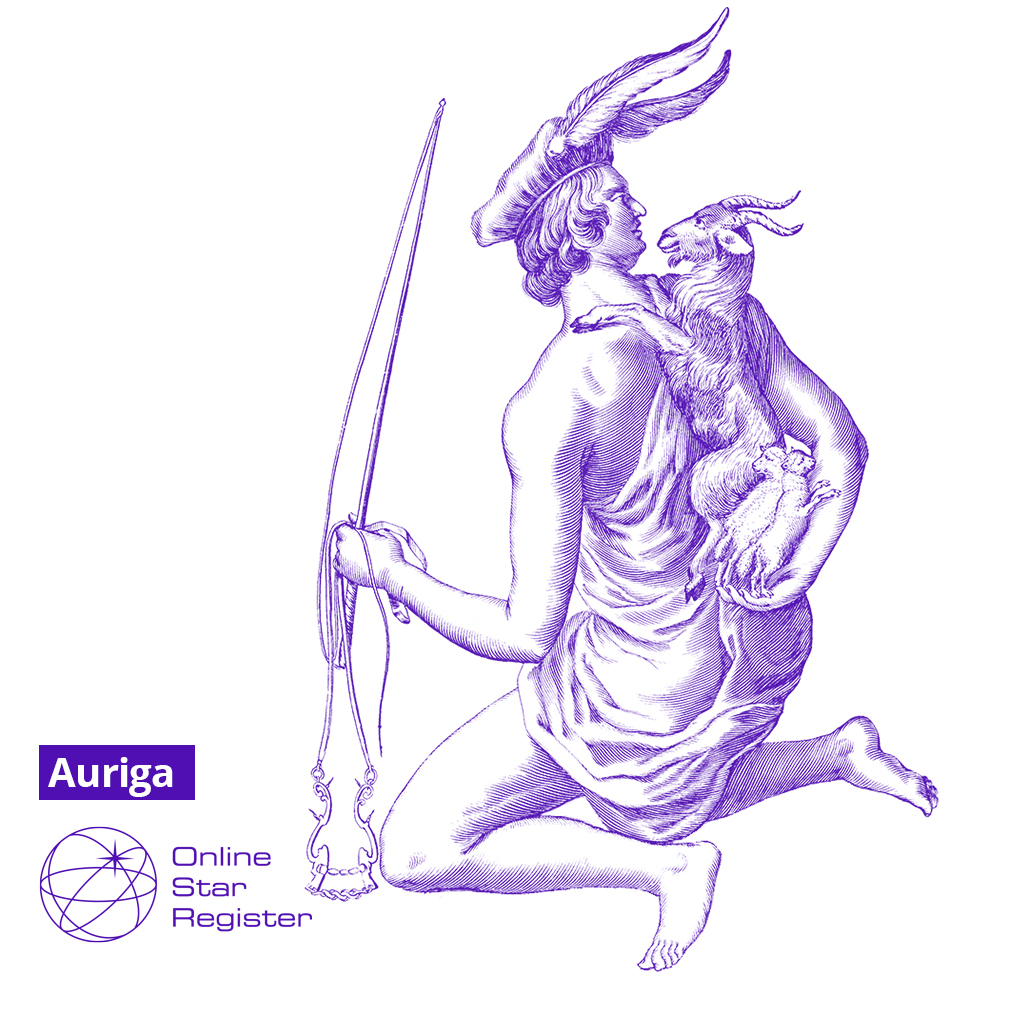 Auriga or The Charioteer is one of the 88 constellations modern astronomers have divided the sky into. It's part of the Perseus constellation family. Auriga is best seen in February (from latitudes +90° to -40°).

Auriga is located in the heart of the Milky Way. Auriga’s major stars form a pattern similar to the pointed helmet worn by a charioteer and for this reason it gets its name from the Latin meaning for the charioteer. Its brightest star is Capella, which is associated with the mythological she-goat Amalthea. The three stars Epsilon, Zeta and Eta Aurigae are called the ‘Kids’. With his right hand, the charioteer grasps the reins of a chariot, while on his left arm he carries a goat and its two kids. 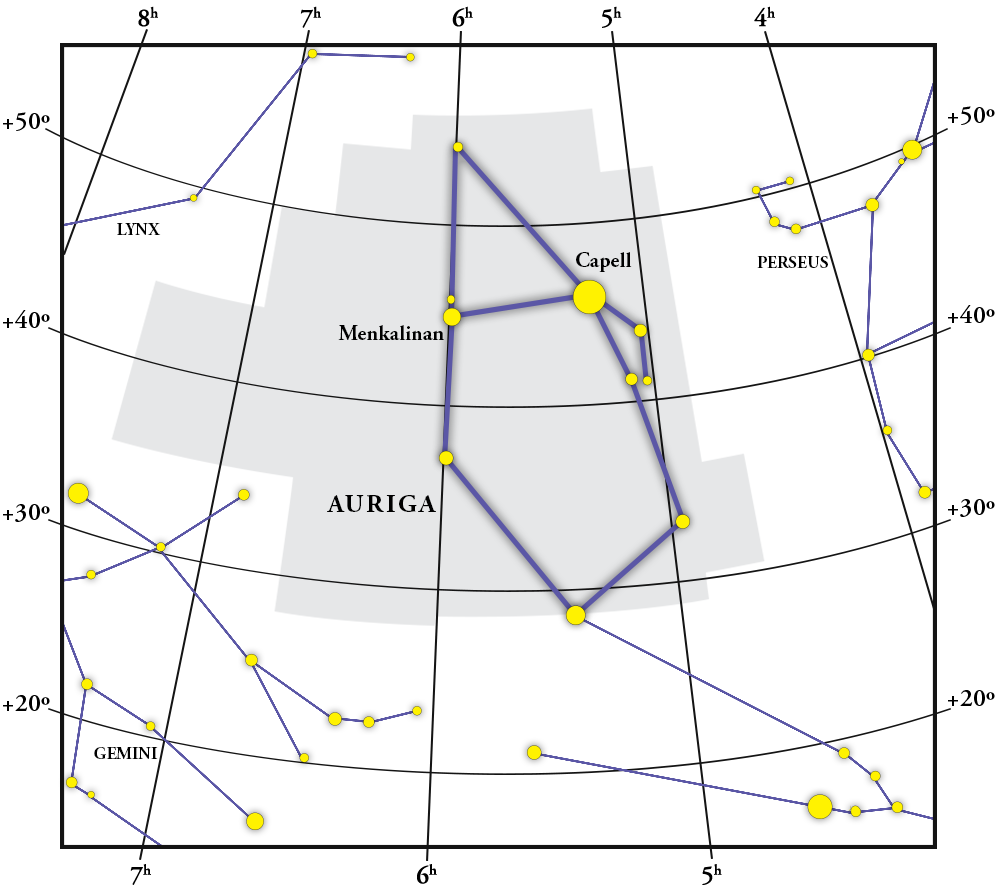 Place your star in Auriga!

Main Stars in The Charioteer (Auriga)

The constellation Auriga contains several bright stars that make up its shape. Some of these main stars are known as:

Some of the deep sky objects which have been discovered in Auriga include: Messier 36, Messier 37, Messier 38, The Flaming Star Nebula, IC 410.

You can now name your own star in the constellation of Auriga in just a few clicks. Name the star, view it in 3D and look it up with the OSR Star Finder App!