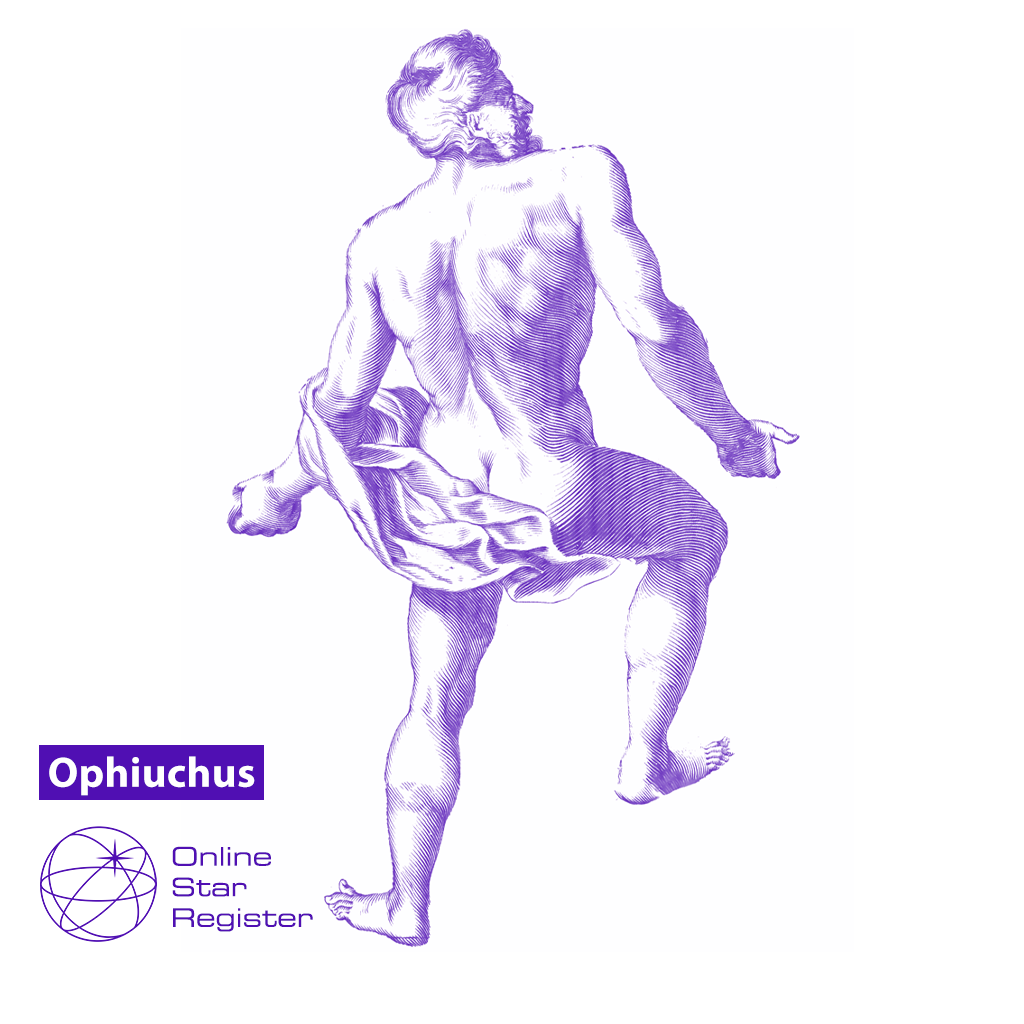 Ophiuchus or The Serpent Bearer is one of the 88 constellations modern astronomers have divided the sky into. It's part of the Hercules constellation family. Ophiuchus is best seen in July (from latitudes +80° to -80°).

Ophiuchus represents a man with a snake coiled around his waist. He holds the head of the snake in his left hand and its tail in his right hand. The snake is the constellation Serpens. It has 22 main stars with a special nebula called the Dark Horse. It got its name from its resemblance to the silhouette of a horse. In Greek Myth, Asclepius, a healer, was killed when Zeus thought he would make the human race immortal. Zeus placed his image in the sky. 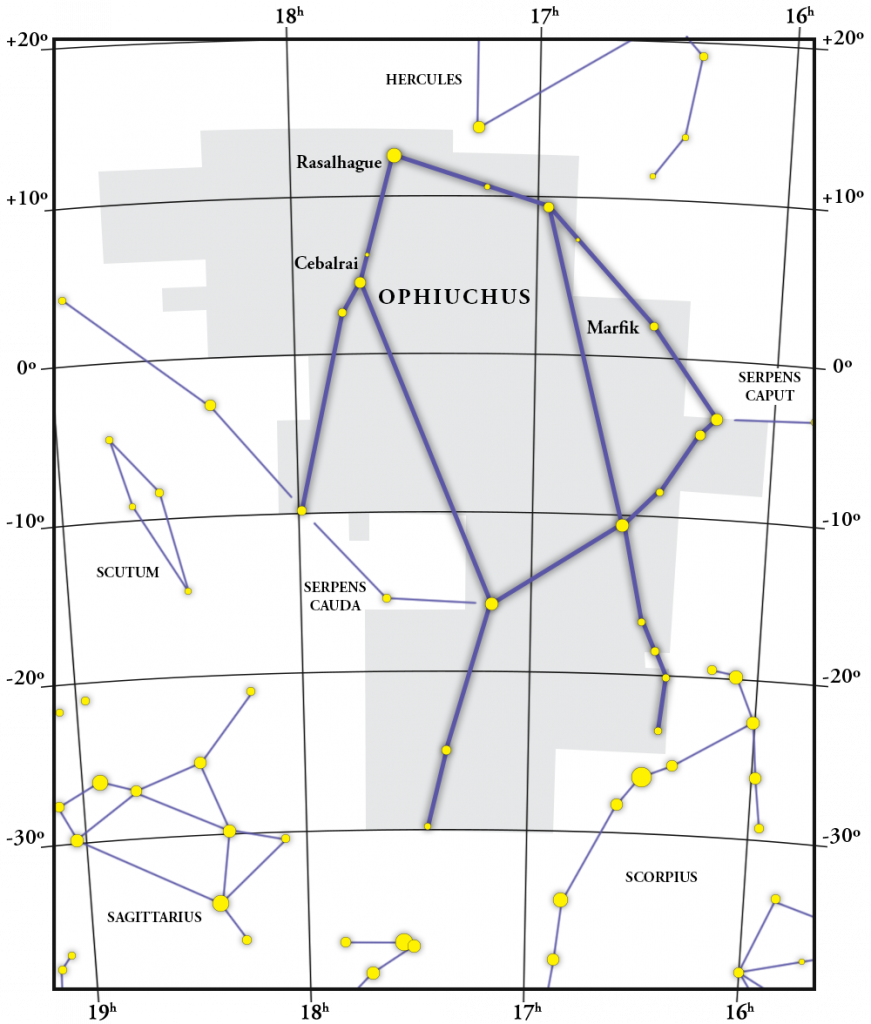 Place your star in Ophiuchus!

The constellation Ophiuchus contains several bright stars that make up its shape. Some of these main stars are known as:

You can now name your own star in the constellation of Ophiuchus in just a few clicks. Name the star, view it in 3D and look it up with the OSR Star Finder App!