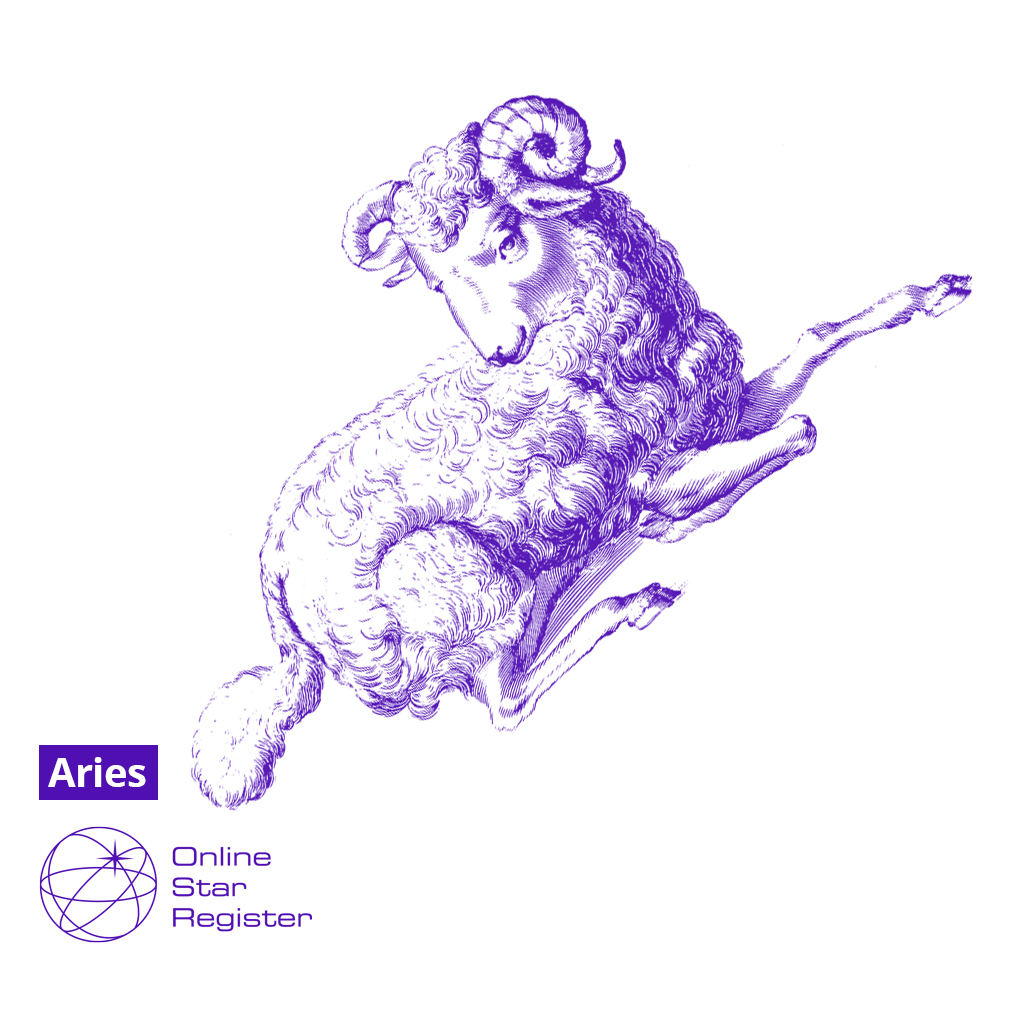 Aries or The Ram is one of the 88 constellations modern astronomers have divided the sky into. It's part of the Zodiac constellation family. Aries is best seen in December (from latitudes +90° to -60°).

Aries, Latin for ram, is symbolized by the set of horns found on a ram’s head. Six stars span the constellation with a double star located at the ram’s nose. The constellation is associated with the story about Jason and the Golden Fleece in Greek mythology. The Ram’s golden fleece was the object of Jason’s quest. In astrology, people born under the sign Aries are usually adventurous and independent. 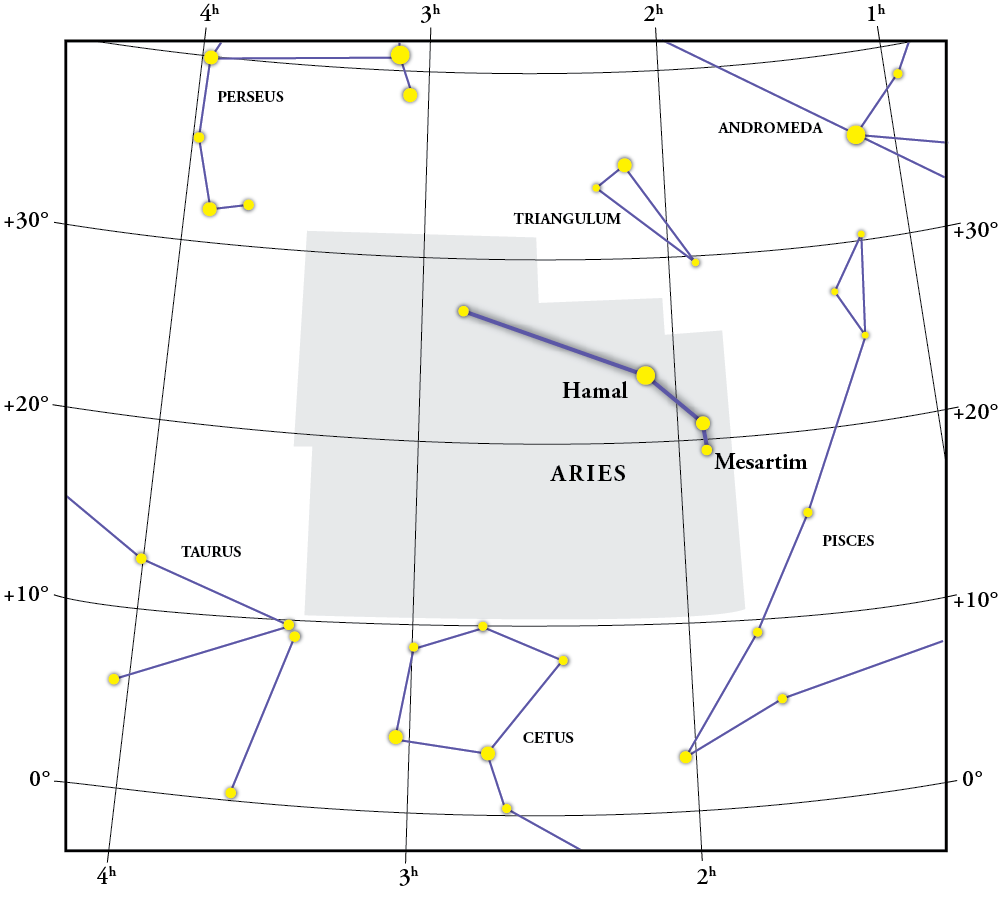 Place your star in Aries!

Main Stars in The Ram (Aries)

The constellation Aries contains several bright stars that make up its shape. Some of these main stars are known as:

You can now name your own star in the constellation of Aries in just a few clicks. Name the star, view it in 3D and look it up with the OSR Star Finder App!