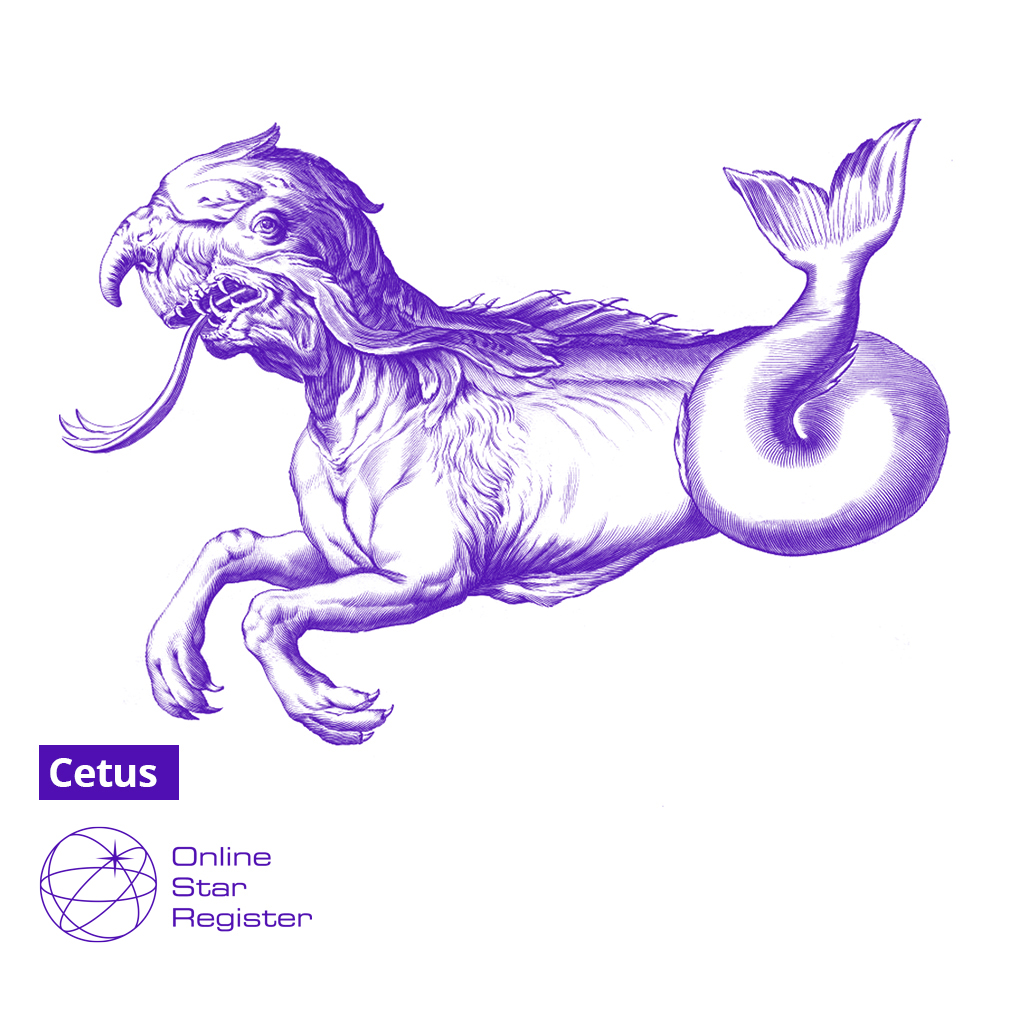 Cetus or The Sea Monster is one of the 88 constellations modern astronomers have divided the sky into. It's part of the Perseus constellation family. Cetus is best seen in December (from latitudes +70° to -90°).

Poseidon’s great sea monster used to teach Cassiopeia a lesson, Cetus was sent to devour Andromeda. Cassiopeia’s vanity boasted that she was more beautiful than the sea nymphs. The Greeks created this hybrid creature with enormous jaws, small hands, a scaly body, and a tail that coiled. The constellation has four main stars and three meteor showers. 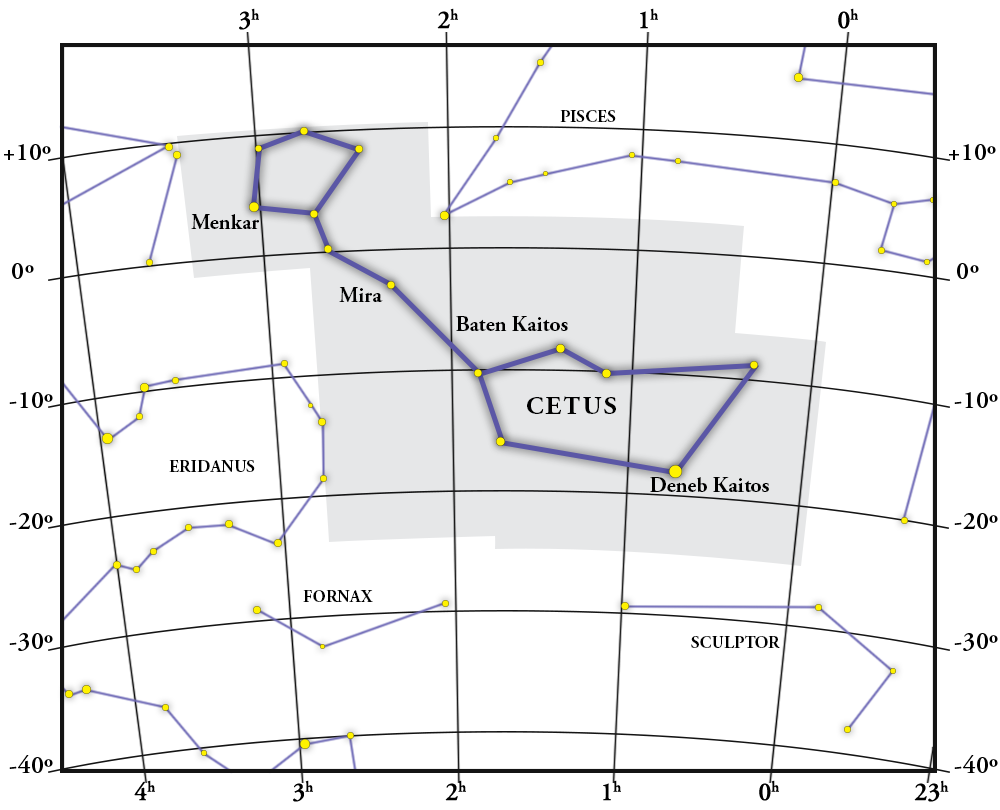 Place your star in Cetus!

The constellation Cetus contains several bright stars that make up its shape. Some of these main stars are known as:

You can now name your own star in the constellation of Cetus in just a few clicks. Name the star, view it in 3D and look it up with the OSR Star Finder App!