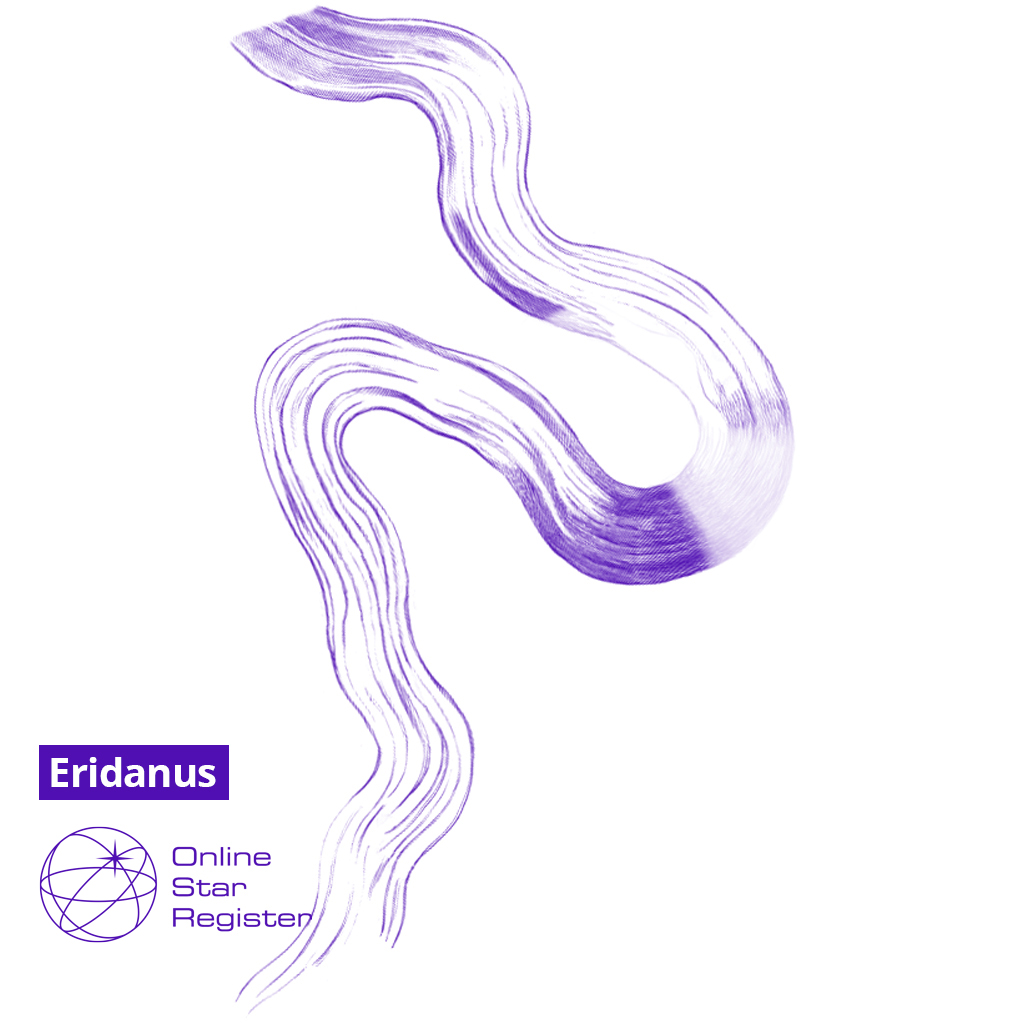 Eridanus or The River is one of the 88 constellations modern astronomers have divided the sky into. It's part of the Heavenly Waters constellation family. Eridanus is best seen in December (from latitudes +60° to -90°).

Eridanus is usually depicted as a river flowing from the waters poured by Aquarius. Eratosthenes said that the constellation represented the Nile, ‘the only river which runs from south to north’. The fact is that the celestial river is visualized as flowing from north to south, opposite to the direction of the real Nile. The Greeks believed that this was the river that Phaethon was thrown into for thinking he could control the Sun god’s chariot. 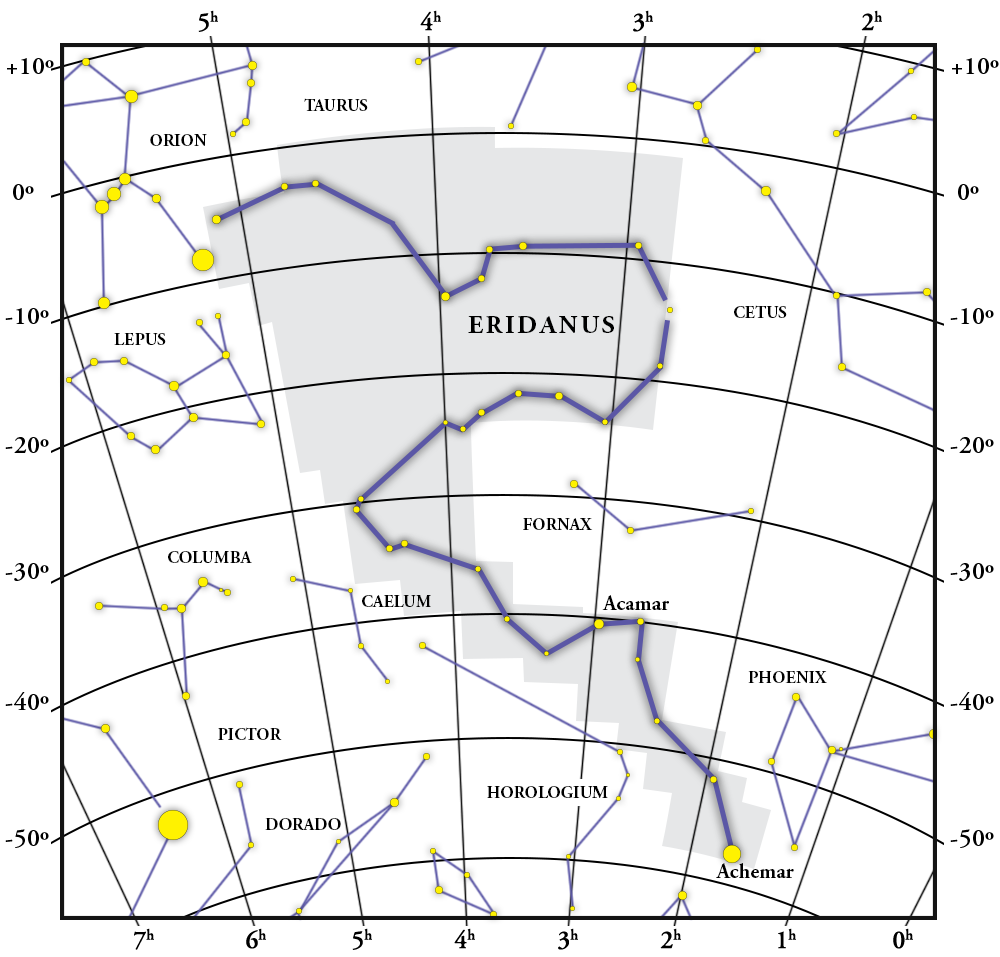 Place your star in Eridanus!

Main Stars in The River (Eridanus)

The constellation Eridanus contains several bright stars that make up its shape. Some of these main stars are known as:

Some of the deep sky objects which have been discovered in Eridanus include: Witch Head Nebula, Eridanus Group, NGC 1300, NGC 1232, NGC 1535, Eridanus Supervoid, NGC 1309.

You can now name your own star in the constellation of Eridanus in just a few clicks. Name the star, view it in 3D and look it up with the OSR Star Finder App!