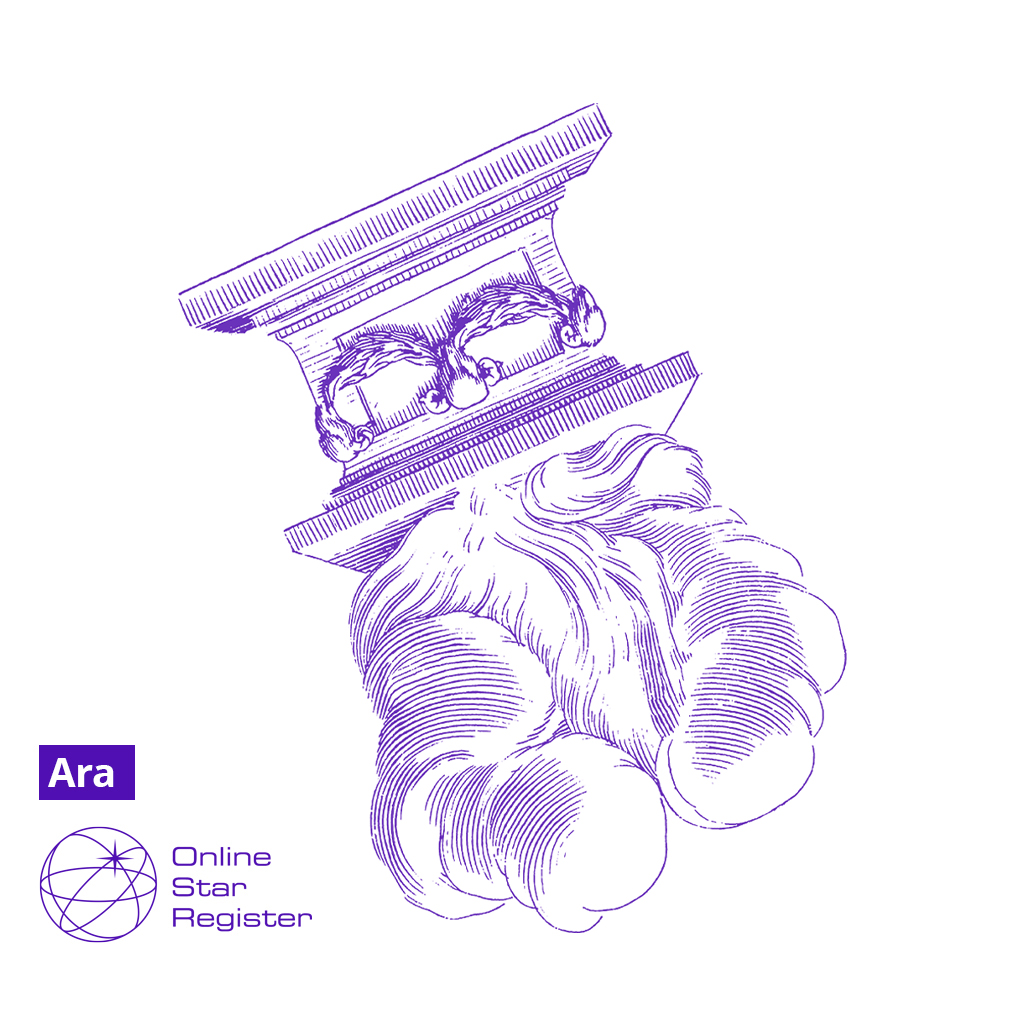 Ara or The Altar is one of the 88 constellations modern astronomers have divided the sky into. It's part of the Hercules constellation family. Ara is best seen in July (from latitudes +25° to -90°).

Ara has seven stars with known planets and is usually depicted with its base to the north and its flames rising southwards as described by Ptolemy. This altar was special to the Greeks because it was used by the gods themselves to swear a vow of allegiance before their fight against the Titans. The Greeks regarded Ara as a sign of storms at sea. If the altar was visible while clouds covered other stars, mariners could expect southerly gales. 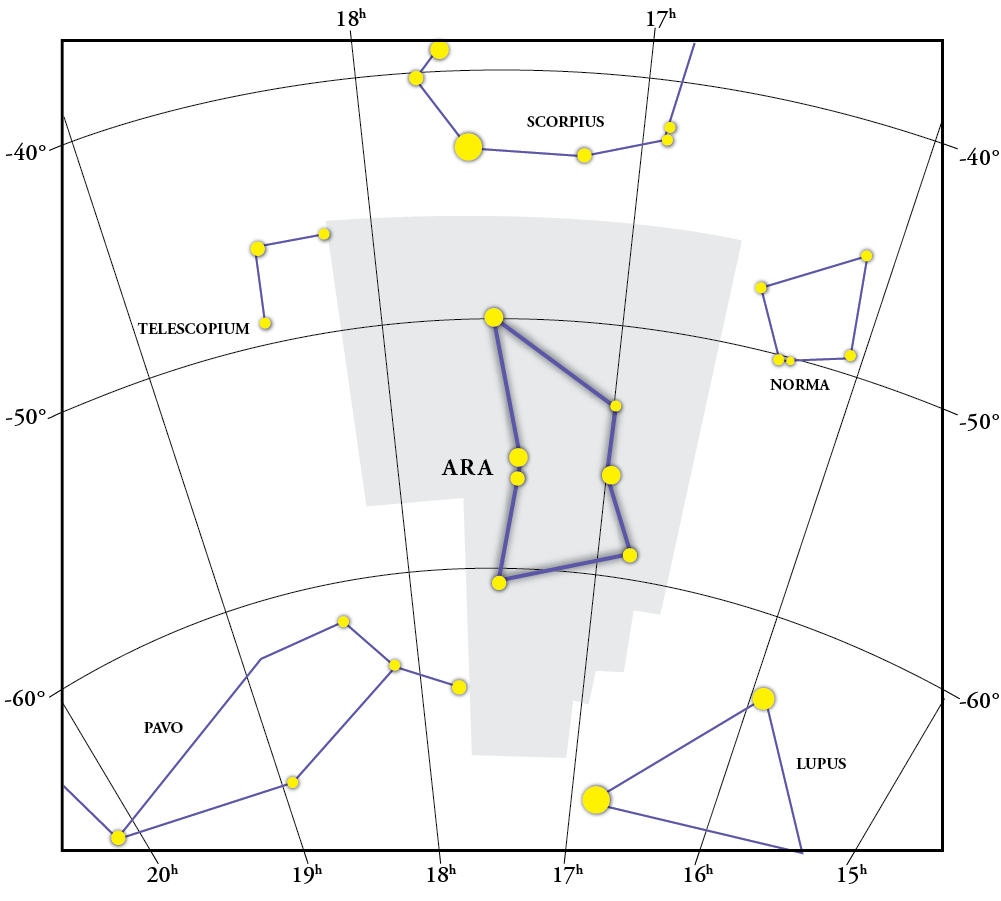 Place your star in Ara!

Main Stars in The Altar (Ara)

The constellation Ara contains several bright stars that make up its shape. Some of these main stars are known as:

Some of the deep sky objects which have been discovered in Ara include: NGC 6193, NGC 6397, The Stingray Nebula.

You can now name your own star in the constellation of Ara in just a few clicks. Name the star, view it in 3D and look it up with the OSR Star Finder App!