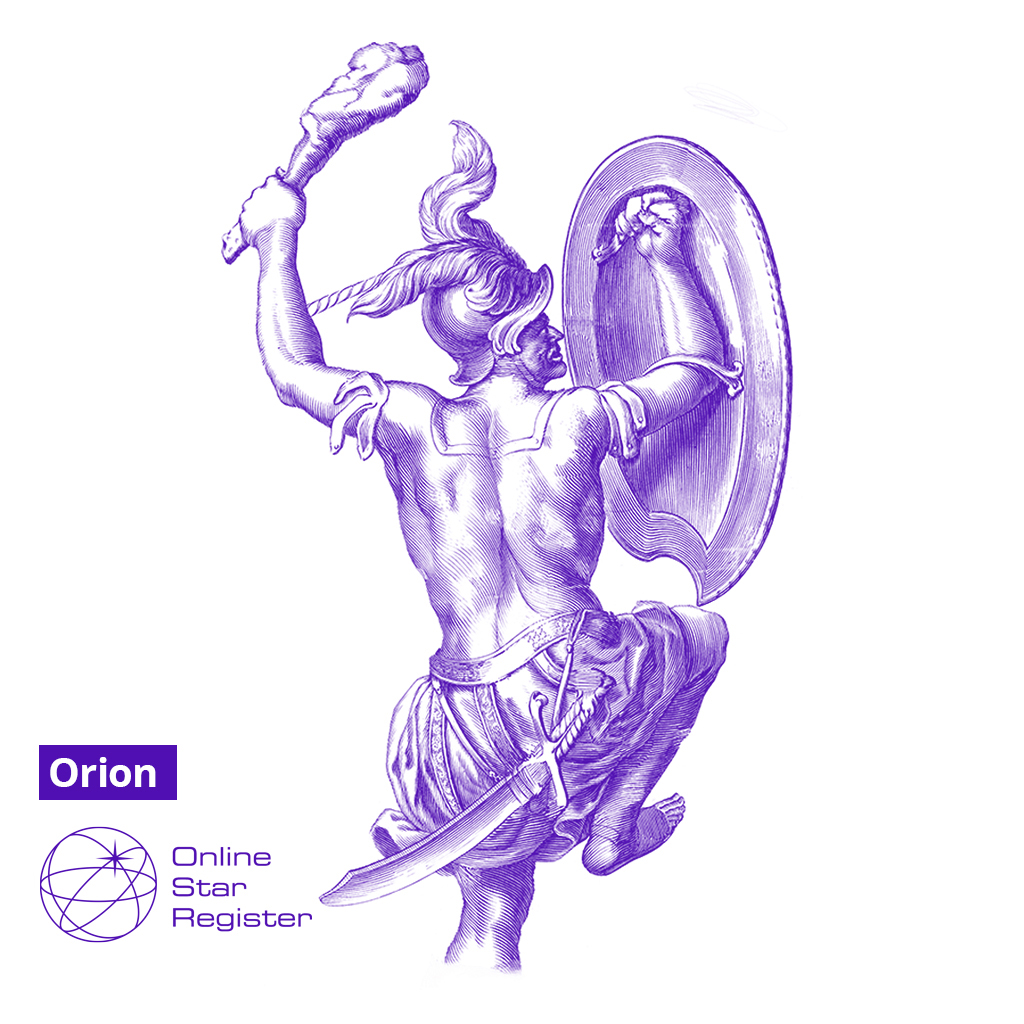 Orion or The Hunter is one of the 88 constellations modern astronomers have divided the sky into. It's part of the Orion constellation family. Orion is best seen in January (from latitudes +85° to -75°).

Three of the twenty-five brightest stars in the sky are found in Orion, and their brightness makes the structure of a man in the constellation easy to see. His upraised club-wielding arm sweeps into the Milky Way and his other hand holds a lion’s pelt. Orange tinted Betelgeuse is the alpha star and represents his right shoulder. In mythology, Orion was a powerful hunter who was killed by a sting from Scorpius. 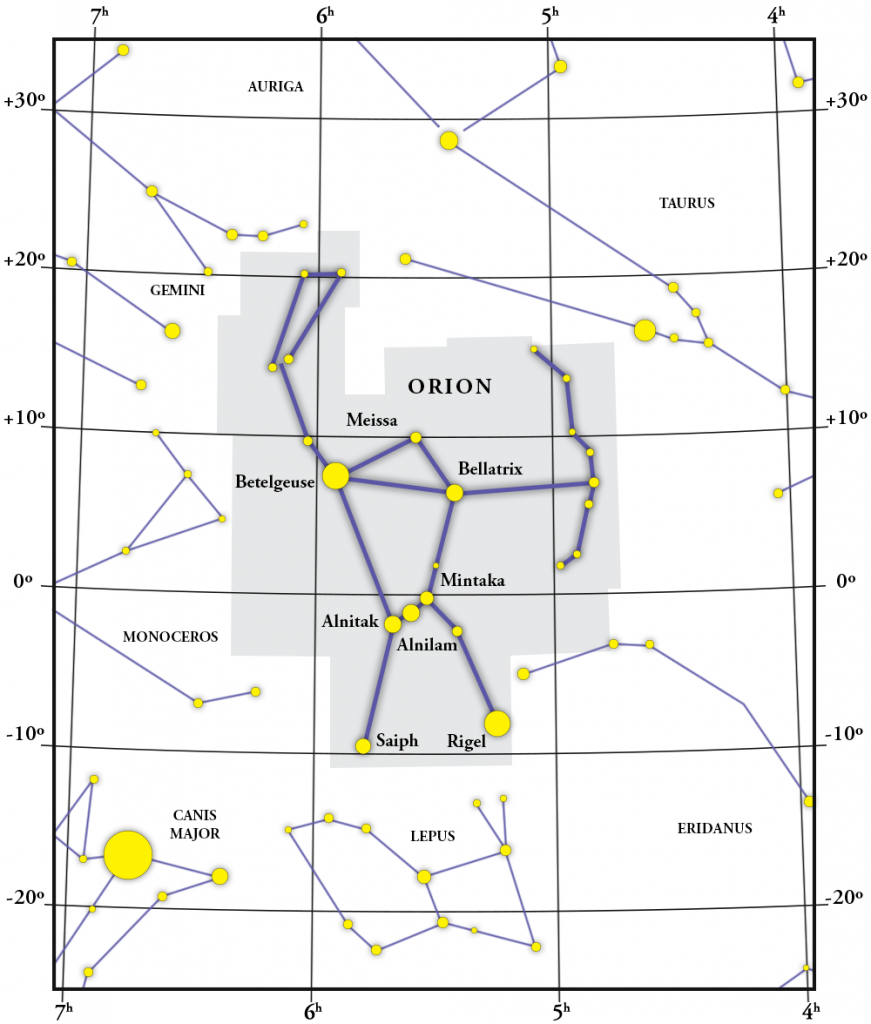 Place your star in Orion!

Main Stars in The Hunter (Orion)

The constellation Orion contains several bright stars that make up its shape. Some of these main stars are known as:

Some of the deep sky objects which have been discovered in Orion include: Orion Molecular Cloud Complex, Orion Nebula, The Trapezium, De Mairan’s Nebula, Messier 78, Horsehead Nebula, Barnard's Loop.

You can now name your own star in the constellation of Orion in just a few clicks. Name the star, view it in 3D and look it up with the OSR Star Finder App!