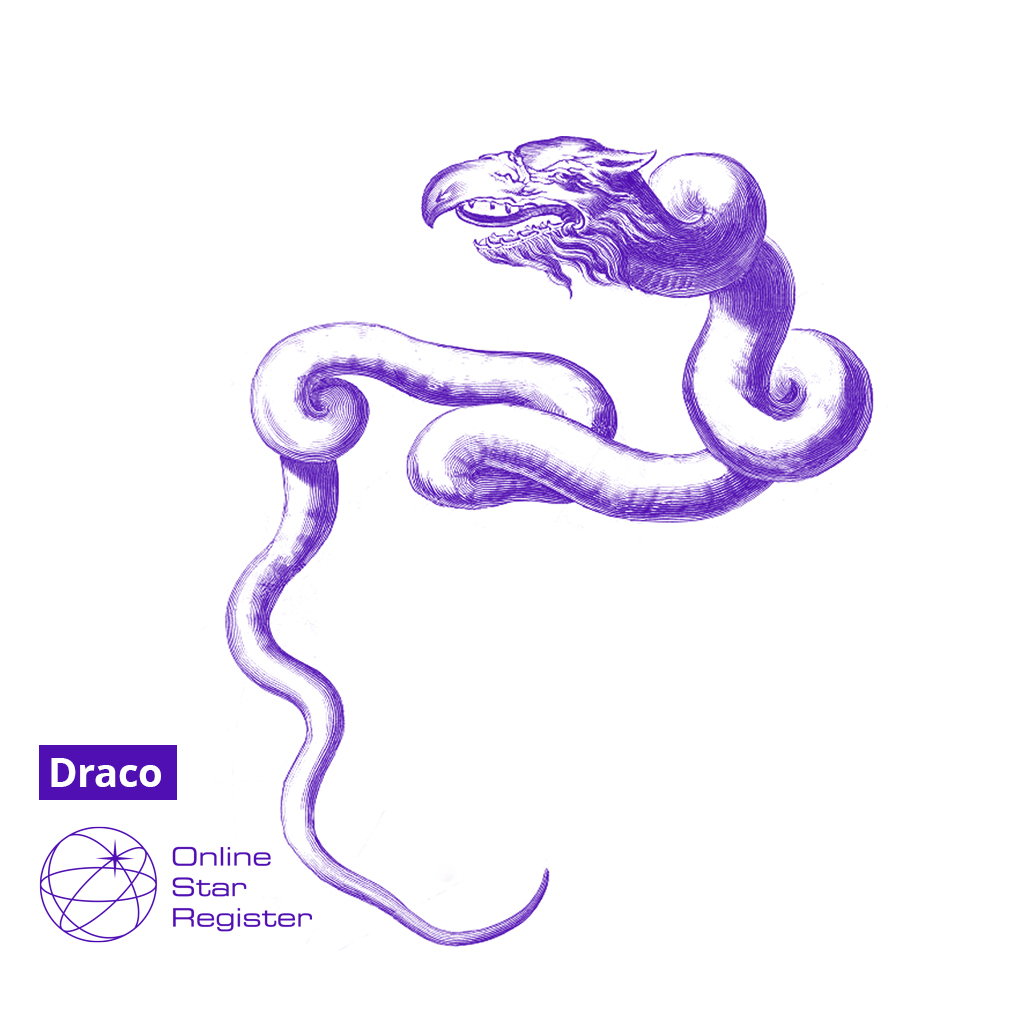 Draco or The Dragon is one of the 88 constellations modern astronomers have divided the sky into. It's part of the Ursa Major constellation family. Draco is best seen in July (from latitudes +90° to -15°).

Coiled around the sky’s north pole is the celestial dragon, Draco. It is said that this dragon protected Hesperides’ garden, which had a tree with golden apples. The constellation is made up of 21 main stars and most notably the ‘Zenith’ star. As part of Hercules’ Twelve Labors, the dragon is killed while protecting the golden apples from Hercules. Hera placed him in the sky to always remember his sacrifice. 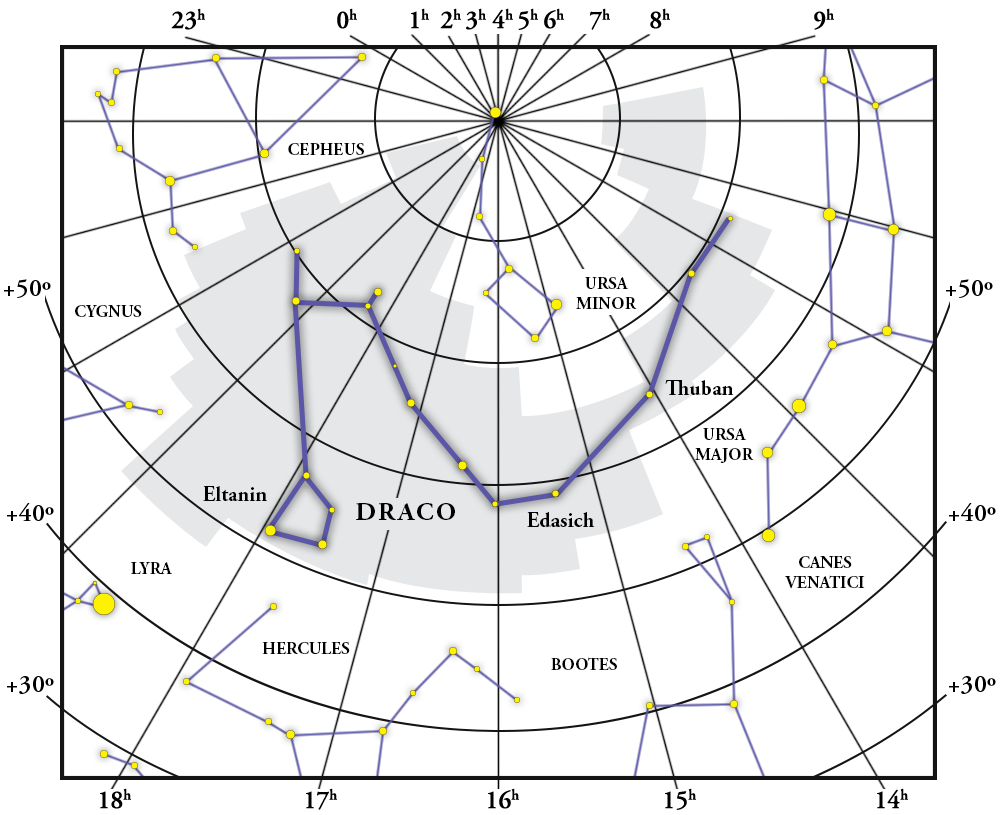 Place your star in Draco!

Main Stars in The Dragon (Draco)

The constellation Draco contains several bright stars that make up its shape. Some of these main stars are known as:

Some of the deep sky objects which have been discovered in Draco include: Cat’s Eye Nebula, Spindle Galaxy, Draco Dwarf Galaxy, Abell 2218, Tadpole Galaxy, Q1634+706, NGC 6340.

You can now name your own star in the constellation of Draco in just a few clicks. Name the star, view it in 3D and look it up with the OSR Star Finder App!