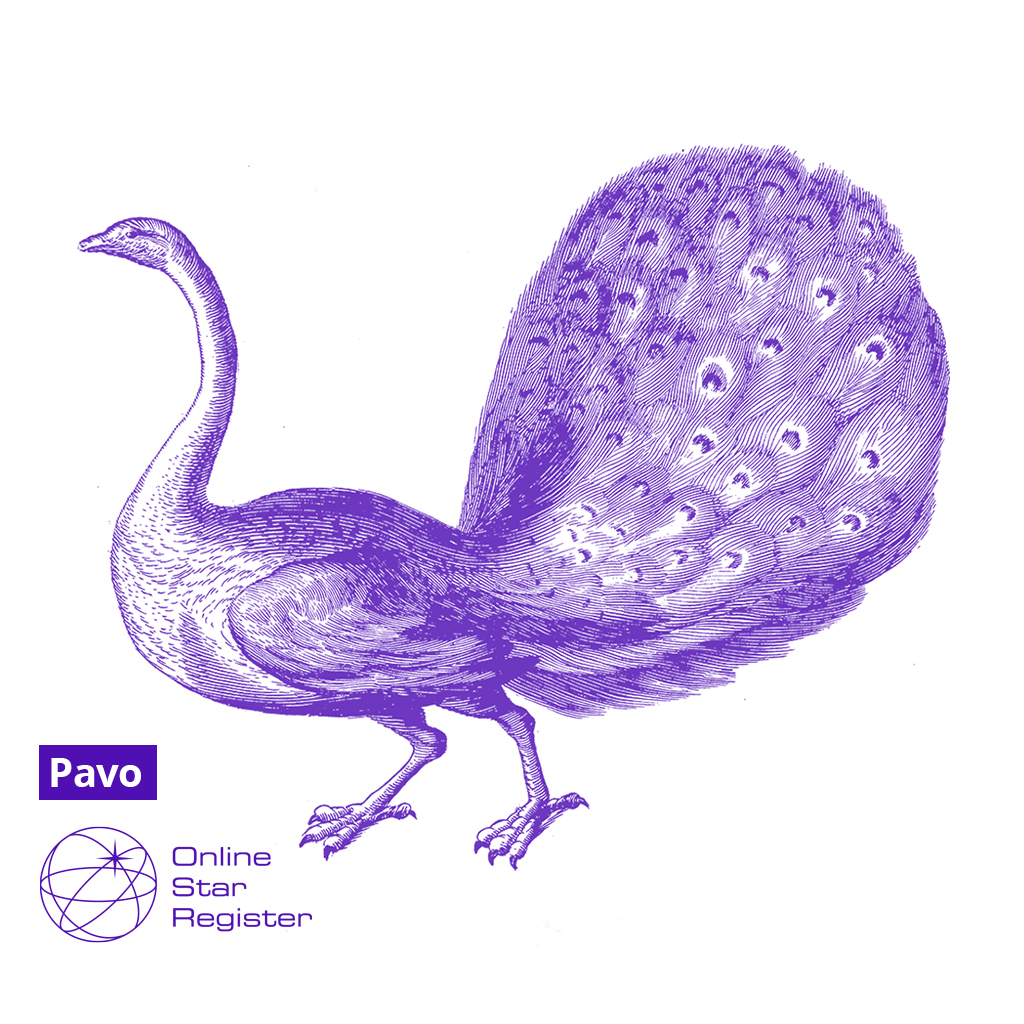 Pavo or The Peacock is one of the 88 constellations modern astronomers have divided the sky into. It's part of the Bayer constellation family. Pavo is best seen in September (from latitudes +15° to -90°).

This constellation may be represented by the more aggressive peacock, the Java green peacock, which the Dutch navigators who invented this, would have seen in the East Indies. In Greek mythology, the peacock was the goddess, Hera’s sacred bird who had a chariot drawn by a flock of these magnificent birds. The brightest star in Pavo, called Alpha Pavonis, is a blue-white subgiant found 179 light years from our solar system. 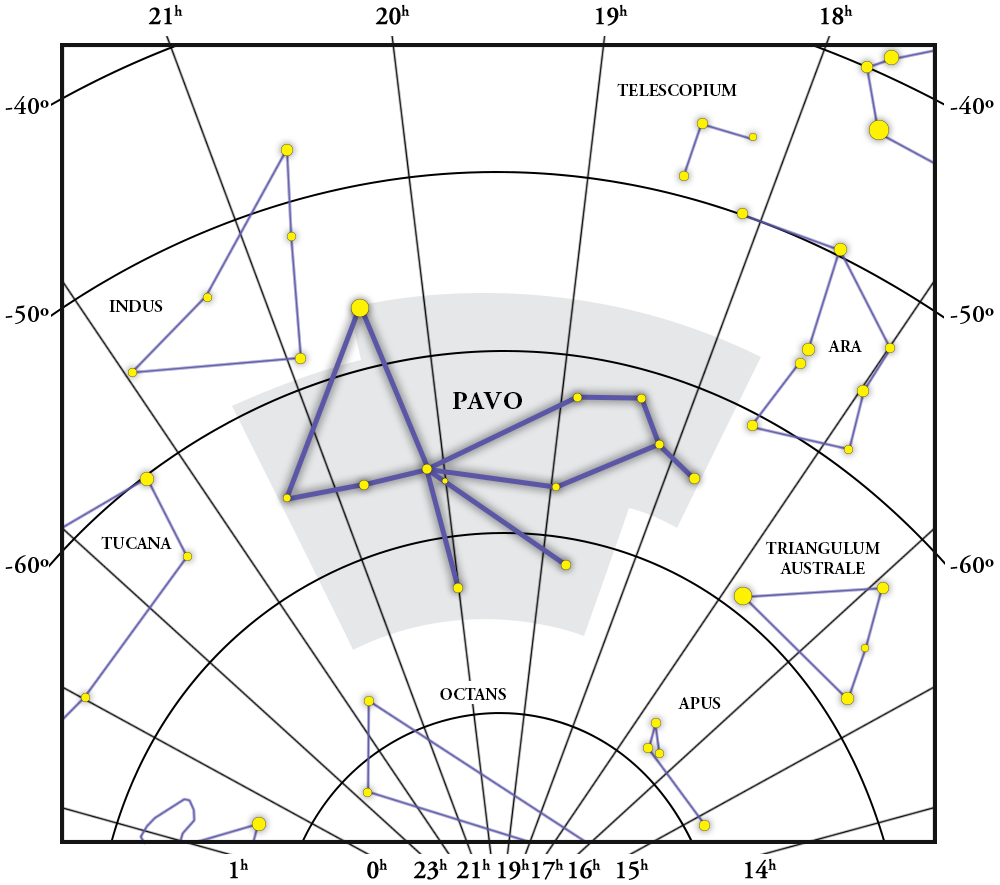 Place your star in Pavo!

Main Stars in The Peacock (Pavo)

The constellation Pavo contains several bright stars that make up its shape. Some of these main stars are known as:

You can now name your own star in the constellation of Pavo in just a few clicks. Name the star, view it in 3D and look it up with the OSR Star Finder App!