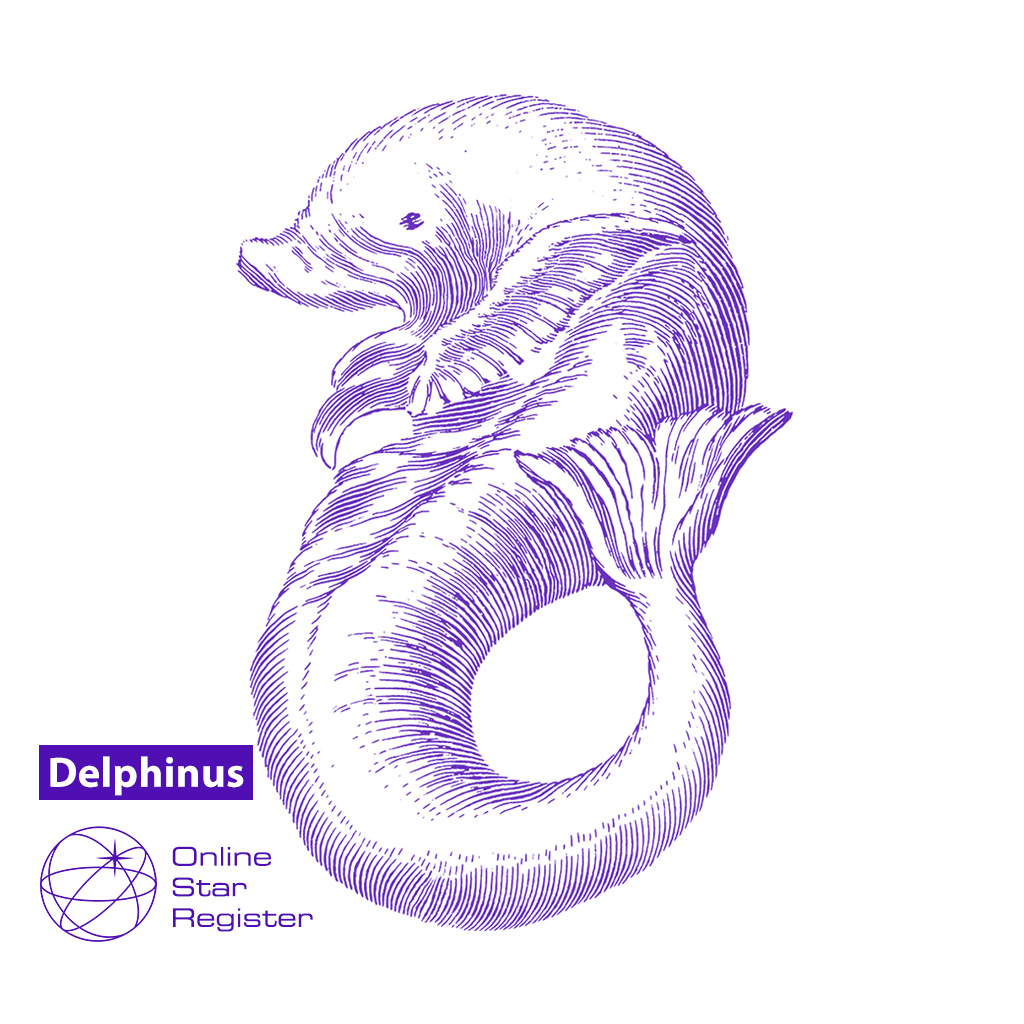 Delphinus or The Dolphin is one of the 88 constellations modern astronomers have divided the sky into. It's part of the Heavenly Waters constellation family. Delphinus is best seen in September (from latitudes +90° to -70°).

Delphinus was granted a place in the sky because he was a favorite of the Greek sea god Poseidon. It was at one time referred to as Job’s coffin. The constellation contains six main stars that make up its shape. Two stars in Delphinus have the peculiar names Sualocin and Rotanev. Read backward, these names spell out Nicolaus Venator, the only astronomer to name a star after himself and get away with it. 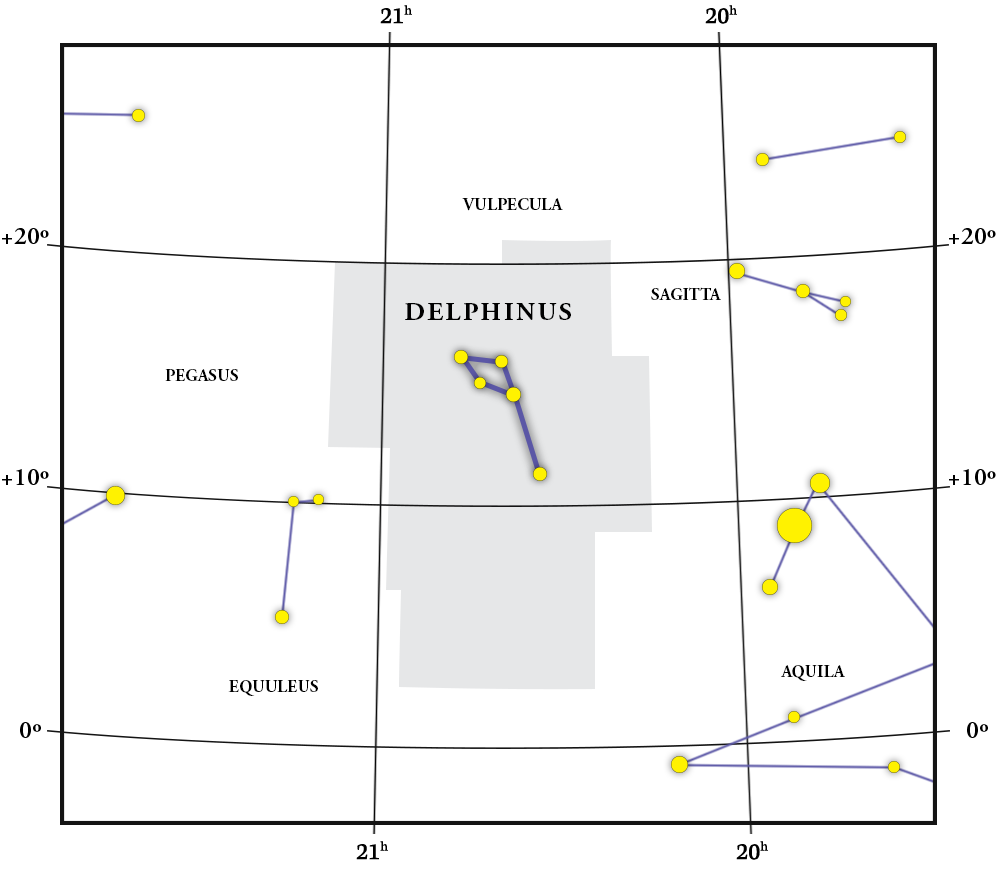 Place your star in Delphinus!

Main Stars in The Dolphin (Delphinus)

The constellation Delphinus contains several bright stars that make up its shape. Some of these main stars are known as:

You can now name your own star in the constellation of Delphinus in just a few clicks. Name the star, view it in 3D and look it up with the OSR Star Finder App!