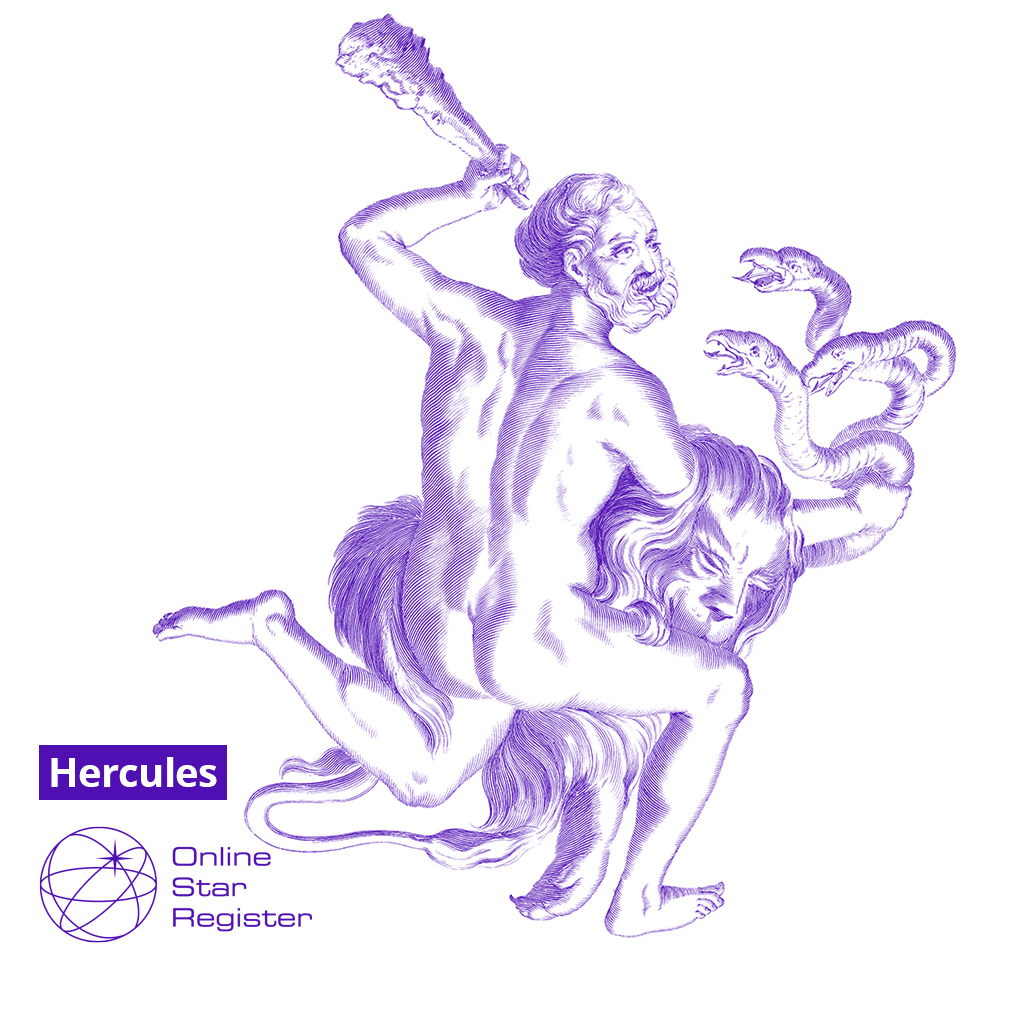 Hercules or The Strongman is one of the 88 constellations modern astronomers have divided the sky into. It's part of the Hercules constellation family. Hercules is best seen in July (from latitudes +90° to -50°).

In the sky, he is depicted with his feet towards the north celestial pole, his left foot on the head of the dragon, Draco. Hercules wears a lion’s skin and in his right-hand brandishes a club, his favorite weapon. Alpha Herculis, a red giant star that varies from third to the fourth magnitude, is called Rasalgethi, from the Arabic meaning ‘the kneeler’s head’, which it marks. It is made up of 29 main stars and has a globular cluster (Messier 13) that contains around 300,000 stars. 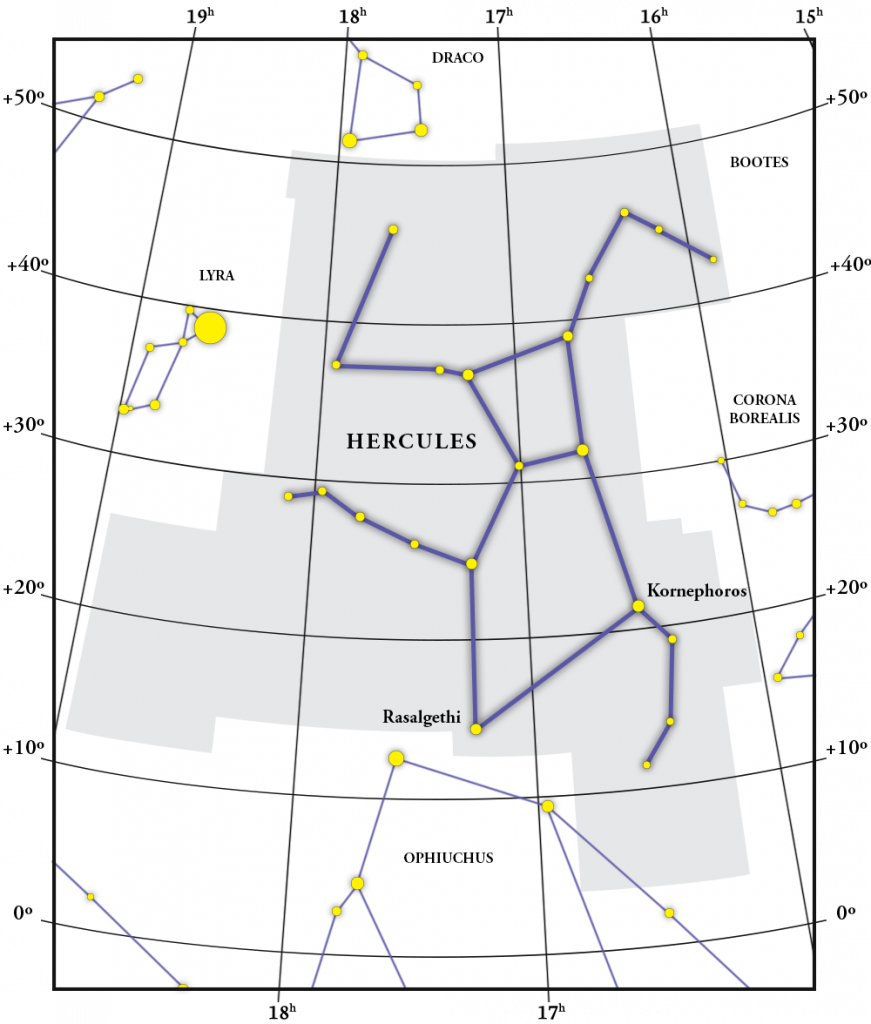 Place your star in Hercules!

Main Stars in The Strongman (Hercules)

The constellation Hercules contains several bright stars that make up its shape. Some of these main stars are known as:

Some of the deep sky objects which have been discovered in Hercules include: The Great Globular Cluster, Messier 92, Hercules Cluster, Abell 39, Abell 2199, Arp 272, Hercules A.

You can now name your own star in the constellation of Hercules in just a few clicks. Name the star, view it in 3D and look it up with the OSR Star Finder App!