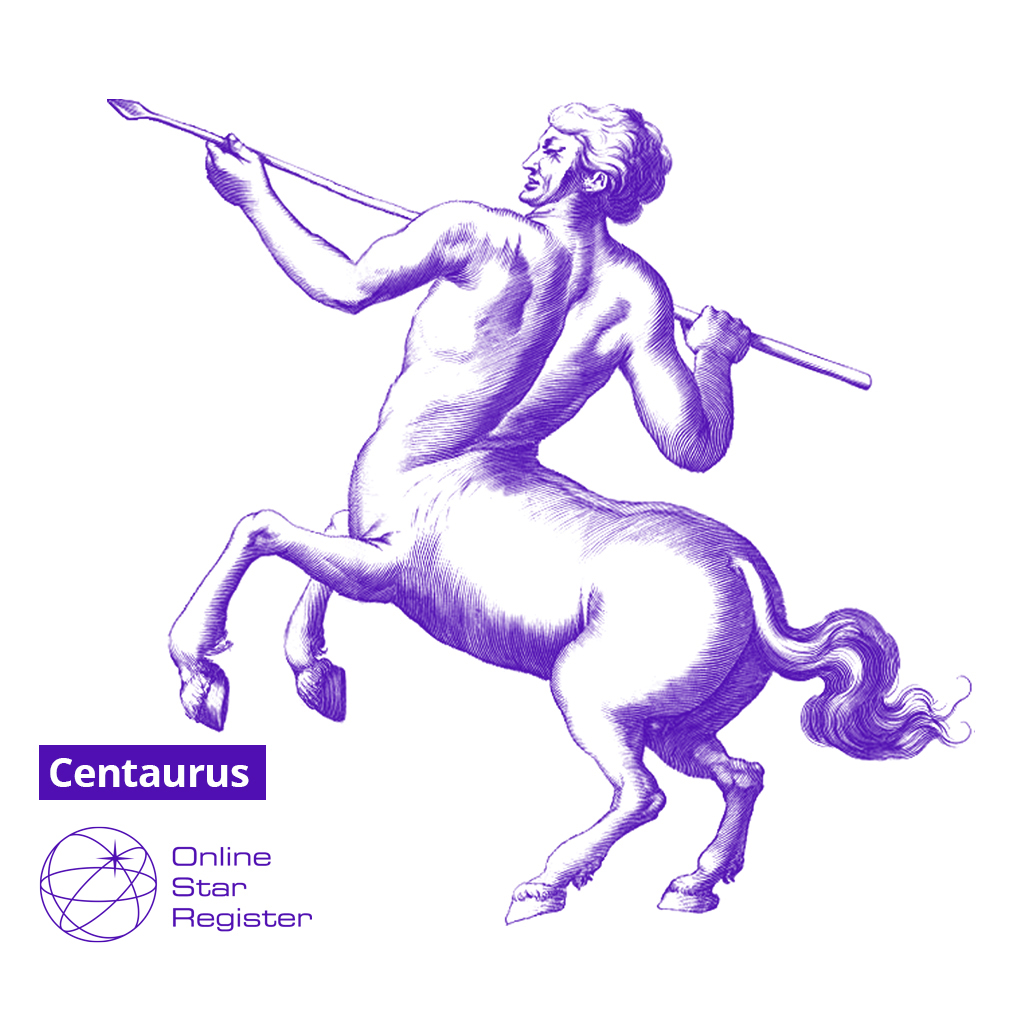 Centaurus or The Centaur is one of the 88 constellations modern astronomers have divided the sky into. It's part of the Hercules constellation family. Centaurus is best seen in May (from latitudes +30° to -90°).

Centaurus represents the Greek and Roman mythological beast that was half man, half horse (centaur). It also has two of the top ten brightest stars in the entire sky. Centaurus contains the closest star to the Sun, Alpha Centauri, 4.3 light years away. Known as Chiron to the Greeks, he was struck in the knee by Hercules’ poisoned arrows. Unable to die because he was immortal, Zeus placed him in the sky. 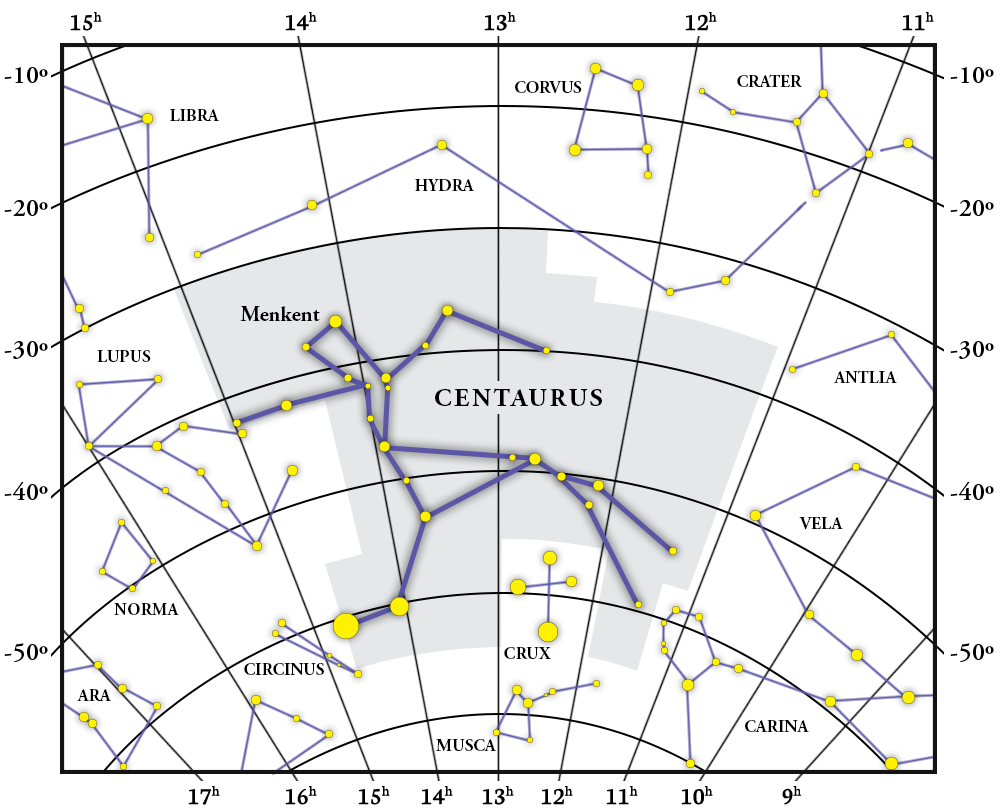 Place your star in Centaurus!

Main Stars in The Centaur (Centaurus)

The constellation Centaurus contains several bright stars that make up its shape. Some of these main stars are known as:

You can now name your own star in the constellation of Centaurus in just a few clicks. Name the star, view it in 3D and look it up with the OSR Star Finder App!