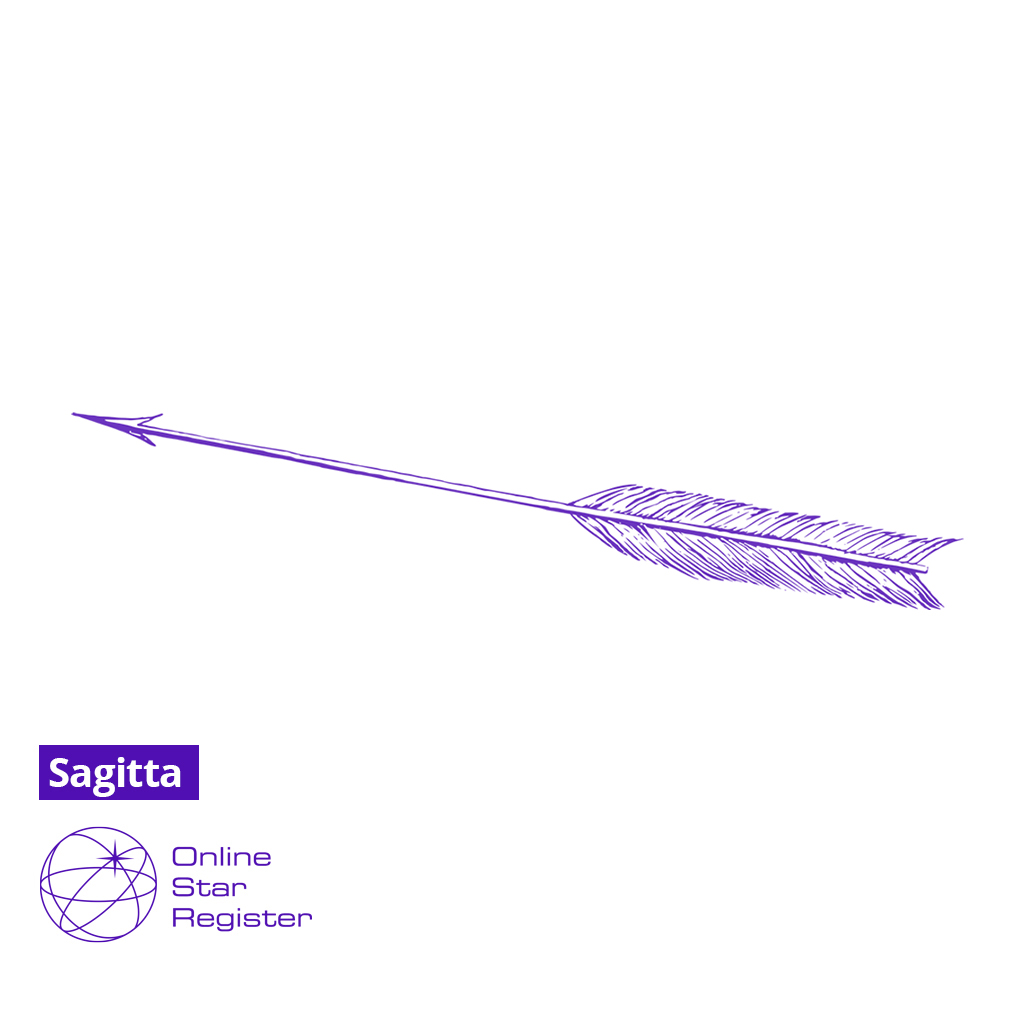 Sagitta or The Arrow is one of the 88 constellations modern astronomers have divided the sky into. It's part of the Hercules constellation family. Sagitta is best seen in September (from latitudes +90° to -70°).

Aratus described it as ‘alone, without a bow’ since there is no sign of the archer who might have shot it. An alternative Latin name for the constellation widely used prior to the 18th century was Telum, meaning a dart or spear. In Greco-Roman myth, it is said that Cupid, Apollo, and Hercules used Sagitta. It may have also been an arrow from the bow of Sagittarius. 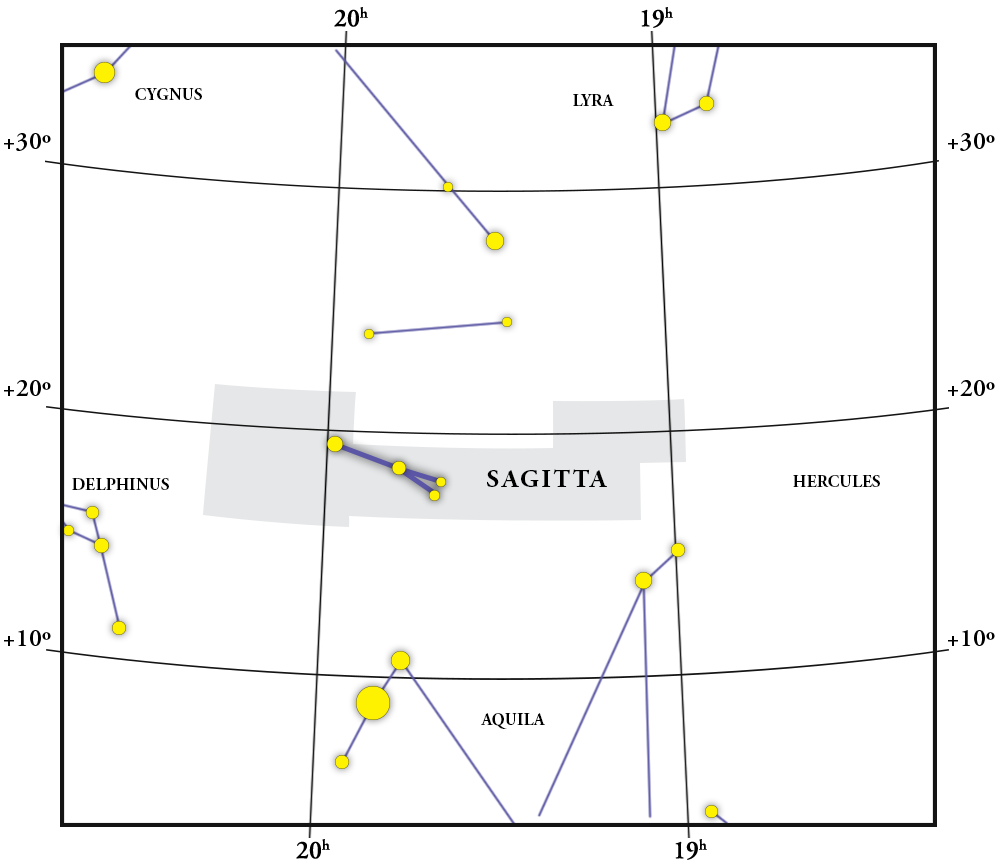 Place your star in Sagitta!

Main Stars in The Arrow (Sagitta)

The constellation Sagitta contains several bright stars that make up its shape. Some of these main stars are known as:

Some of the deep sky objects which have been discovered in Sagitta include: Messier 71, Necklace Nebula, NGC 6839.

You can now name your own star in the constellation of Sagitta in just a few clicks. Name the star, view it in 3D and look it up with the OSR Star Finder App!