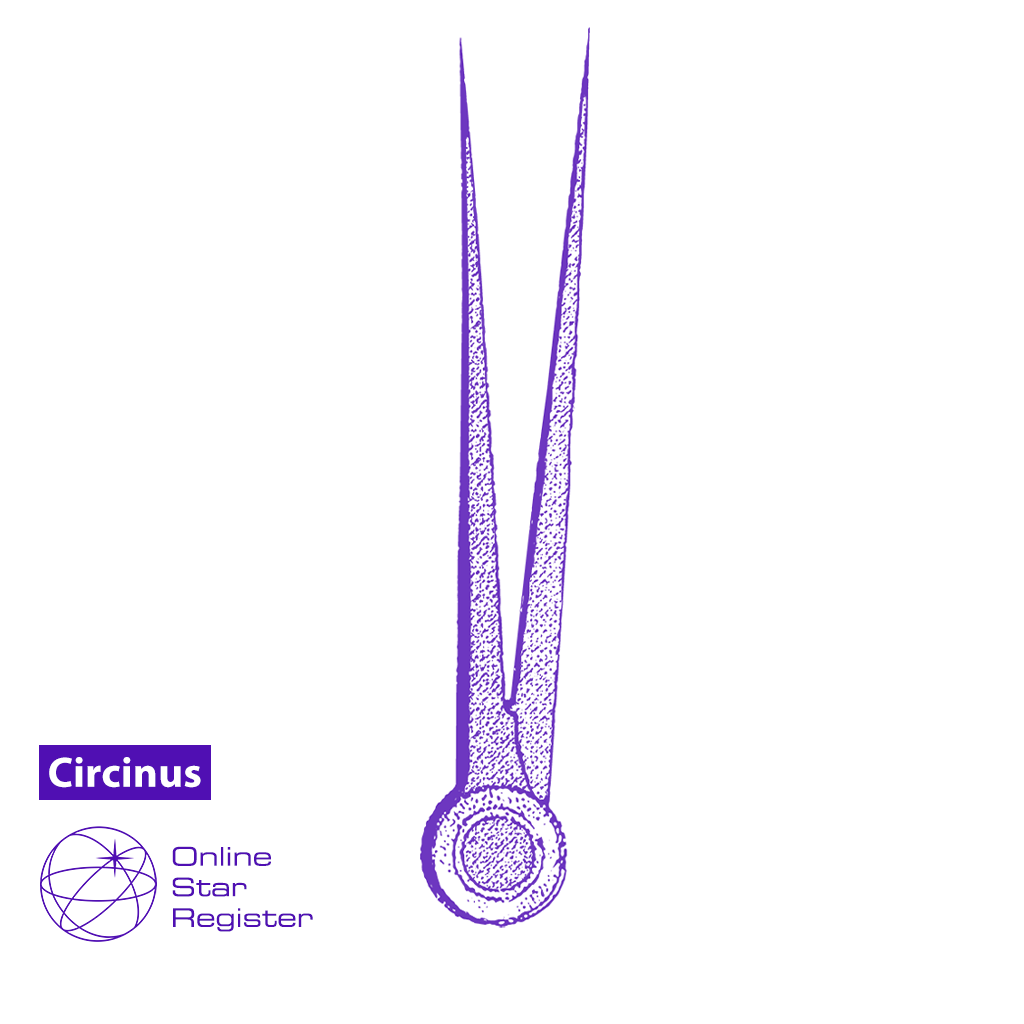 Circinus or The Compasses is one of the 88 constellations modern astronomers have divided the sky into. It's part of the Lacaille constellation family. Circinus is best seen in June (from latitudes +20° to -90°).

Represented by a dividing compass, Circinus was created to fill a gap. French astronomer Nicolas Louis de Lacaille added it in the 1750’s to go next to a set square and ruler to complete a set of tools in the sky. Compasses have been used by navigators drawing circles and measuring distances since ancient times and are still used today. 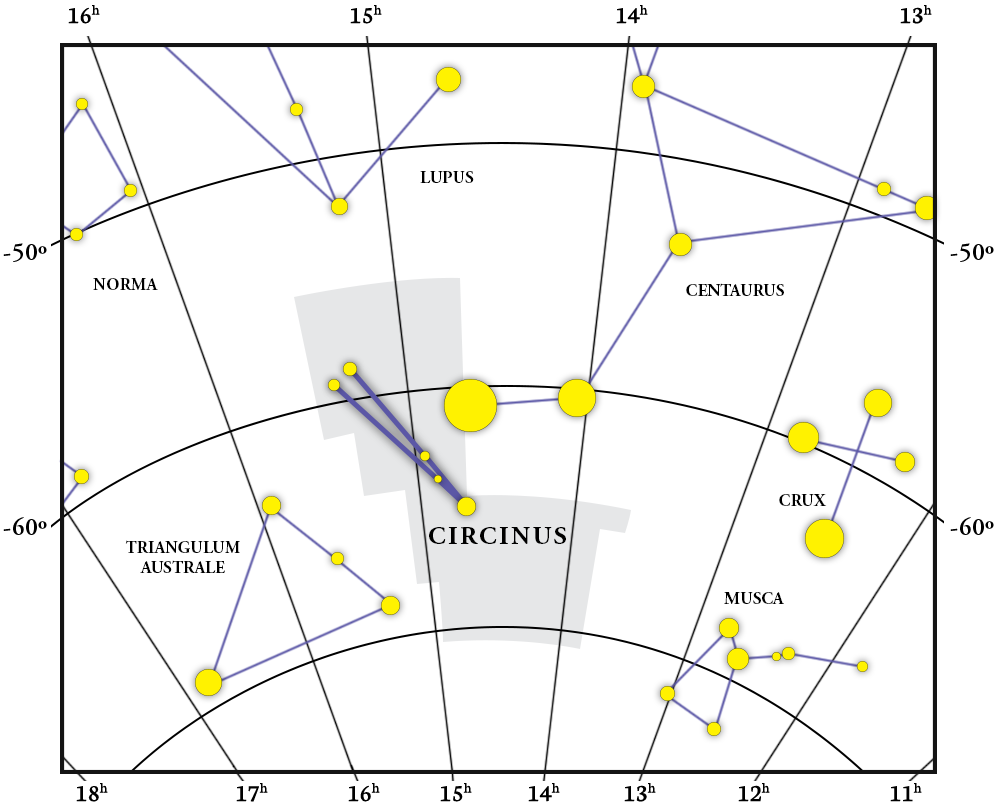 Place your star in Circinus!

Main Stars in The Compasses (Circinus)

The constellation Circinus contains several bright stars that make up its shape. Some of these main stars are known as:

Some of the deep sky objects which have been discovered in Circinus include: Circinus Galaxy, Circinus X-1, NGC 5315.

You can now name your own star in the constellation of Circinus in just a few clicks. Name the star, view it in 3D and look it up with the OSR Star Finder App!