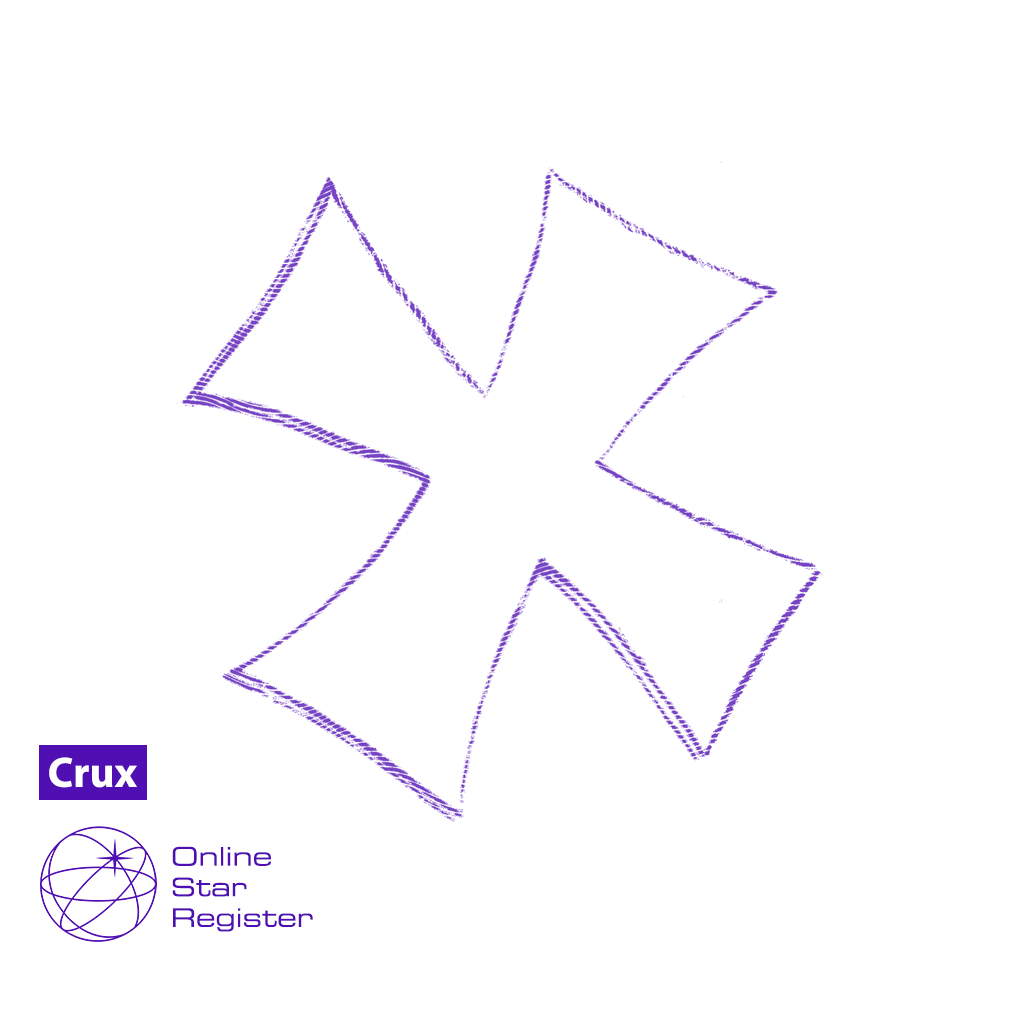 Crux or The Southern Cross is one of the 88 constellations modern astronomers have divided the sky into. It's part of the Hercules constellation family. Crux is best seen in May (from latitudes +20° to -90°).

Crux or the Southern Cross is the smallest of the 88 constellations and lies in the Southern hemisphere. The Italian explorer Amerigo Vespucci charted what seems to have been Alpha and Beta Centauri and the stars of Crux in 1501. Navigators began using the cross as a pointer to the south celestial pole by the end of the 1500’s. Crux contains a famous dark cloud of gas and dust called the Coalsack Nebula, which appears in silhouette against the bright Milky Way background. 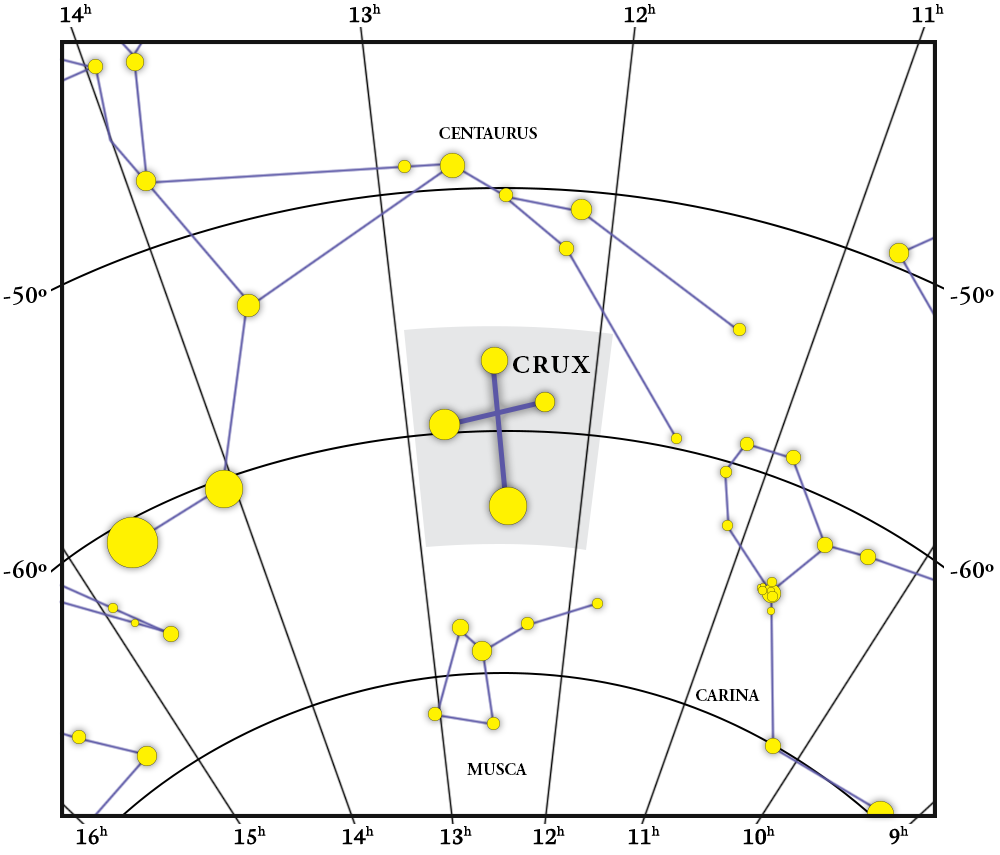 Place your star in Crux!

The constellation Crux contains several bright stars that make up its shape. Some of these main stars are known as:

Some of the deep sky objects which have been discovered in Crux include: Coalsack Nebula, The Jewel Box.

You can now name your own star in the constellation of Crux in just a few clicks. Name the star, view it in 3D and look it up with the OSR Star Finder App!