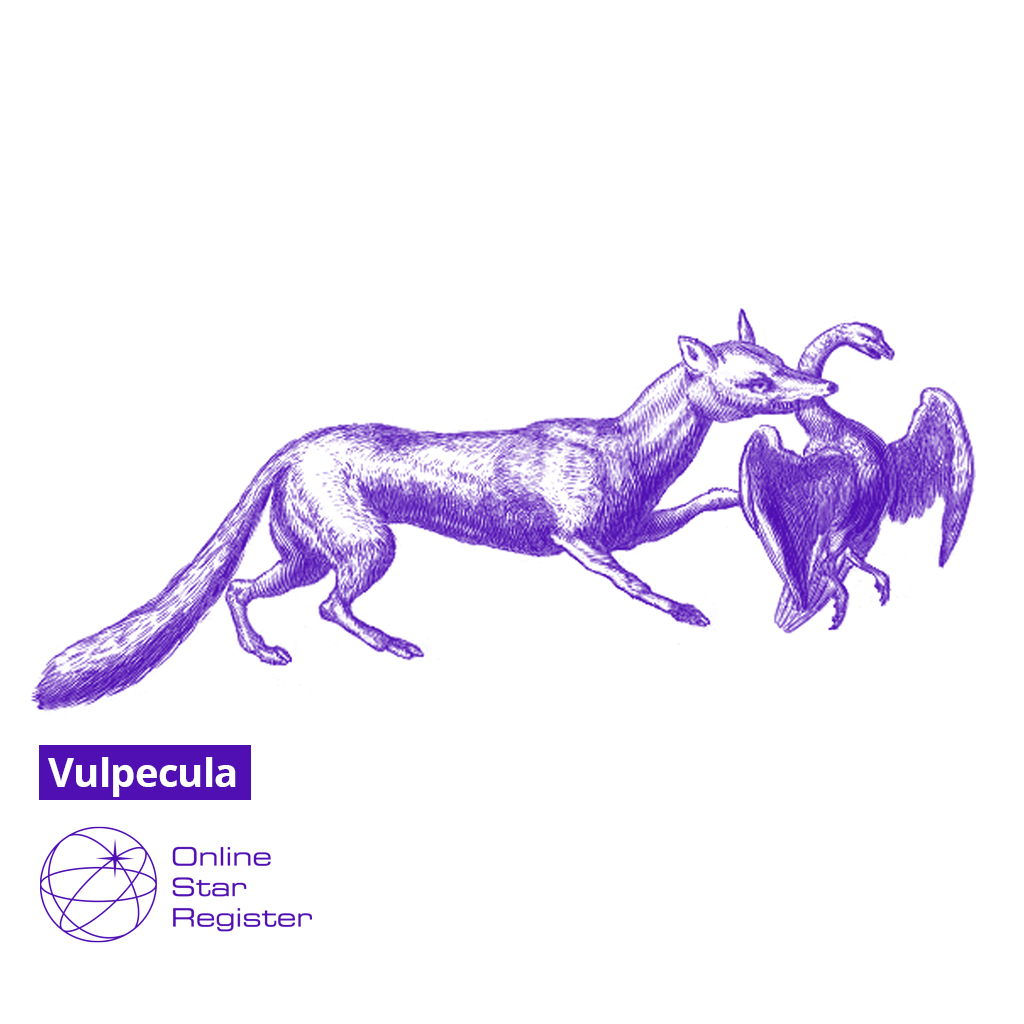 Vulpecula or The Fox is one of the 88 constellations modern astronomers have divided the sky into. It's part of the Hercules constellation family. Vulpecula is best seen in September (from latitudes +90° to -55°).

The fox is found between the bright stars Altair in Aquila and Vega in Lyra inside the band of the Milky Way. The constellation introduced in 1687 by the Polish astronomer Johannes Hevelius, depicted it as a double figure of a fox, Vulpecula, carrying in its jaws a goose, Anser. Since then the goose has flown (or been eaten), leaving just the fox. Hevelius placed the fox near two other hunting animals, the eagle, and the vulture. 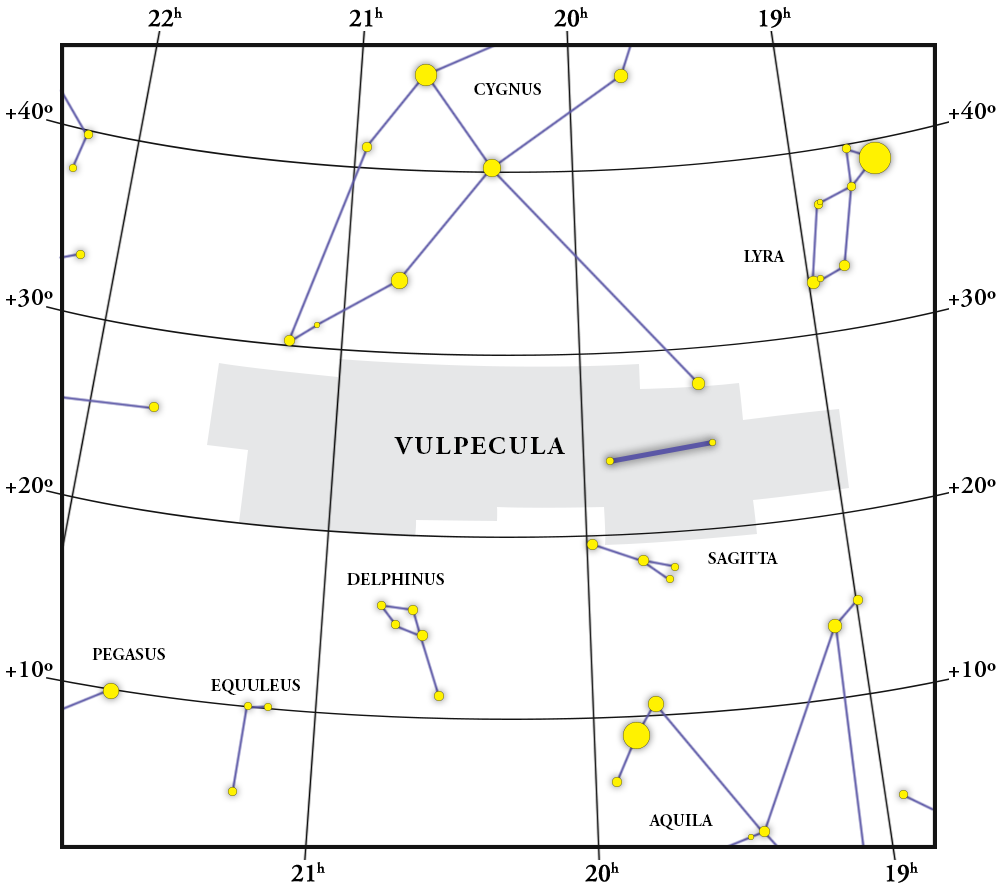 Place your star in Vulpecula!

Main Stars in The Fox (Vulpecula)

The constellation Vulpecula contains several bright stars that make up its shape. Some of these main stars are known as:

Some of the deep sky objects which have been discovered in Vulpecula include: The Dumbbell Nebula, NGC 7052, NGC 6885, Brocchi’s Cluster, The Coathanger.

You can now name your own star in the constellation of Vulpecula in just a few clicks. Name the star, view it in 3D and look it up with the OSR Star Finder App!