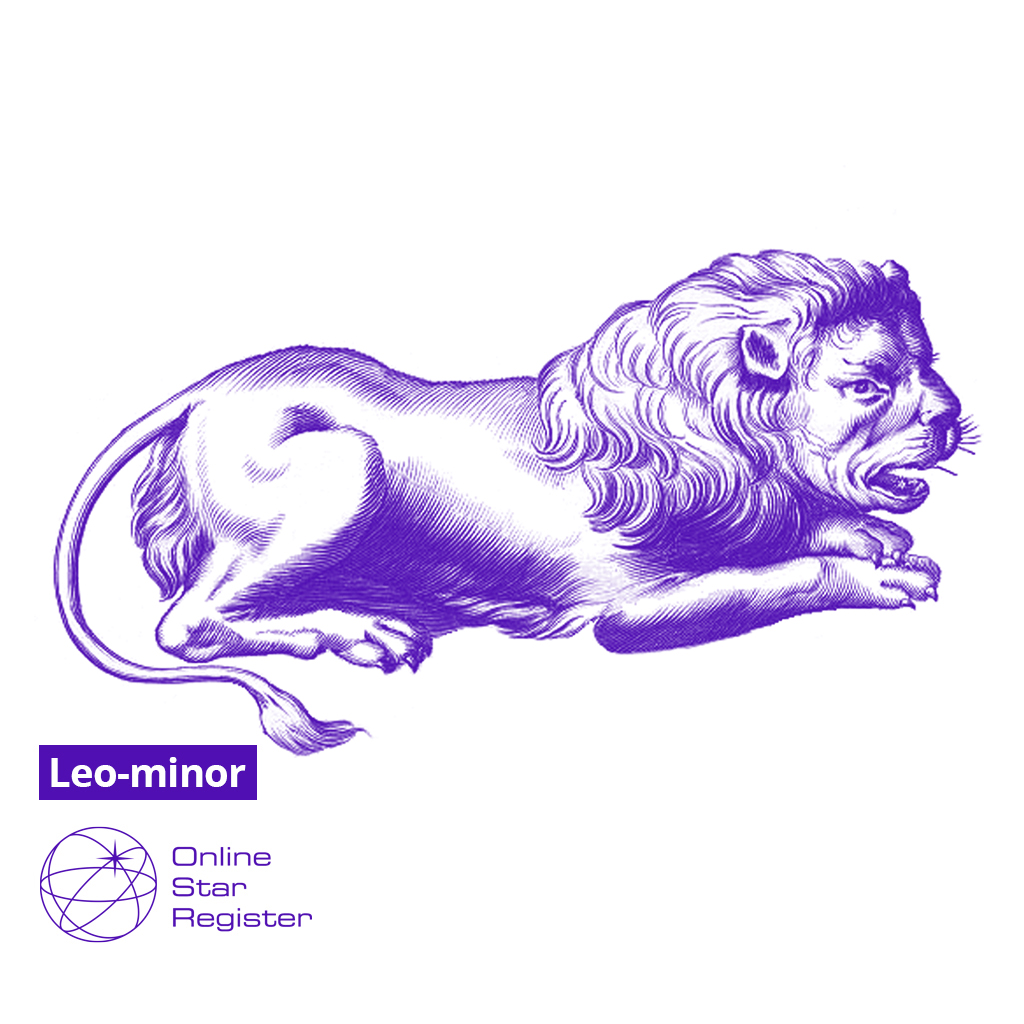 Leo Minor or The Small Lion is one of the 88 constellations modern astronomers have divided the sky into. It's part of the Ursa Major constellation family. Leo Minor is best seen in April (from latitudes +90° to -45°).

Added by Johannes Hevelius in the 17th century, this small constellation lays between Leo and Ursa Major. The ancient Egyptians recognized the small group of stars as the hoof prints left by a herd of gazelles as they fled from the pursuit of Leo. Eight main stars make up Leo Minor with two interacting galaxies that are in the process of merging. 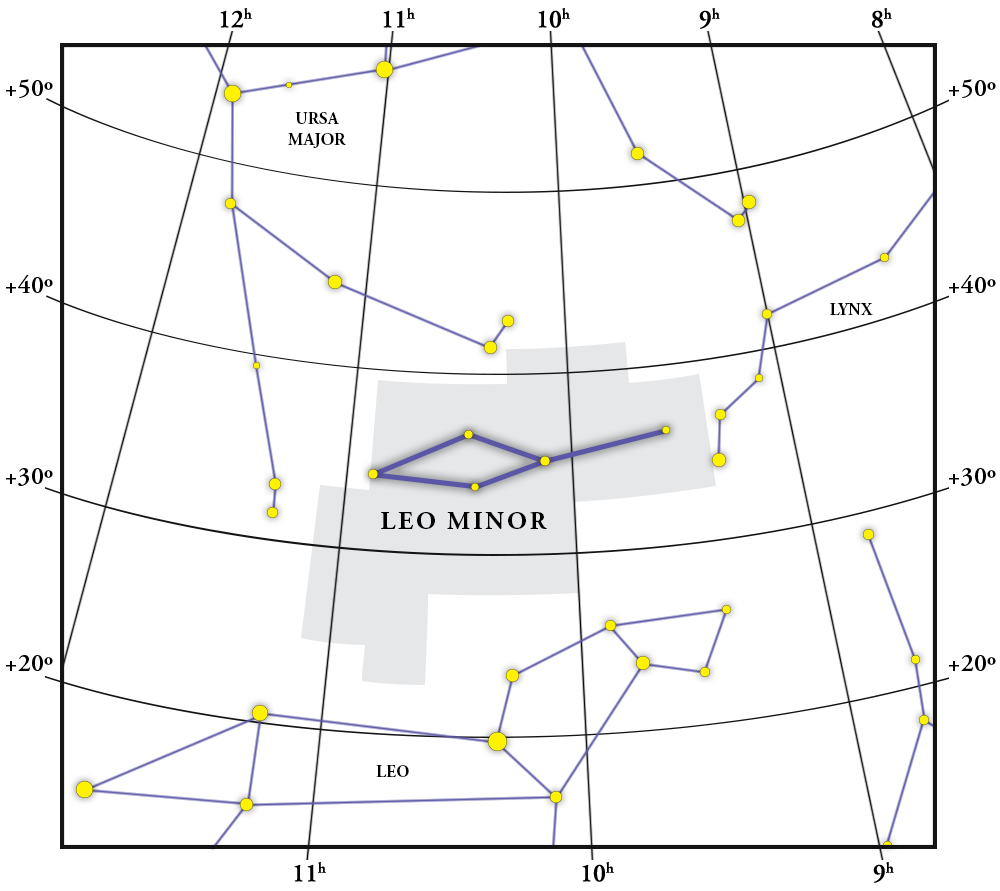 Place your star in Leo Minor!

The constellation Leo Minor contains several bright stars that make up its shape. Some of these main stars are known as:

You can now name your own star in the constellation of Leo Minor in just a few clicks. Name the star, view it in 3D and look it up with the OSR Star Finder App!