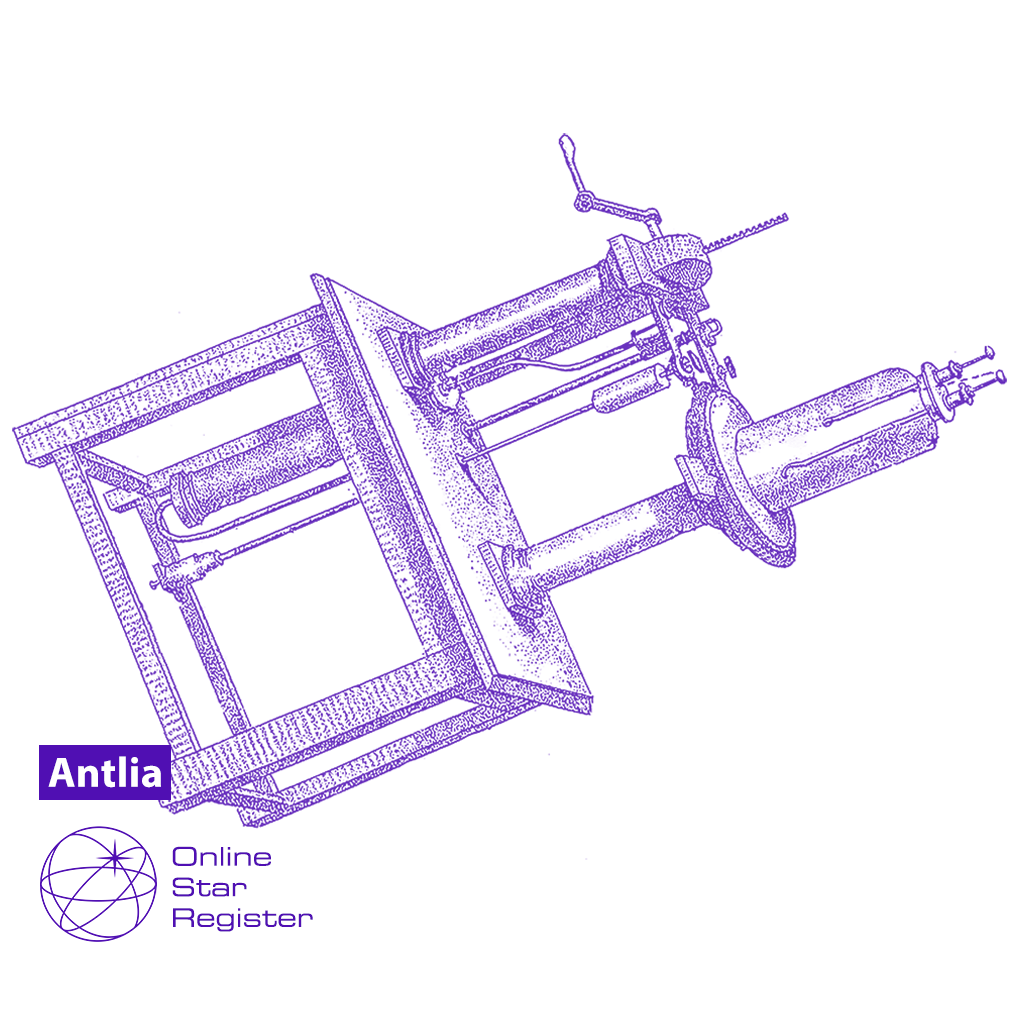 Antlia or The Air Pump is one of the 88 constellations modern astronomers have divided the sky into. It's part of the Lacaille constellation family. Antlia is best seen in April (from latitudes +45° to -90°).

French astronomer Nicolas-Louis de Lacaille while on a trip to the Cape of Good Hope created this small constellation in the 1750s. He named the constellation to honor the inventor of the air pump, Denis Papin. Air pumps were scientific toys for the wealthy during the 18th century. Antlia can only be viewed in the Southern Hemisphere. 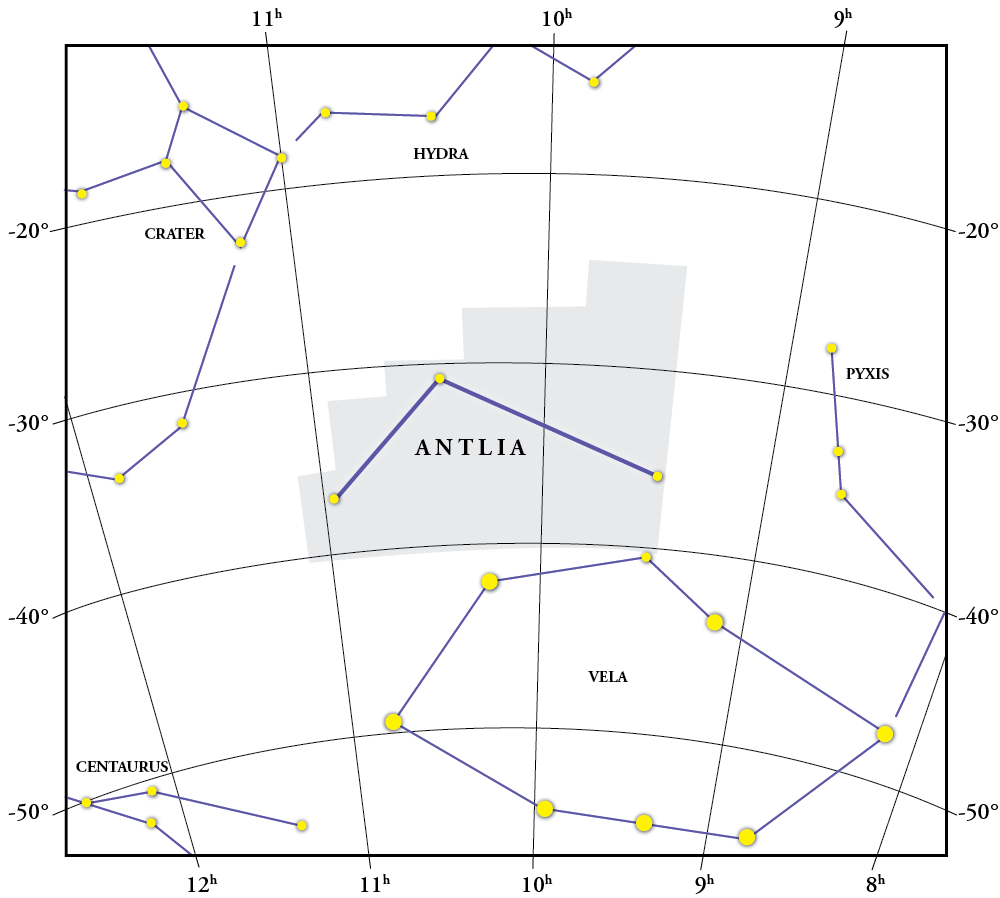 Place your star in Antlia!

The constellation Antlia contains several bright stars that make up its shape. Some of these main stars are known as:

Some of the deep sky objects which have been discovered in Antlia include: Antlia Dwarf, NGC 2997, Antlia Cluster.

You can now name your own star in the constellation of Antlia in just a few clicks. Name the star, view it in 3D and look it up with the OSR Star Finder App!