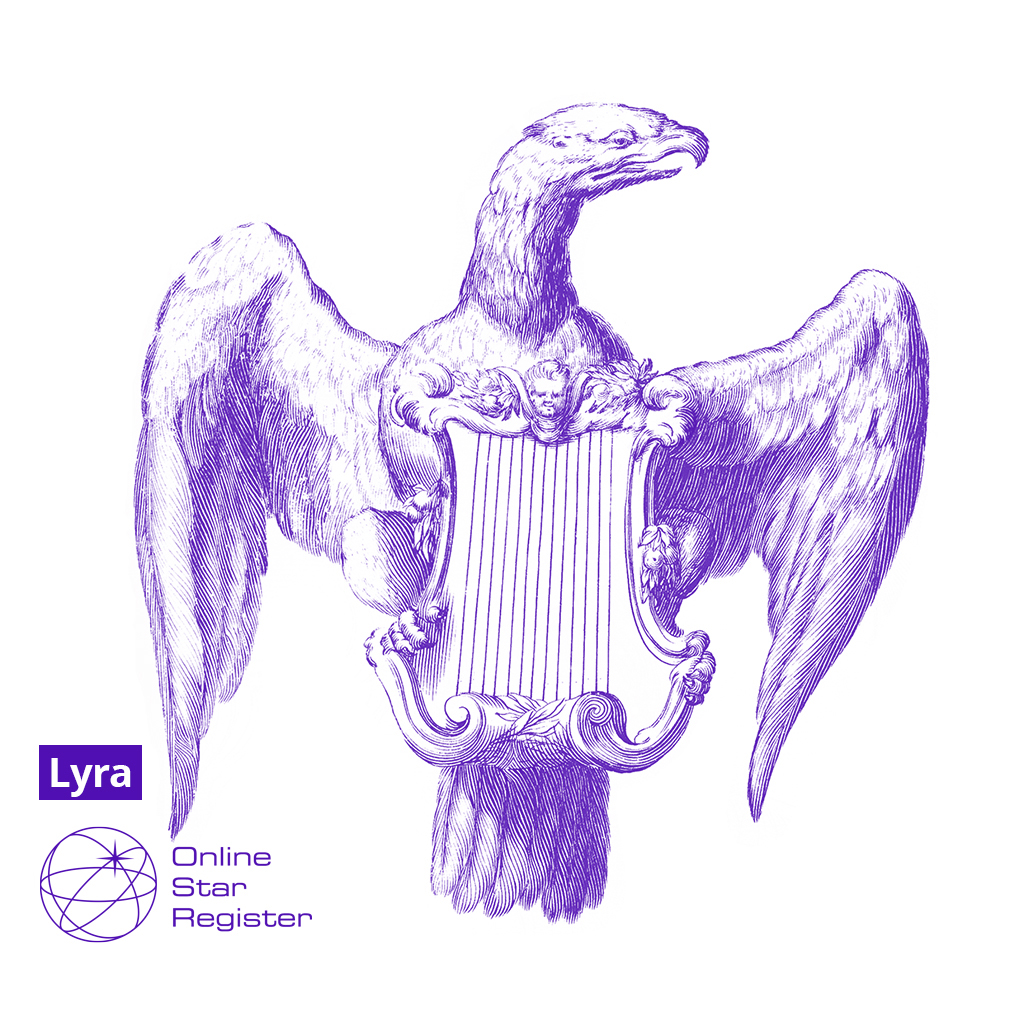 Lyra or The Lyre is one of the 88 constellations modern astronomers have divided the sky into. It's part of the Hercules constellation family. Lyra is best seen in August (from latitudes +90° to -40°).

In mythology, Lyra was the lyre of the great musician Orpheus, a stringed musical instrument. It is said that Hermes fashioned the lyre from the shell of a tortoise that he found browsing outside his cave on Mount Cyllene in Arcadia. Twelve main stars make up the constellation. One of them, Vega, is the fifth overall brightest in the night sky. 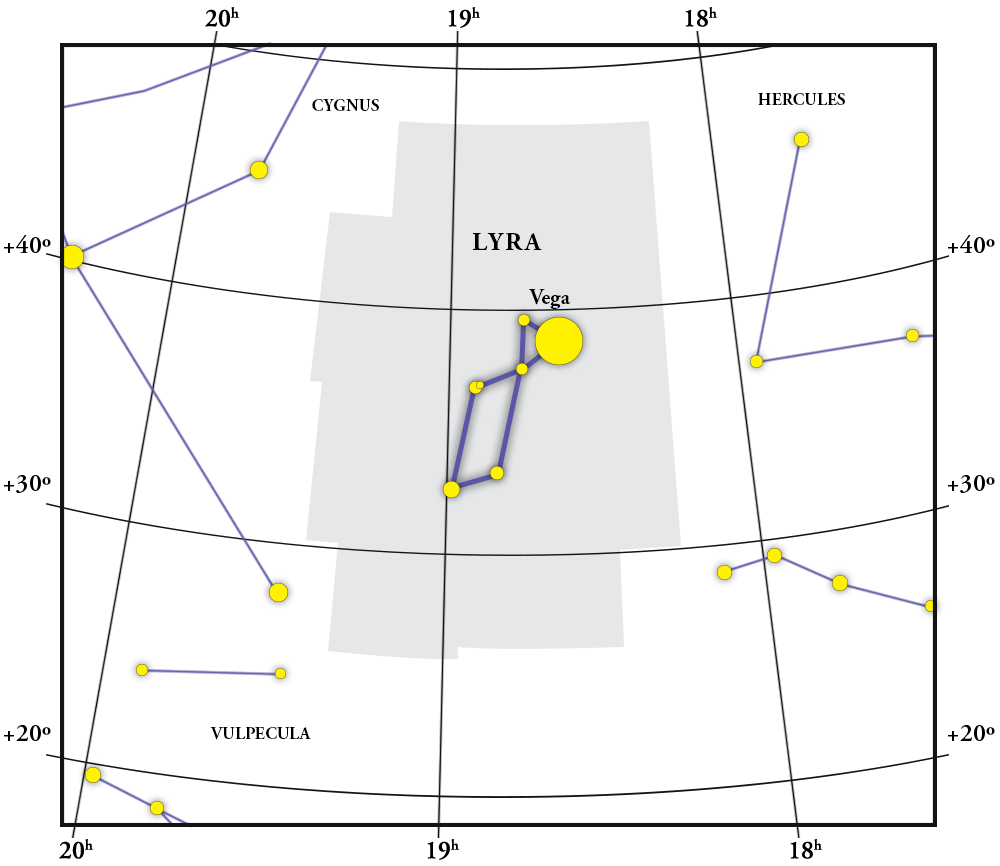 Place your star in Lyra!

Main Stars in The Lyre (Lyra)

The constellation Lyra contains several bright stars that make up its shape. Some of these main stars are known as:

You can now name your own star in the constellation of Lyra in just a few clicks. Name the star, view it in 3D and look it up with the OSR Star Finder App!