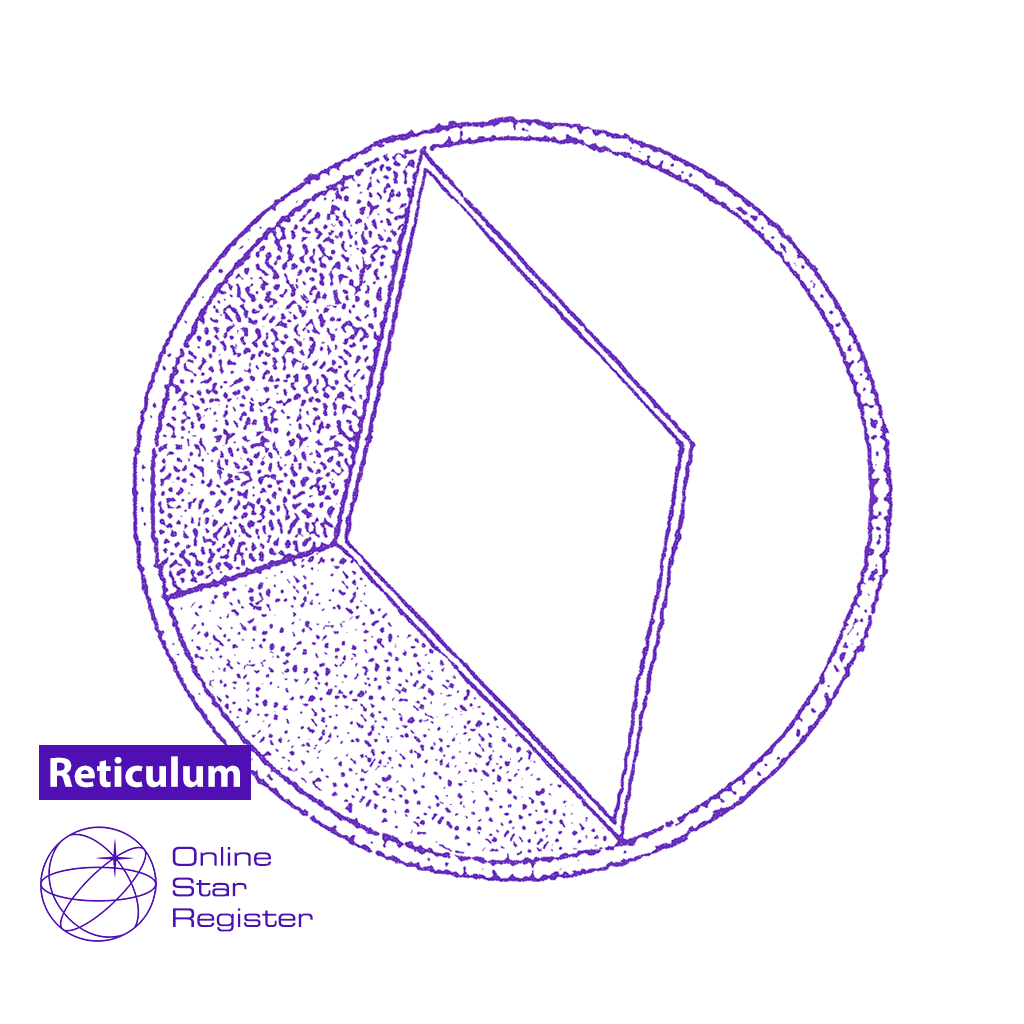 Reticulum or The Net is one of the 88 constellations modern astronomers have divided the sky into. It's part of the Lacaille constellation family. Reticulum is best seen in January (from latitudes +20° to -90°).

Introduced by the French astronomer Nicolas Louis de Lacaille to commemorate the reticle in the eyepiece of his small telescope with which he measured star positions from the Cape of Good Hope in 1750. Reticulum is constructed by the intersection of four lines drawn from each corner of a square to the middle of the two opposite sides. The constellation’s brightest star is Alpha Reticuli, a yellow-giant located 250 light years away. 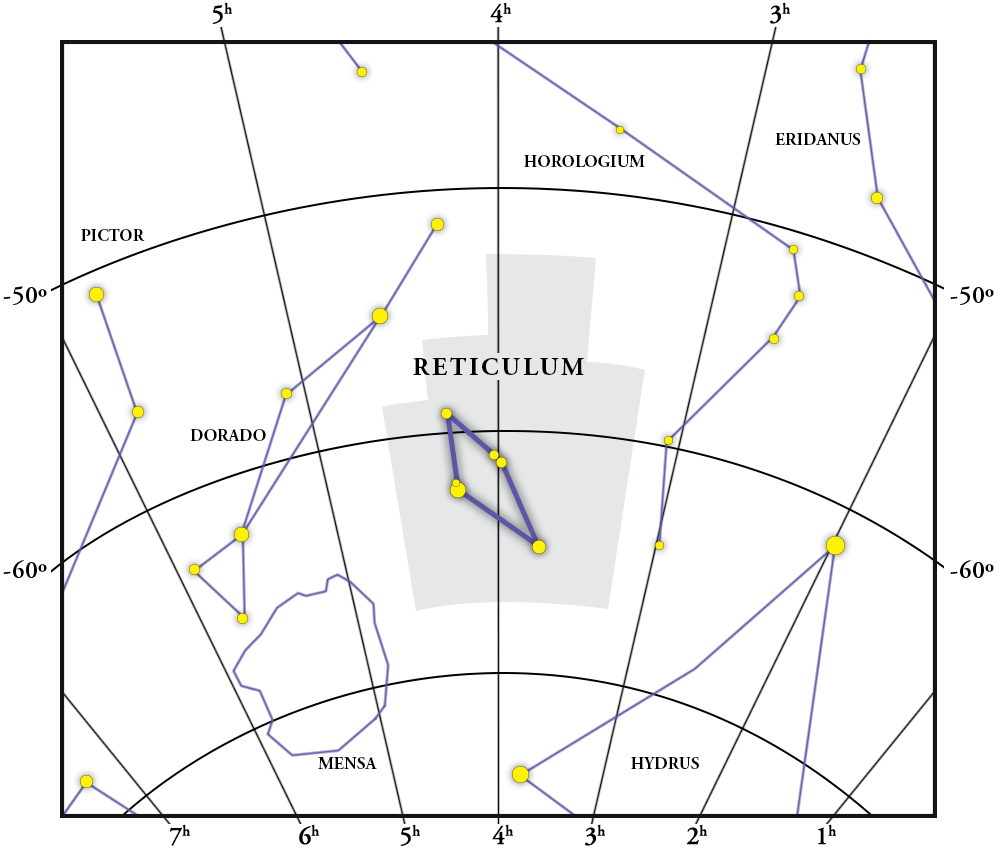 Place your star in Reticulum!

Main Stars in The Net (Reticulum)

The constellation Reticulum contains several bright stars that make up its shape. Some of these main stars are known as:

Some of the deep sky objects which have been discovered in Reticulum include: NGC 1559, Topsy Turvy Galaxy.

You can now name your own star in the constellation of Reticulum in just a few clicks. Name the star, view it in 3D and look it up with the OSR Star Finder App!