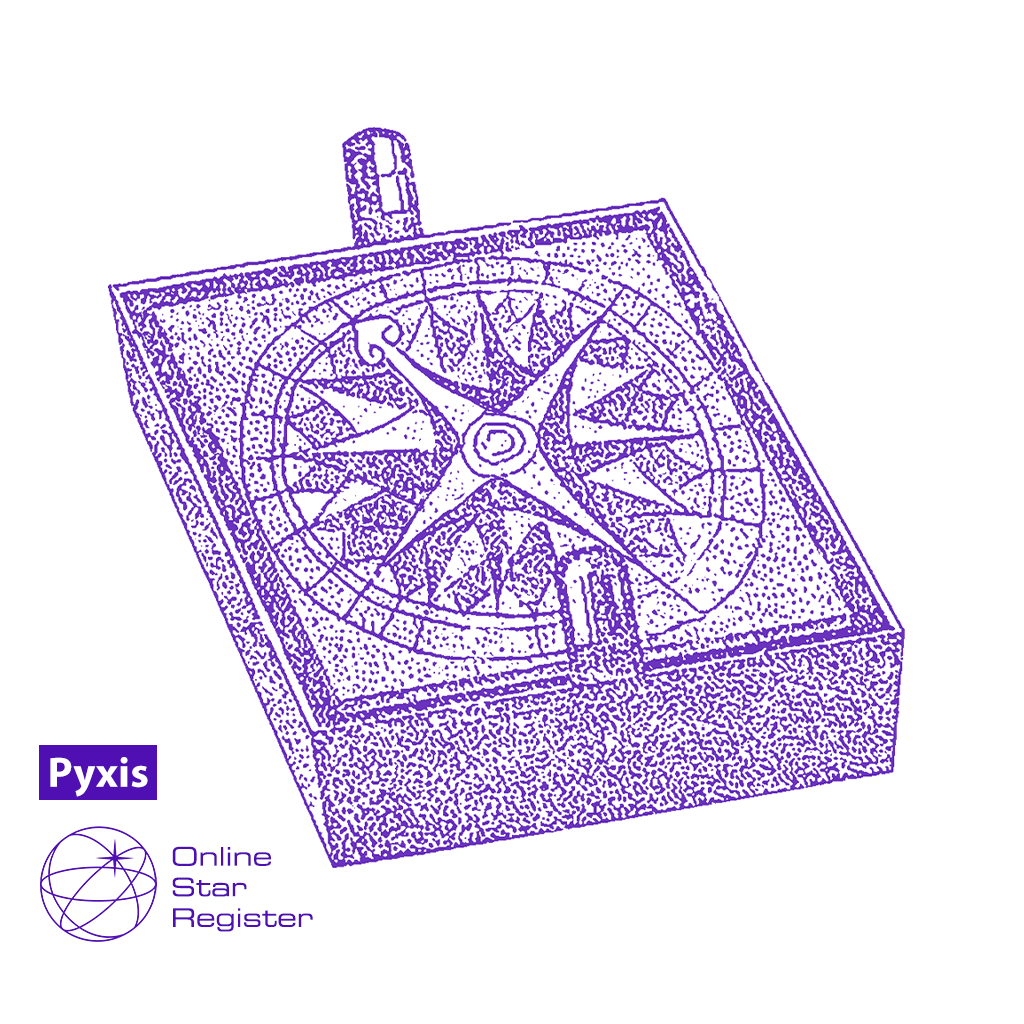 Pyxis or The Compass is one of the 88 constellations modern astronomers have divided the sky into. It's part of the Heavenly Waters constellation family. Pyxis is best seen in March (from latitudes +50° to -90°).

Pyxis represents a magnetic compass as used by seamen. It is located near the stern of the ship Argo in the same area as the ship’s mast. The Milky Way passes through Pyxis, with the constellation’s nearest neighbors including Antlia, Hydra, Puppis and Vela. One way to locate Pyxis is by following an imaginary line running through the tail of Canis Major to just the other side of Puppis. 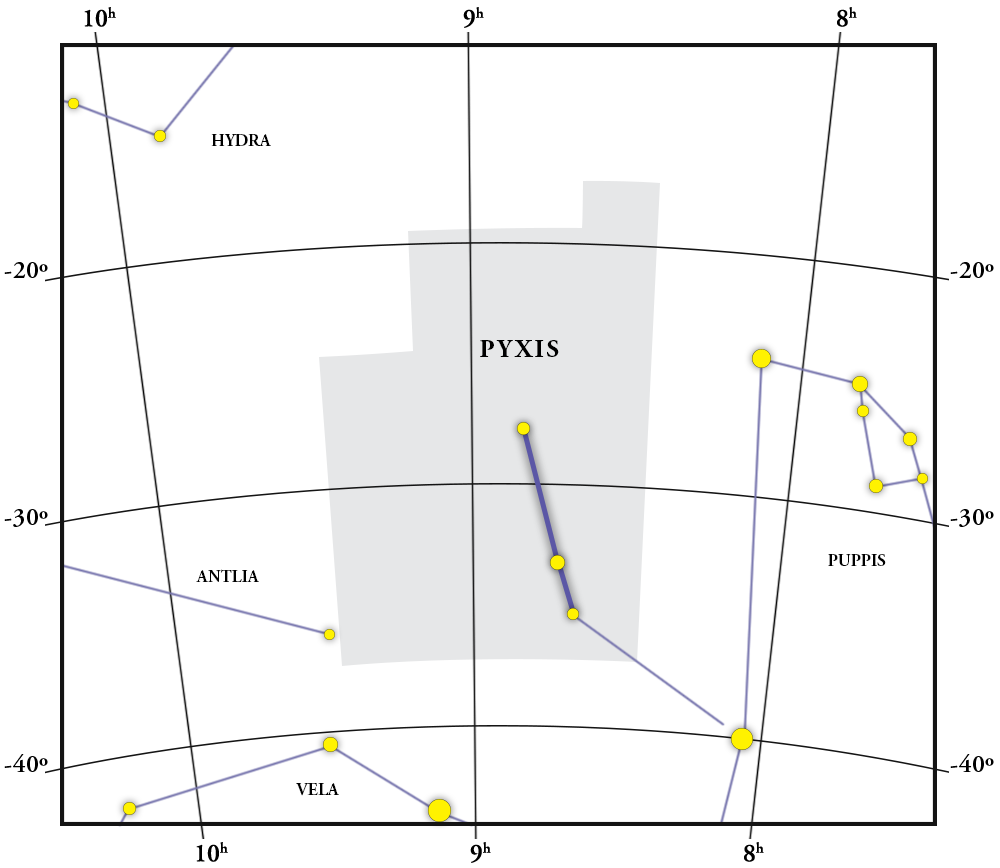 Place your star in Pyxis!

Main Stars in The Compass (Pyxis)

The constellation Pyxis contains several bright stars that make up its shape. Some of these main stars are known as:

You can now name your own star in the constellation of Pyxis in just a few clicks. Name the star, view it in 3D and look it up with the OSR Star Finder App!