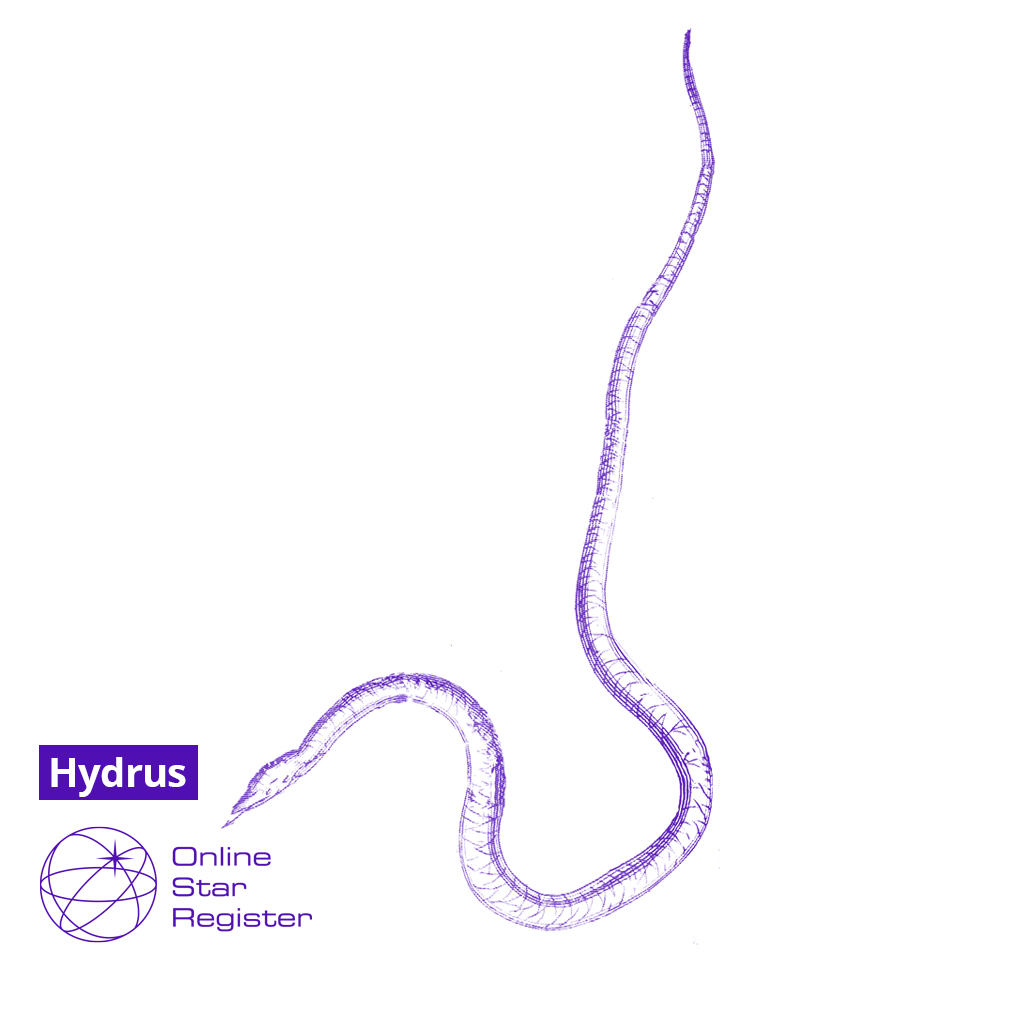 Hydrus or The Lesser Water Snake is one of the 88 constellations modern astronomers have divided the sky into. It's part of the Bayer constellation family. Hydrus is best seen in December (from latitudes +5° to -90°).

It represents the sea snakes that the Dutch explorers would have seen on their voyages. Hydrus is a male water snake, whereas the much larger Greek constellation Hydra is a female. It is made up of 10 main stars and a spiral galaxy that was discovered in 1834. The Beta Hydri star is noted for being one of the oldest that is located near the Sun. 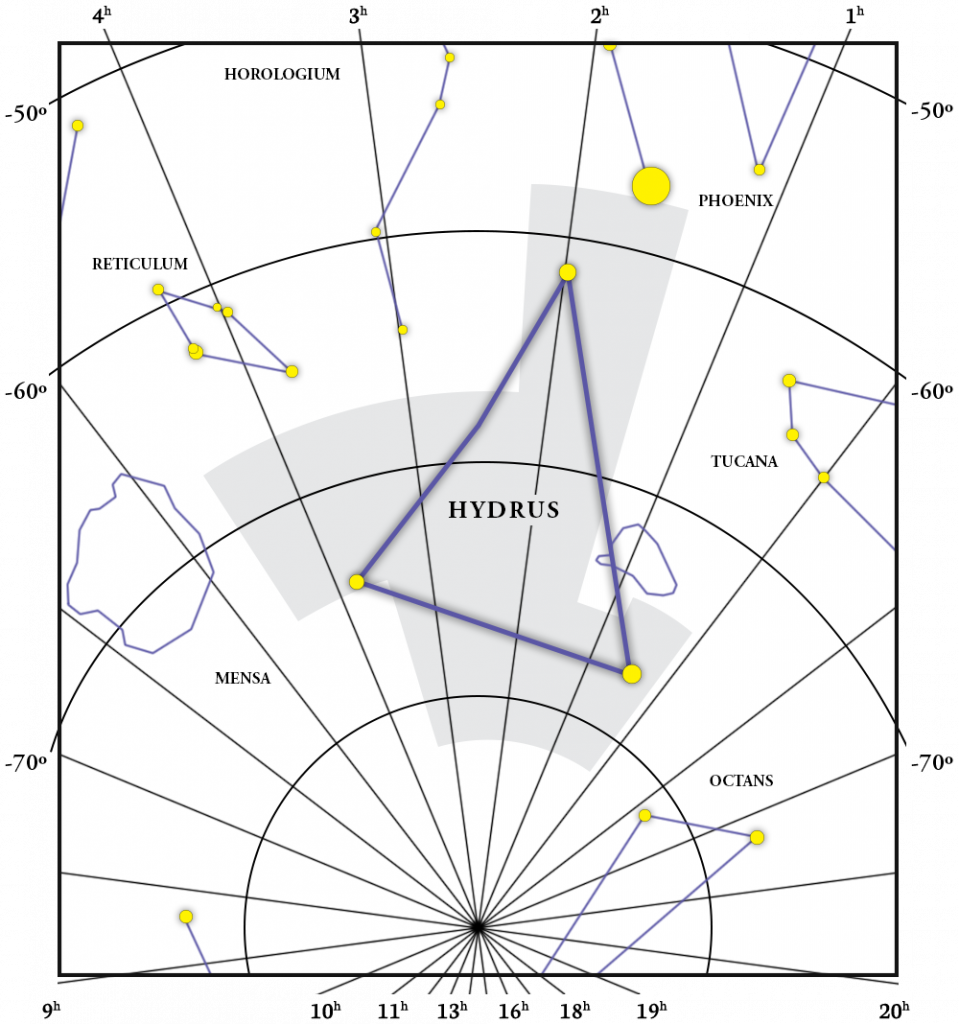 Place your star in Hydrus!

The constellation Hydrus contains several bright stars that make up its shape. Some of these main stars are known as:

You can now name your own star in the constellation of Hydrus in just a few clicks. Name the star, view it in 3D and look it up with the OSR Star Finder App!