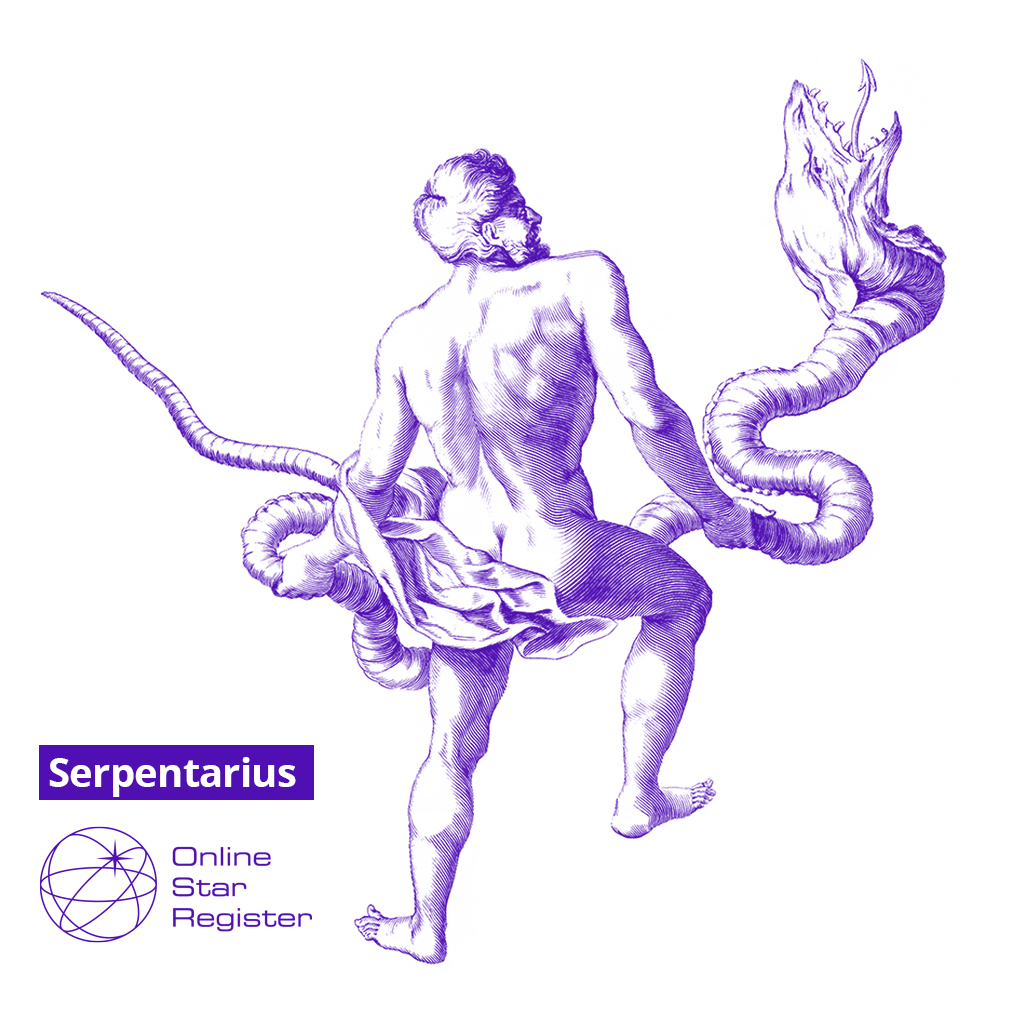 Serpens or The Serpent is one of the 88 constellations modern astronomers have divided the sky into. It's part of the Hercules constellation family. Serpens is best seen in July (from latitudes +80° to -80°).

Serpens represents a huge snake held by the constellation Ophiuchus. In terms of its shape, the constellation somewhat resembles the constellation of Hydra, on which it is loosely based, but with the major difference being that Serpens has a distinct “head”, whereas Hydra has no such mark. The constellation’s brightest stellar object, Unukalhai, is a giant orange star around 75 light years from Earth. Eighteen main stars make up the shape. 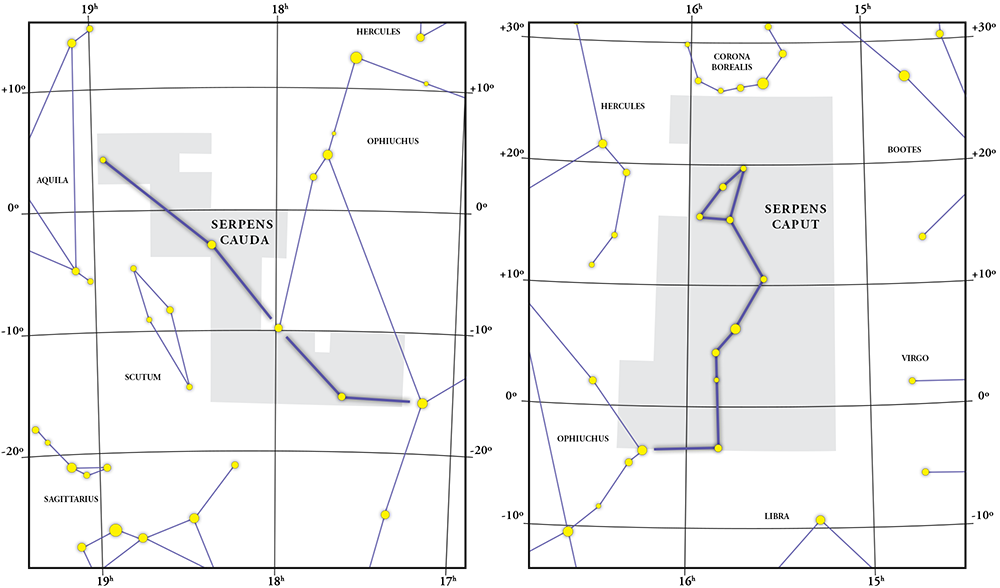 Place your star in Serpens!

Main Stars in The Serpent (Serpens)

The constellation Serpens contains several bright stars that make up its shape. Some of these main stars are known as:

Some of the deep sky objects which have been discovered in Serpens include: Messier 5, The Eagle Nebula, IC 4703, Seyfert’s Sextet, Red Square Nebula, Hoag's Object, Blinking Galaxy.

You can now name your own star in the constellation of Serpens in just a few clicks. Name the star, view it in 3D and look it up with the OSR Star Finder App!