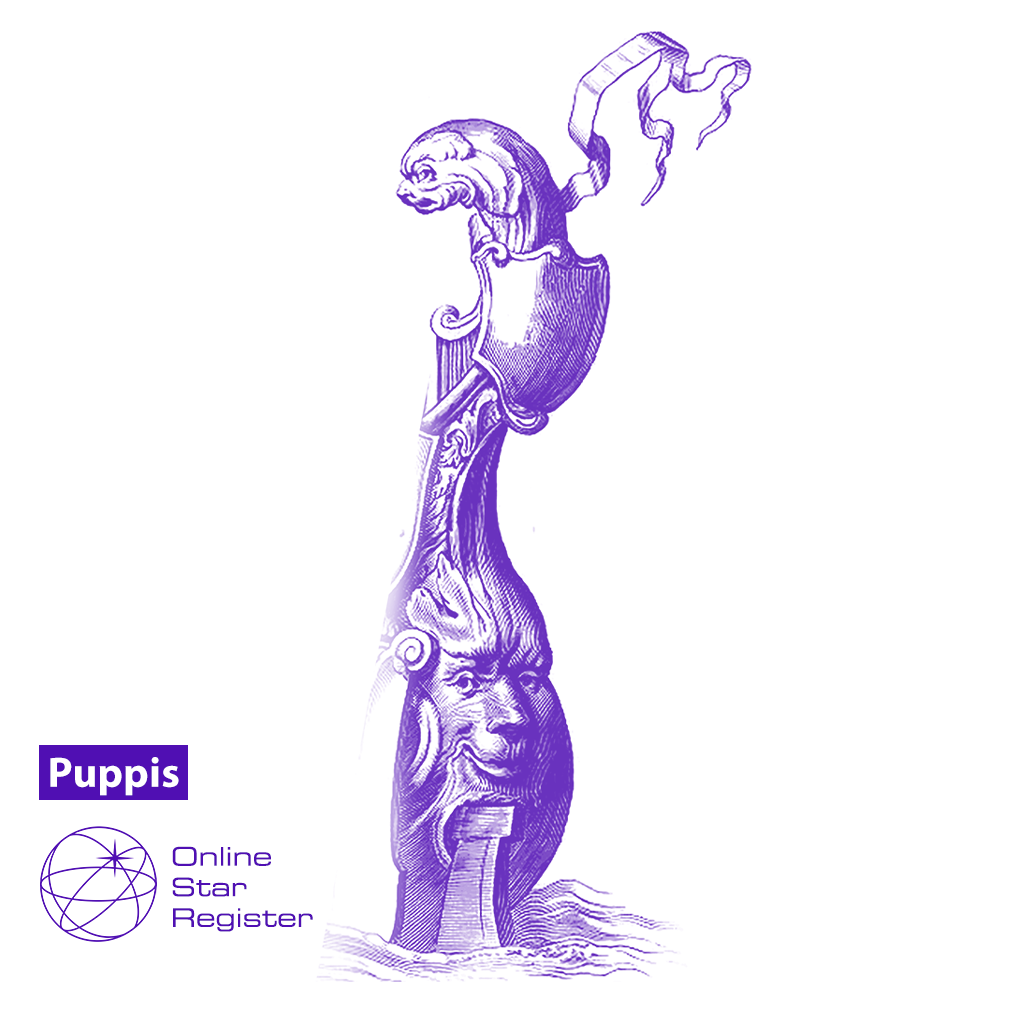 Puppis or The Stern is one of the 88 constellations modern astronomers have divided the sky into. It's part of the Heavenly Waters constellation family. Puppis is best seen in March (from latitudes +40° to -90°).

This constellation was once part of a bigger ship named Argo. The Argo was the ship that carried Jason and his 50 Argonauts on their journey to steal the Golden Fleece that belonged to Aries the Ram. Its sail is now seen in Vela, and its keel in Carina. Puppis represents the stern, or poop, of the ship. It has 23 main stars and the Gum Nebula spans across the constellation. It is the largest known nebula seen from Earth. 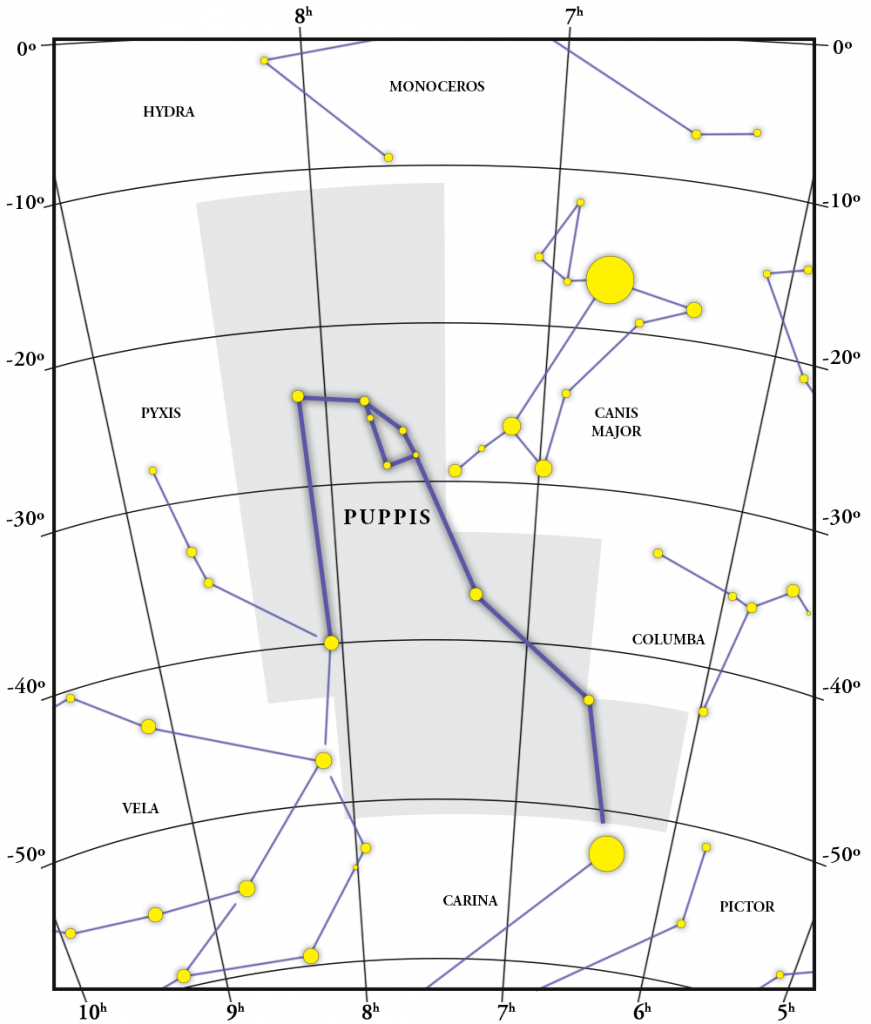 Place your star in Puppis!

Main Stars in The Stern (Puppis)

The constellation Puppis contains several bright stars that make up its shape. Some of these main stars are known as:

Some of the deep sky objects which have been discovered in Puppis include: Messier 46, Messier 47, Messier 93, NGC 2451, NGC 2477, Pi Puppis Cluster, Skull & Crossbones Nebula.

You can now name your own star in the constellation of Puppis in just a few clicks. Name the star, view it in 3D and look it up with the OSR Star Finder App!