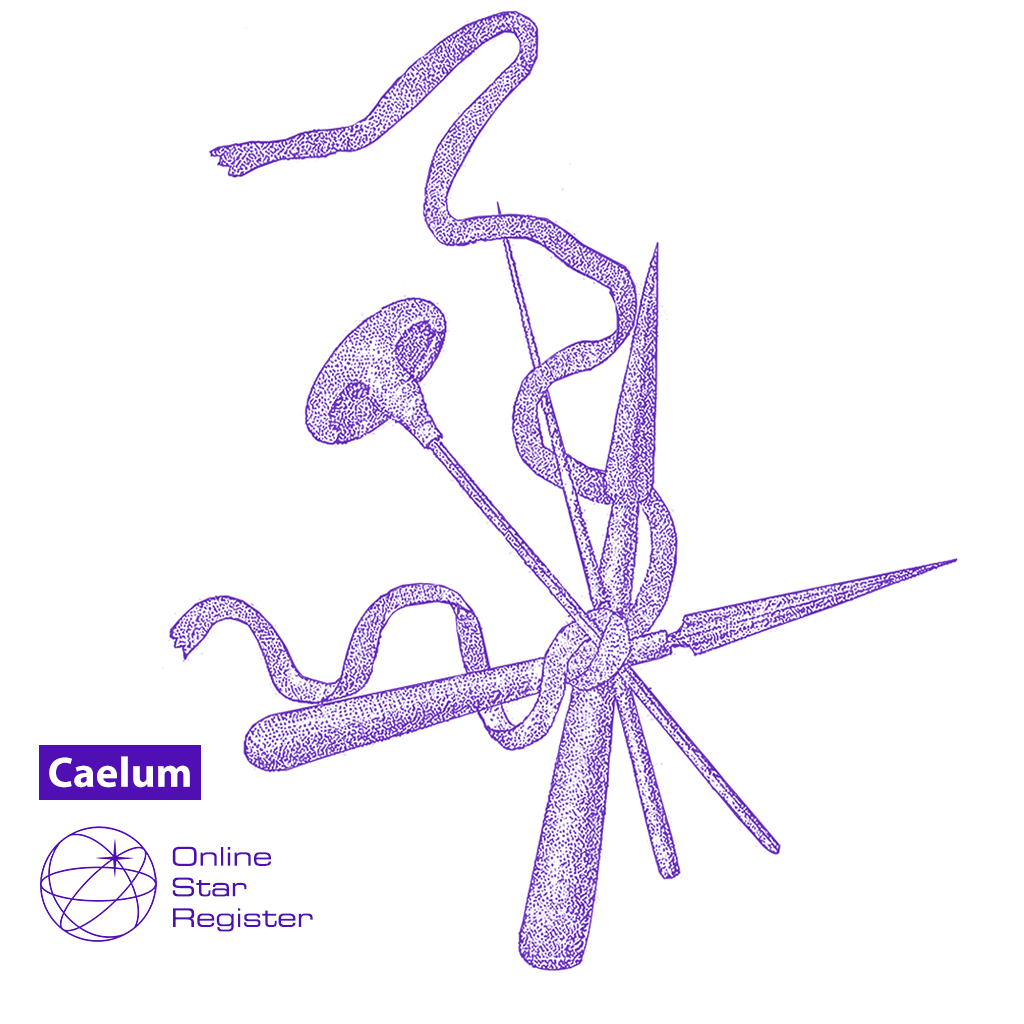 Caelum or The Chisel is one of the 88 constellations modern astronomers have divided the sky into. It's part of the Lacaille constellation family. Caelum is best seen in January (from latitudes +40° to -90°).

This small constellation in the southern hemisphere, representing an engraver’s chisel, is one of the inventions of the 18th-century French astronomer Nicolas Louis de Lacaille. Lacaille said that the constellation represented two engraving tools, crossed and connected by a ribbon. One tool was a burin, a sharp-tipped cold chisel also known as a graver, while the other was a échoppe, a type of etching needle invented by the 17th-century French printmaker Jacques Callot. 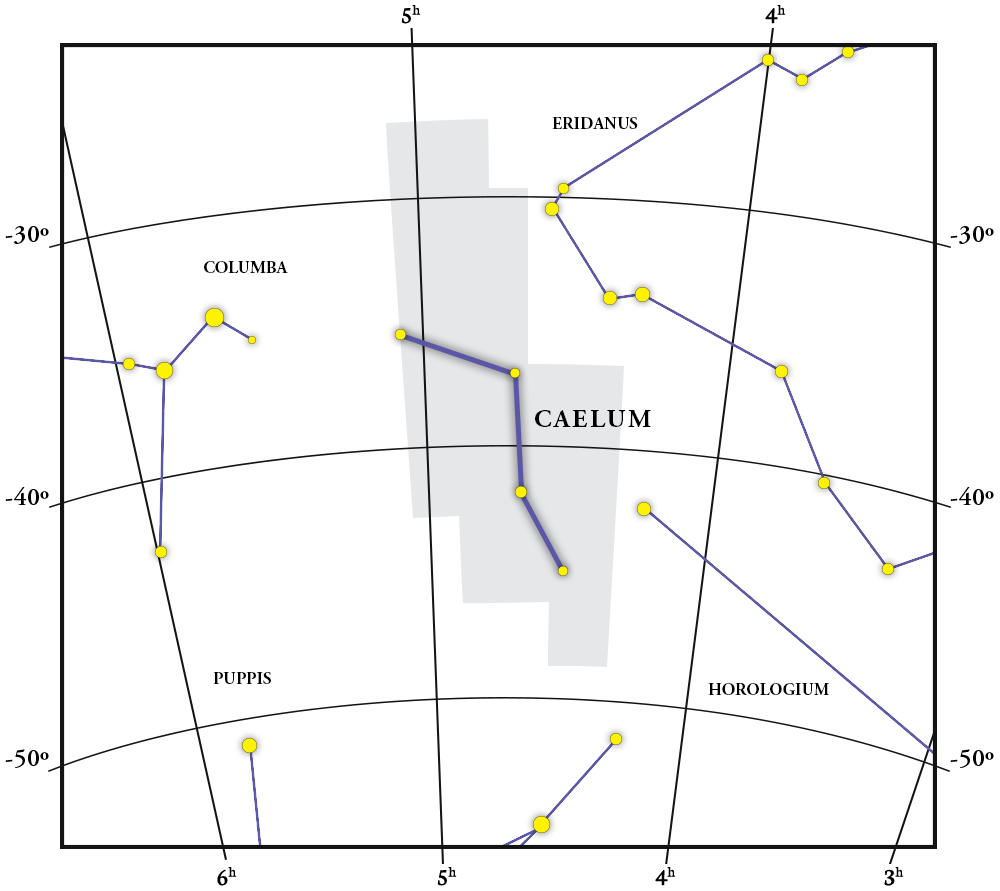 Place your star in Caelum!

Main Stars in The Chisel (Caelum)

The constellation Caelum contains several bright stars that make up its shape. Some of these main stars are known as:

You can now name your own star in the constellation of Caelum in just a few clicks. Name the star, view it in 3D and look it up with the OSR Star Finder App!