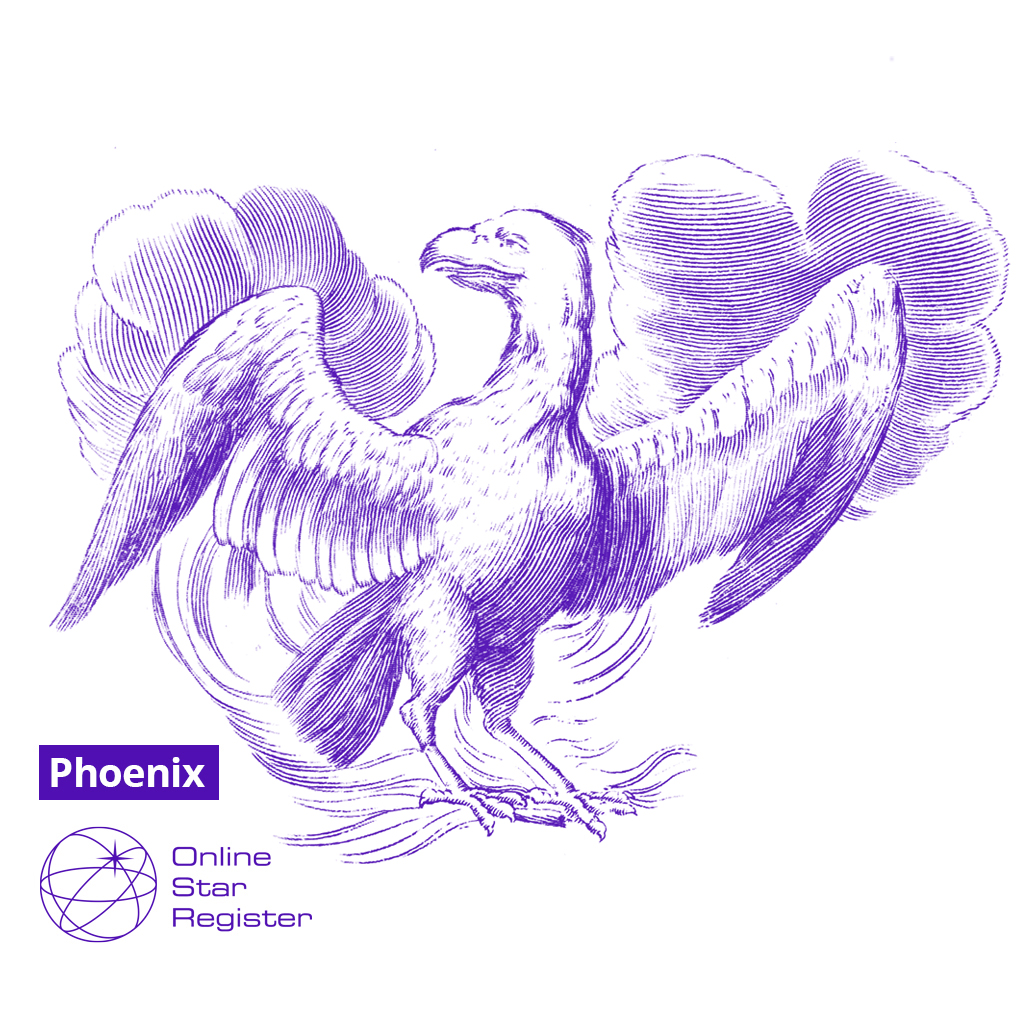 Phoenix or The Firebird is one of the 88 constellations modern astronomers have divided the sky into. It's part of the Bayer constellation family. Phoenix is best seen in November (from latitudes +30° to -90°).

This constellation represents the mythical bird that supposedly was reborn from its own ashes. The death and rebirth of the phoenix are seen as symbolizing the daily rising and setting of the Sun. Nine main stars make up its shape with Ankaa being the brightest star. This star is located 85 light years from Earth and its name means ‘the Phoenix’ in Arabic. The myth of the Phoenix is found in Roman, Egyptian, Asian, Greek and Persian cultures. 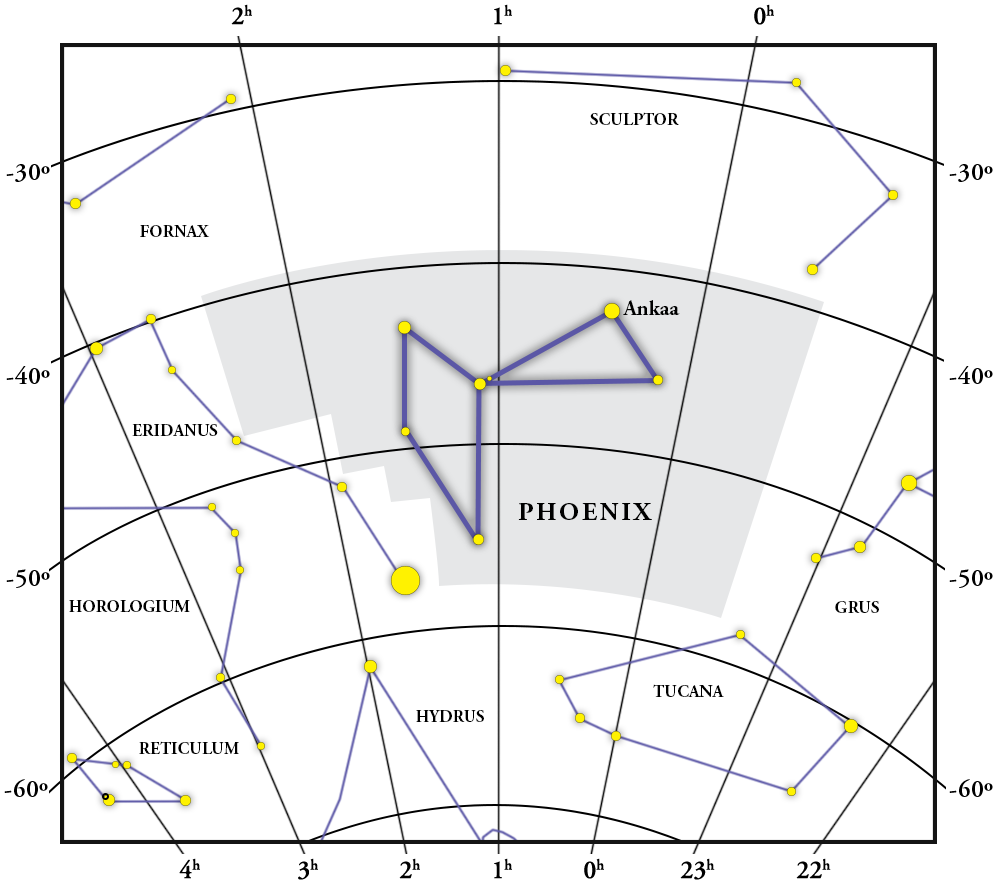 Place your star in Phoenix!

Main Stars in The Firebird (Phoenix)

The constellation Phoenix contains several bright stars that make up its shape. Some of these main stars are known as:

Some of the deep sky objects which have been discovered in Phoenix include: Robert's Quartet, NGC 625, HLX-1, The Phoenix Cluster.

You can now name your own star in the constellation of Phoenix in just a few clicks. Name the star, view it in 3D and look it up with the OSR Star Finder App!