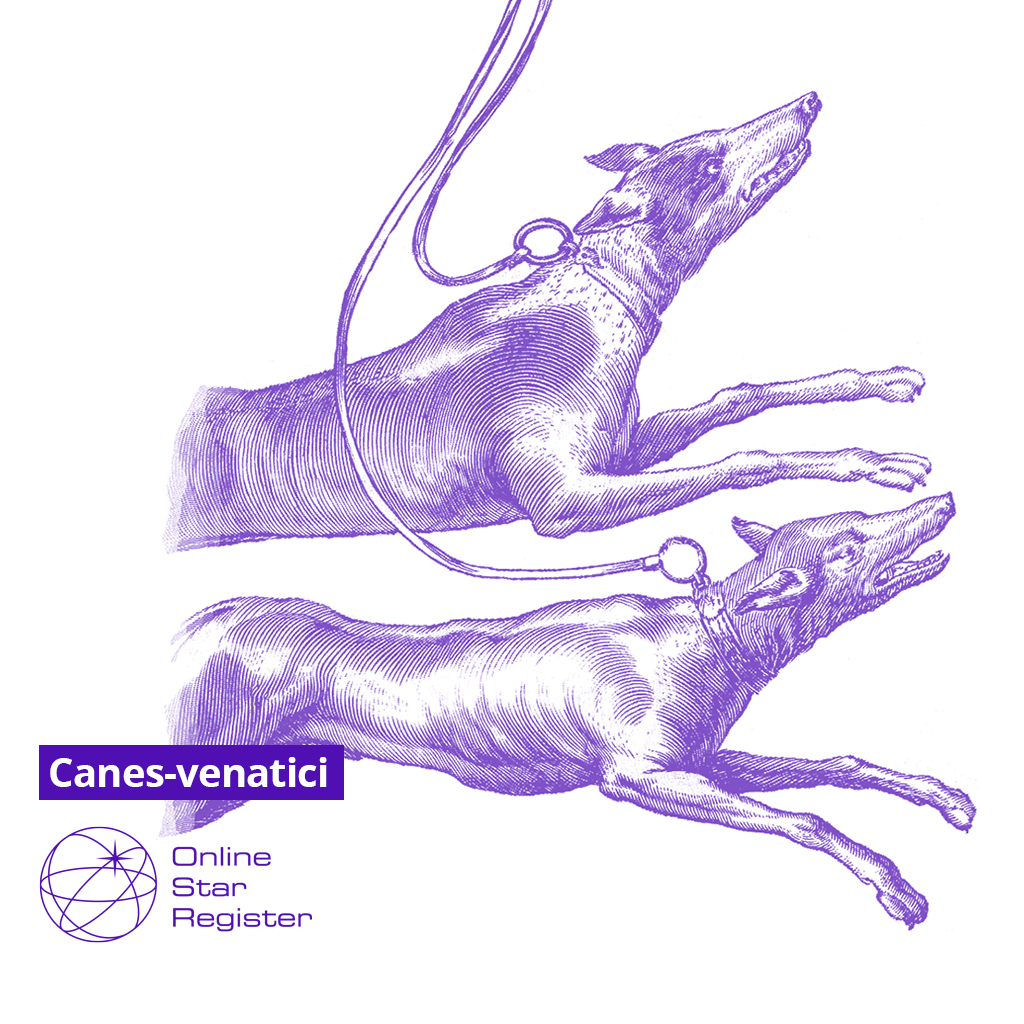 Canes Venatici represents a pair of hounds held on a lead by Boötes, snapping at the heels of the Great Bear. This constellation has five main stars and five Messiers. The constellation’s two brightest stars, Alpha and Beta Canum Venaticorum, lie in the southern dog. In the 17th century, Hevelius defined the dogs in the night sky. He named the Northern dog Asterion, which in Greek means “little star” and the Southern one was called Chara for ‘joy’.

Name a star in Canes Venatici! From $ 33 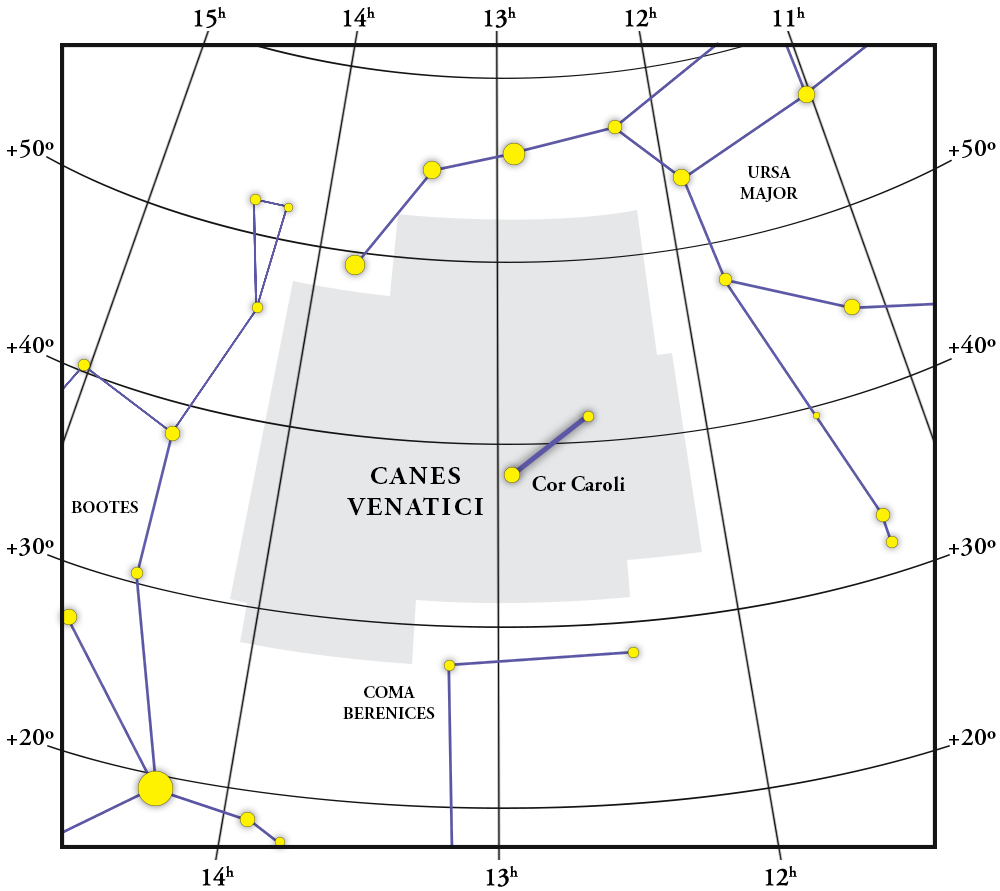 Place your star in Canes Venatici!

The constellation Canes Venatici contains several bright stars that make up its shape. Some of these main stars are known as:

Some of the deep sky objects which have been discovered in Canes Venatici include: Messier 3, Whirlpool Galaxy, Sunflower Galaxy, Messier 94, Messier 106, Whale Galaxy, NGC 5033.

You can now name your own star in the constellation of Canes Venatici in just a few clicks. Name the star, view it in 3D and look it up with the OSR Star Finder App!