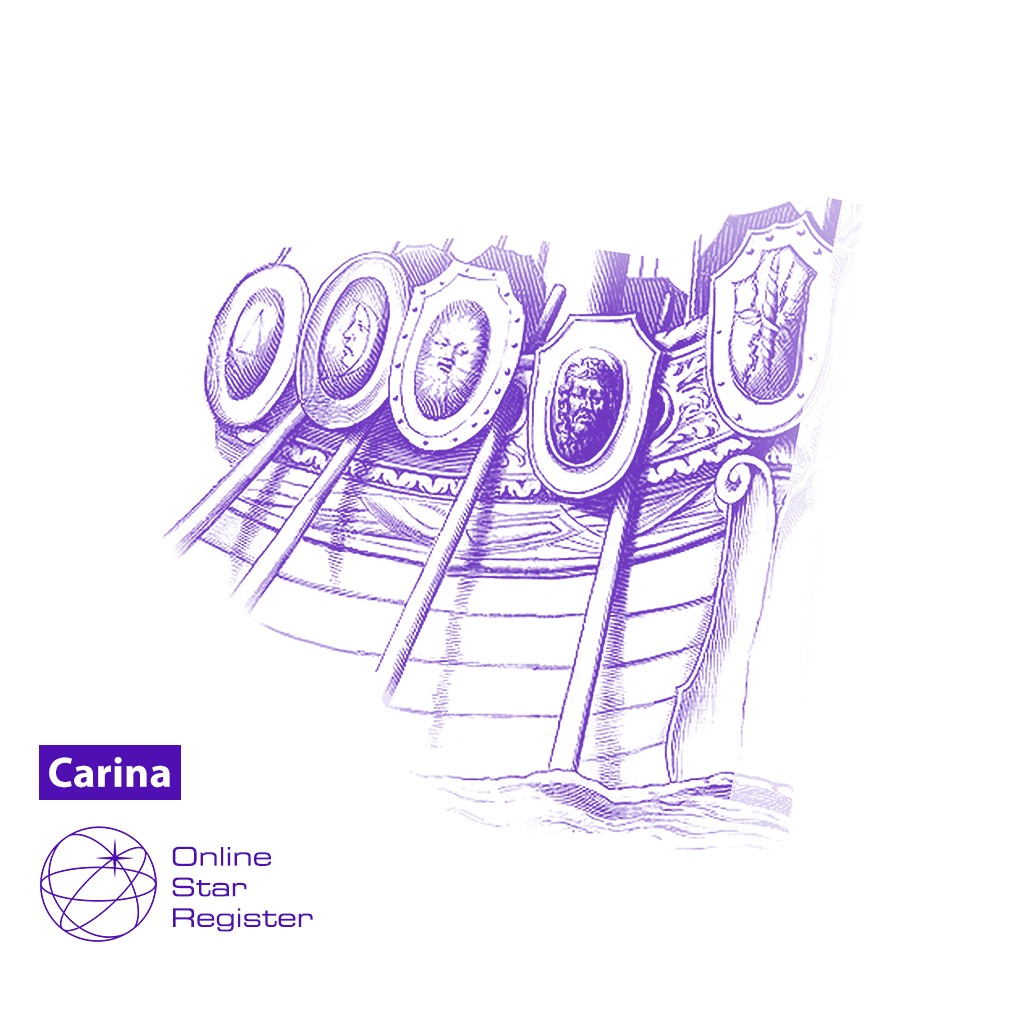 Carina or The Keel is one of the 88 constellations modern astronomers have divided the sky into. It's part of the Heavenly Waters constellation family. Carina is best seen in march (from latitudes +20° to -90°).

This constellation was once part of a larger constellation called Arvo Navis, the ship of the Argonauts. It was divided and broken into three parts. Usually described as the keel, Carina represents the main body or hull of the ship. It contains Canopus, the second-brightest star in the entire sky, burning 13,600 times brighter than the Sun. Canopus marks the blade on one of the ship’s steering oars. 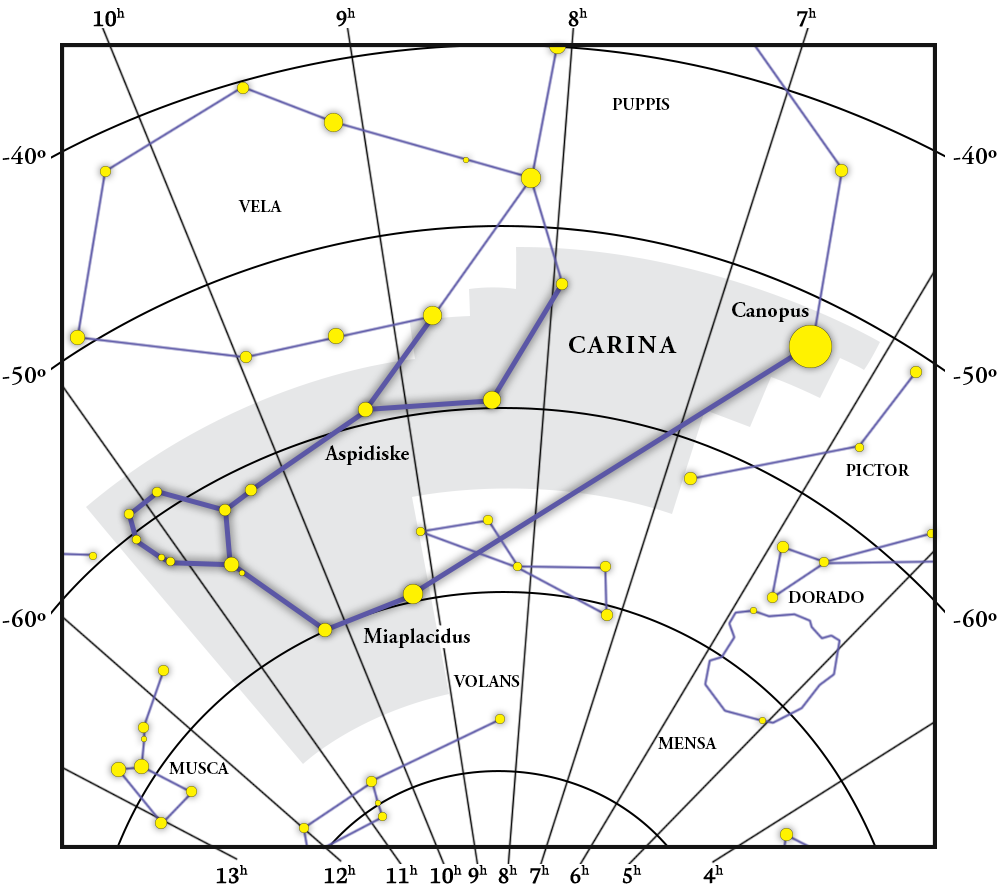 Place your star in Carina!

Main Stars in The Keel (Carina)

The constellation Carina contains several bright stars that make up its shape. Some of these main stars are known as:

Some of the deep sky objects which have been discovered in Carina include: Carina Nebula, Theta Carinae Cluster, Wishing Well Cluster, NGC 3603, NGC 2808, The Diamond Cluster, NGC 3293.

You can now name your own star in the constellation of Carina in just a few clicks. Name the star, view it in 3D and look it up with the OSR Star Finder App!