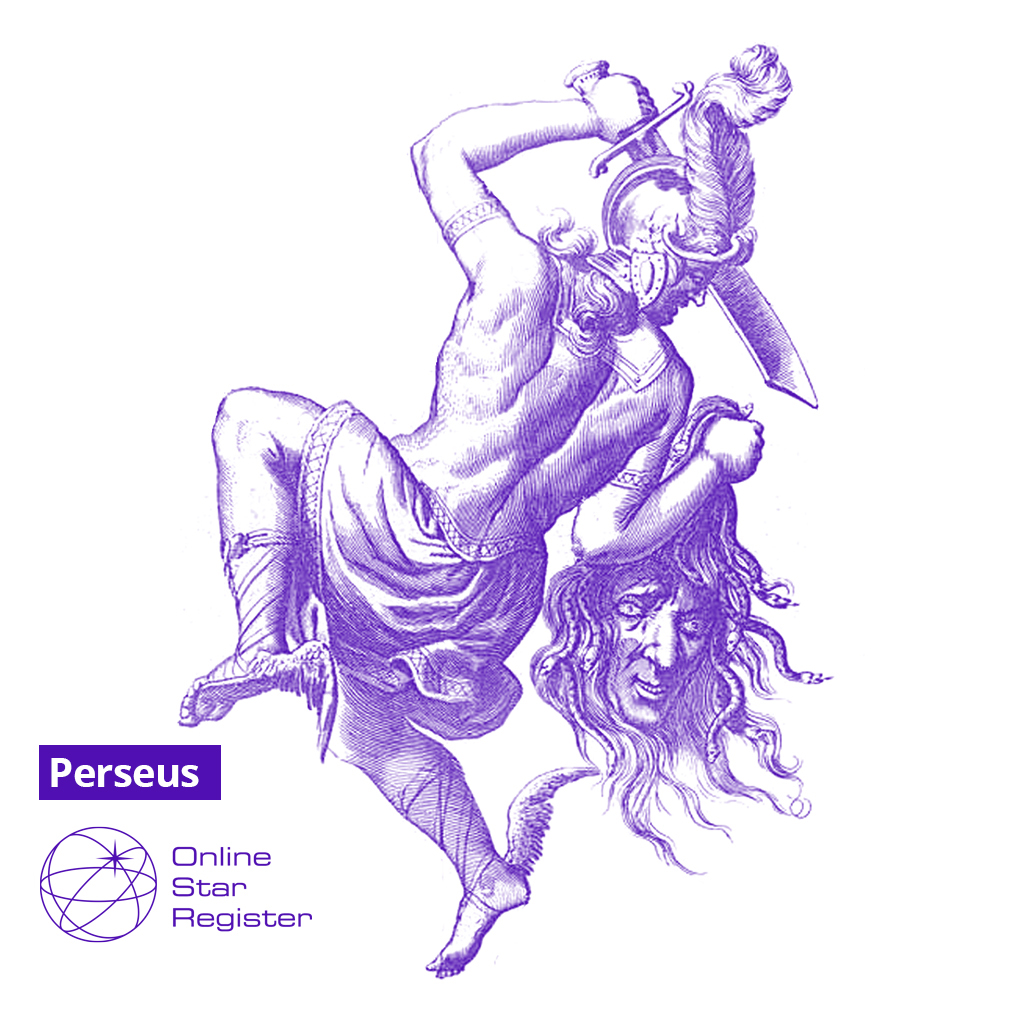 Perseus or The Hero is one of the 88 constellations modern astronomers have divided the sky into. It's part of the Perseus constellation family. Perseus is best seen in december (from latitudes +90° to -35°).

The constellation Perseus straddles the Milky Way between Cassiopeia and Andromeda. A yearly meteor shower from the constellation makes a notable sky event. The Perseids come from the debris left by the comet Swift-Tuttle. Perseus is the half-mortal son of Zeus and a favorite of Athena who gave him many gifts. The star Argol is said to represent the eye of Medusa. 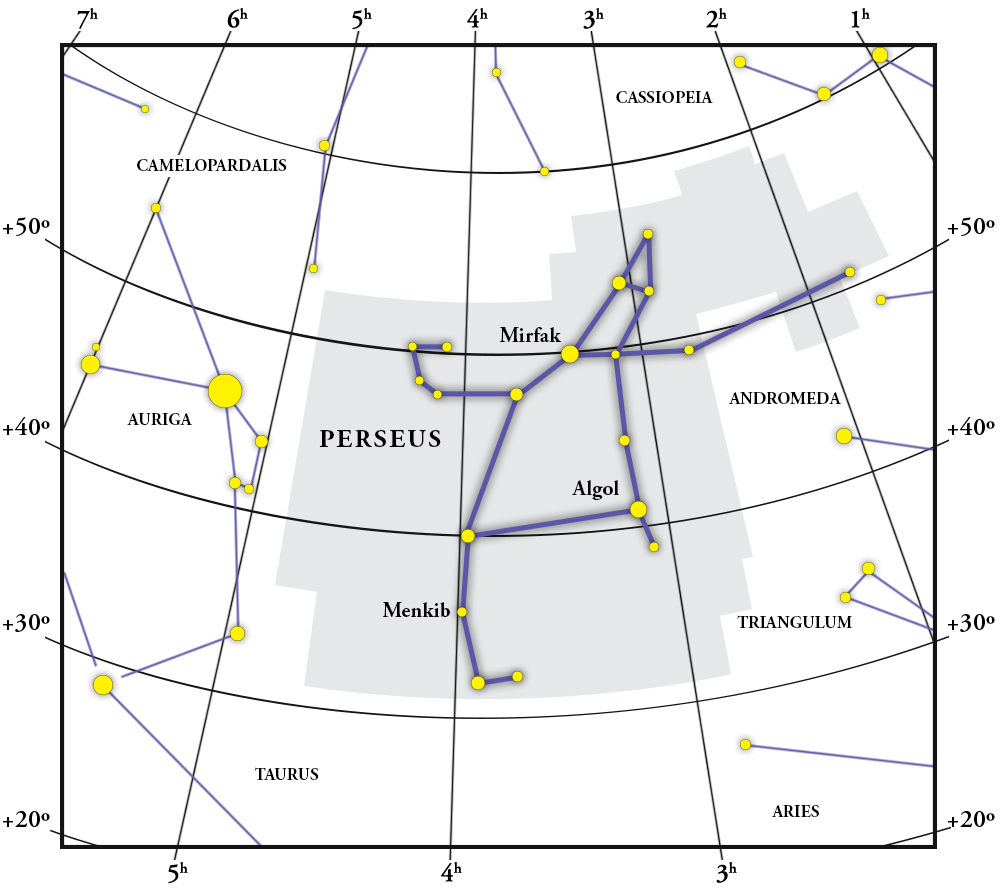 Place your star in Perseus!

Main Stars in The Hero (Perseus)

The constellation Perseus contains several bright stars that make up its shape. Some of these main stars are known as:

Some of the deep sky objects which have been discovered in Perseus include: Messier 34, Little Dumbbell Nebula, Alpha Persei Cluster, Perseus Molecular Cloud, Perseus Cluster, 3C 83.1B, The Double Cluster.

You can now name your own star in the constellation of Perseus in just a few clicks. Name the star, view it in 3D and look it up with the OSR Star Finder App!