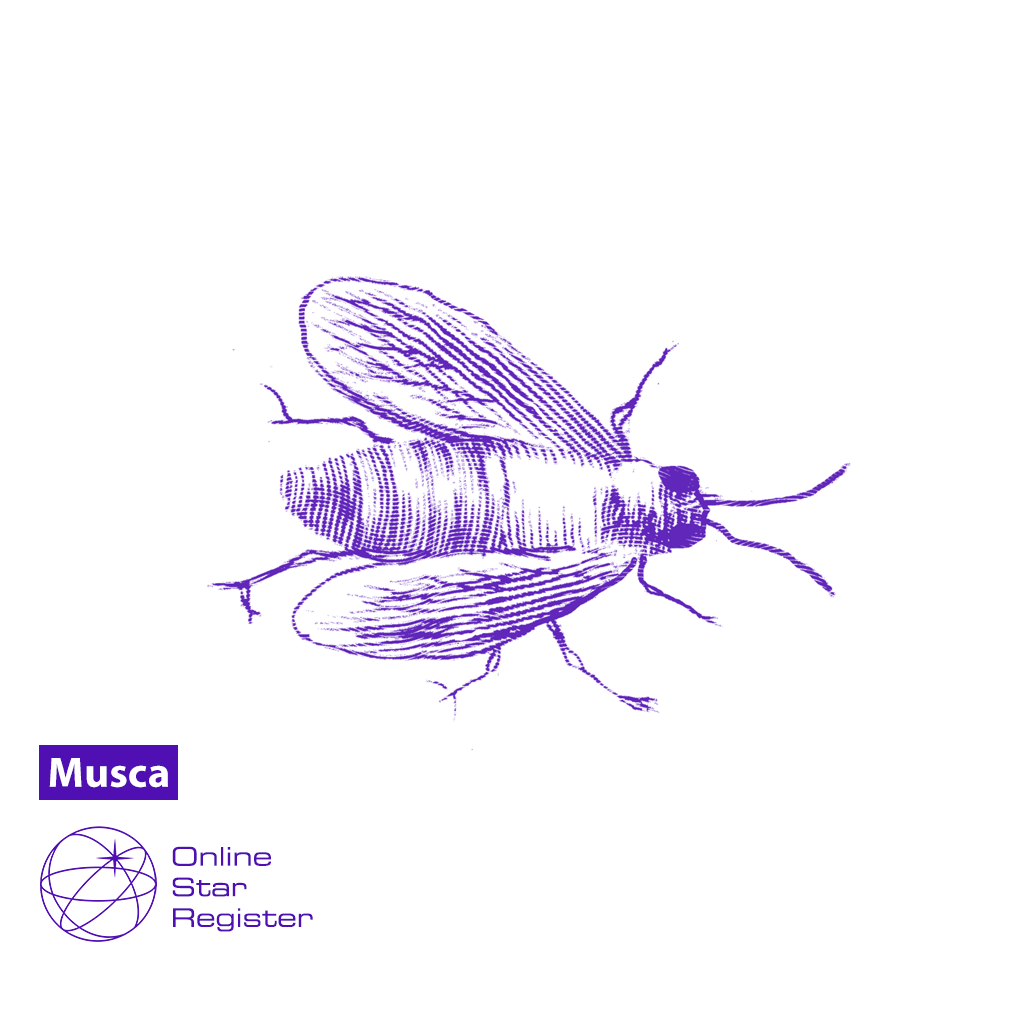 Musca or The Fly is one of the 88 constellations modern astronomers have divided the sky into. It's part of the Bayer constellation family. Musca is best seen in may (from latitudes +10° to -90°).

Johann Bayer originally showed the insect as a bee, calling it Apis. It was referred to for two centuries this way. The belief is that he saw it on another map and mistook it for a bee instead of a fly. It was not until 1602 that the traditional name of Musca first appeared. One notable star, Nova Muscae 1991 has two stars orbiting each other every 10.4 hours. This system also has a black hole that is pulling gas from the companion star. 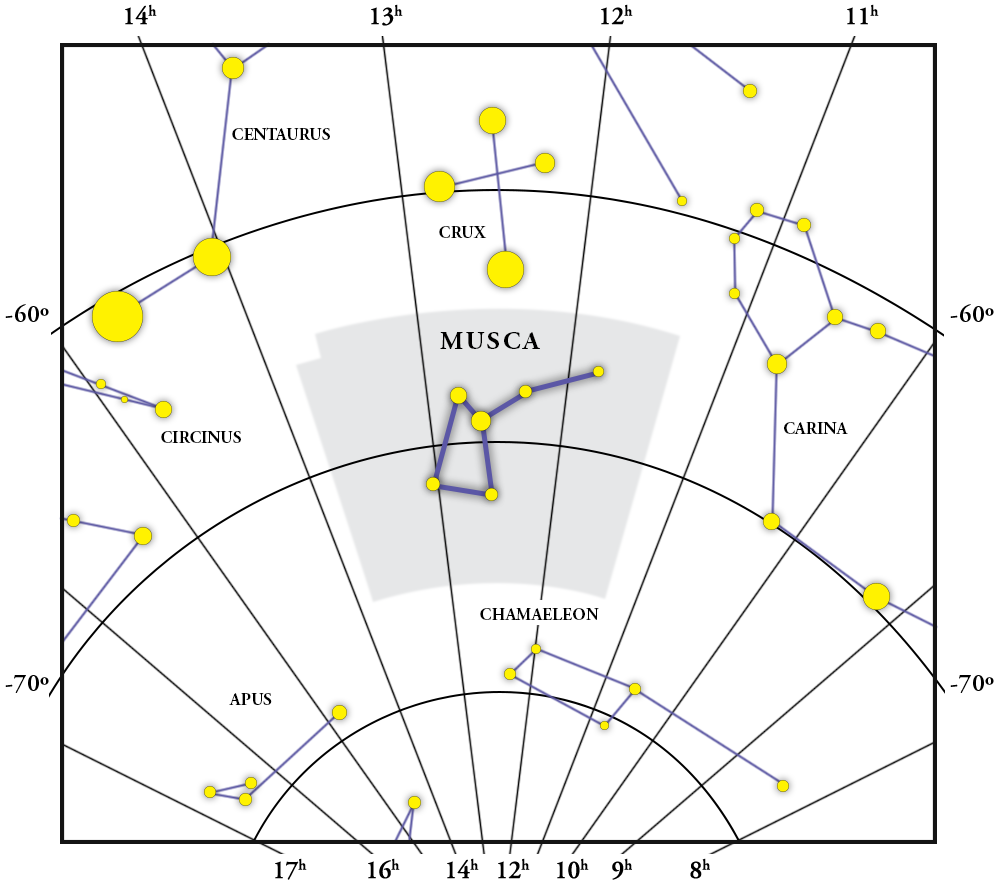 Place your star in Musca!

Main Stars in The Fly (Musca)

The constellation Musca contains several bright stars that make up its shape. Some of these main stars are known as:

Some of the deep sky objects which have been discovered in Musca include: Spiral Planetary Nebula, NGC 4372, Hourglass Nebula, NGC 4833, Dark Doodad Nebula.

You can now name your own star in the constellation of Musca in just a few clicks. Name the star, view it in 3D and look it up with the OSR Star Finder App!