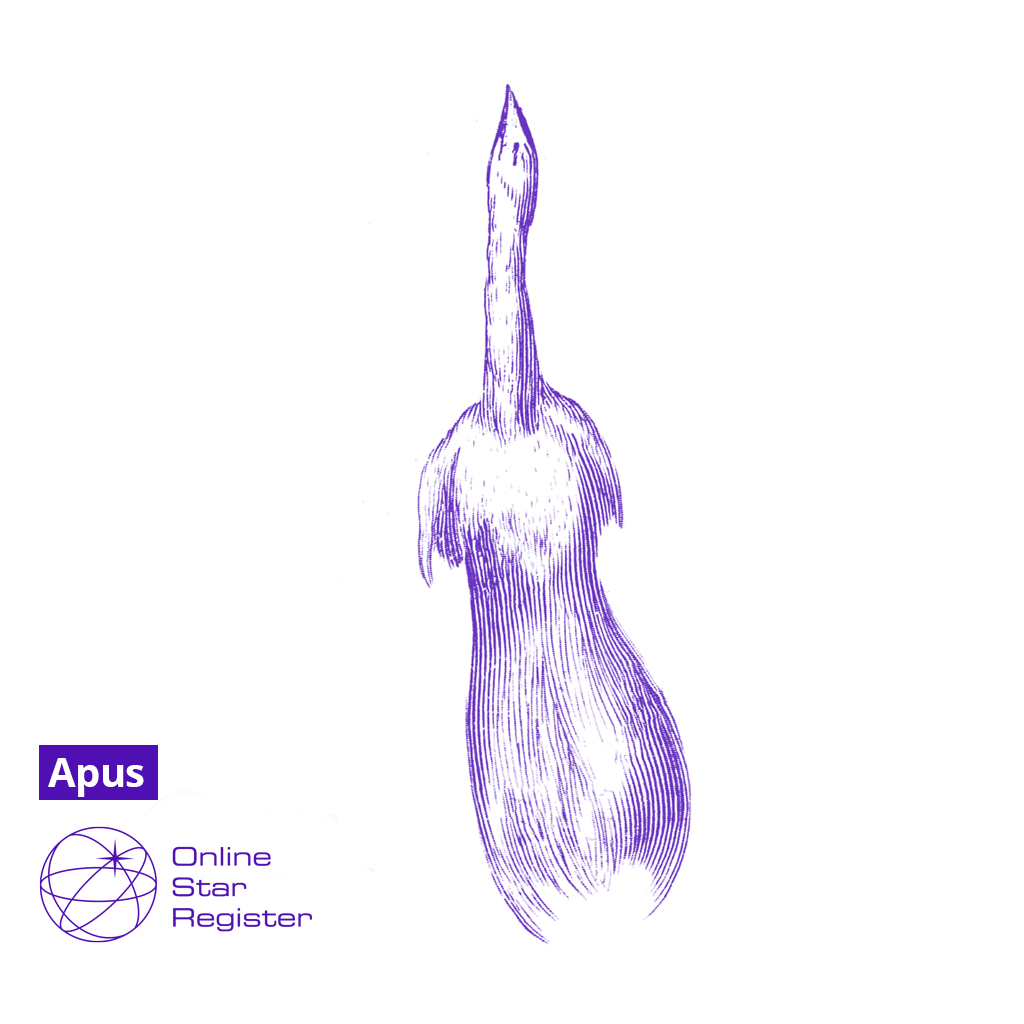 Apus or Bird of Paradise is one of the 88 constellations modern astronomers have divided the sky into. It's part of the Bayer constellation family. Apus is best seen in july (from latitudes +5° to -90°). 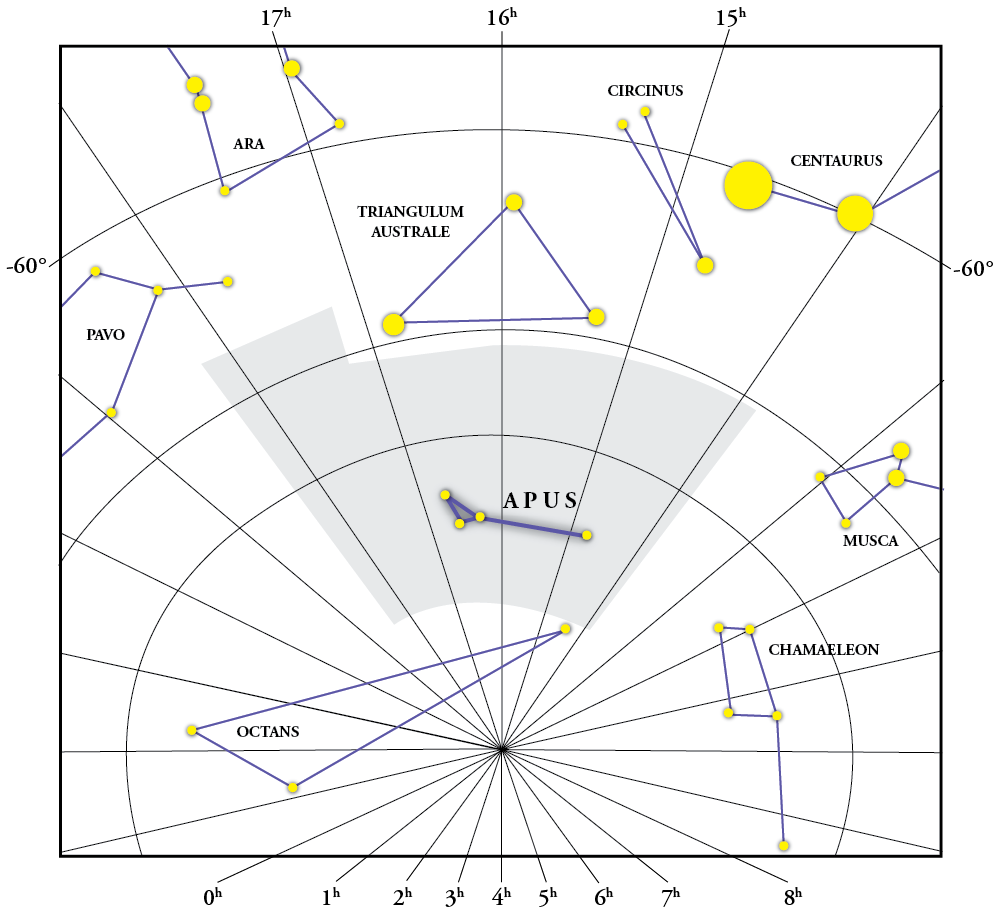