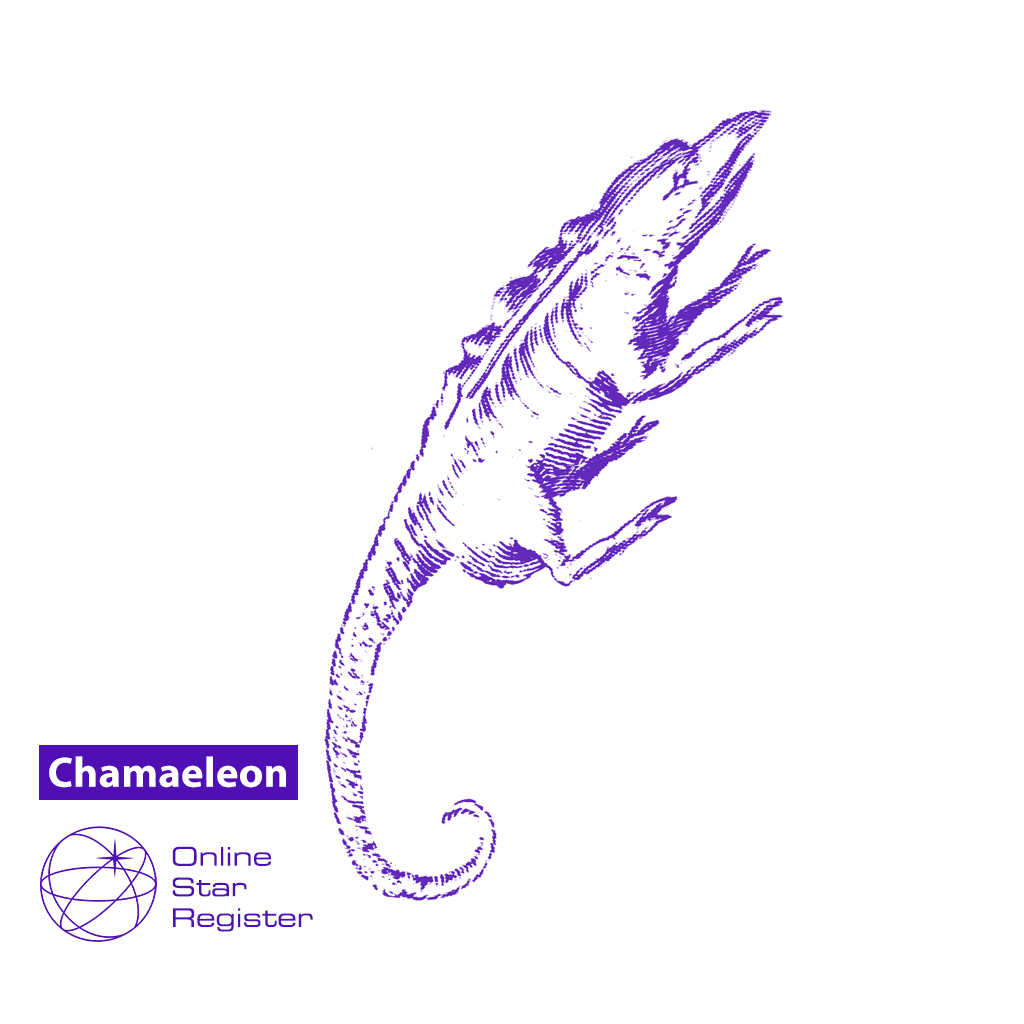 Chamaeleon or The Lizard is one of the 88 constellations modern astronomers have divided the sky into. It's part of the Bayer constellation family. Chamaeleon is best seen in april (from latitudes 0° to -90°).

The constellation Chamaeleon is depicted as a chameleon sticking its tongue out trying to capture its neighboring constellation, Musca, “the fly.” Dutch navigators created it at the end of the 16th century. Chameleons are small lizards that can change their colors based on their environments. They are common in Madagascar where the Dutch fleet resupplied on their way to the East Indies. 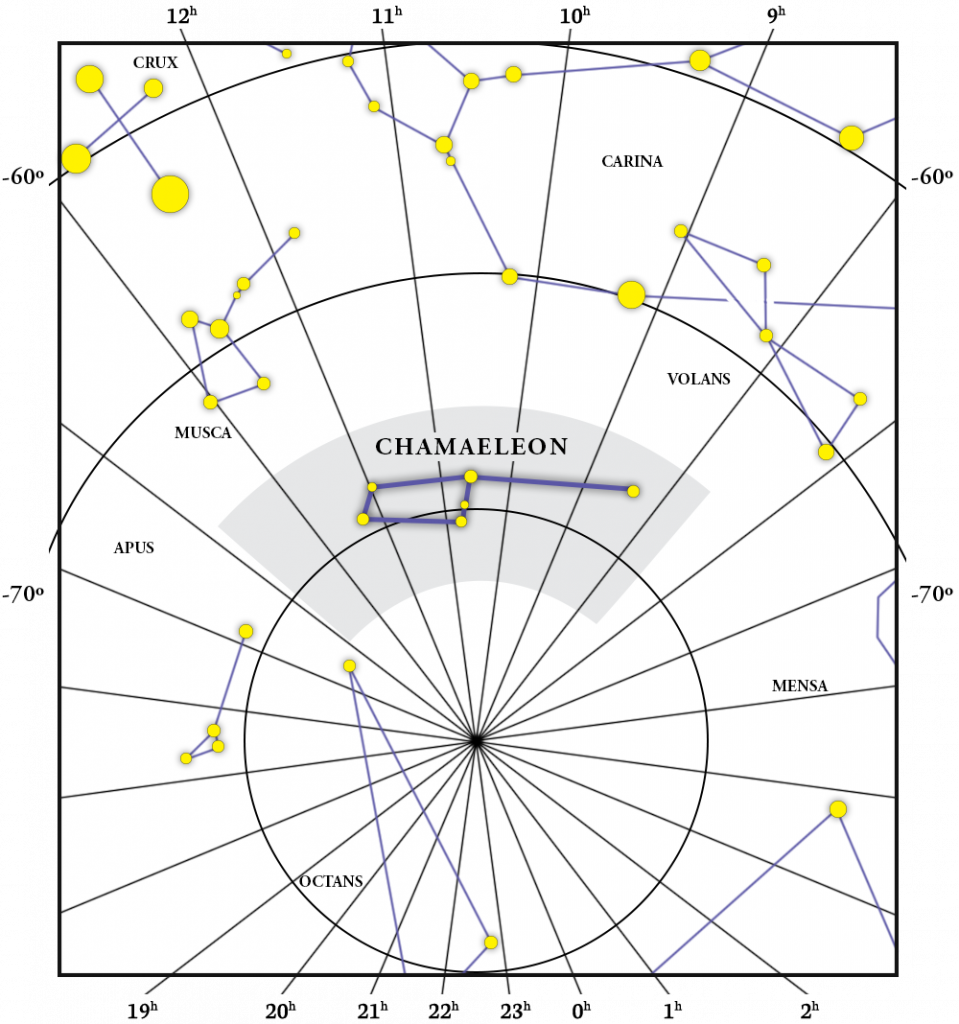 Place your star in Chamaeleon!

Main Stars in The Lizard (Chamaeleon)

The constellation Chamaeleon contains several bright stars that make up its shape. Some of these main stars are known as:

Some of the deep sky objects which have been discovered in Chamaeleon include: Eta Chamaeleontis, Chamaeleon Cloud Complex, NGC 3195.

You can now name your own star in the constellation of Chamaeleon in just a few clicks. Name the star, view it in 3D and look it up with the OSR Star Finder App!