Carina is derived from the Latin language and means “the keel (of a ship).” This constellation was once a part of a larger one called, Arvo Navis, which contained the constellations of Puppis (“the stern”) and Vela (“the sails”) before they were divided into their own constellations. Carina can be located in the second quadrant of the Southern hemisphere and is located specifically between latitudes of +20° and -90°.

The crooked line with a scoop-like end is the 34th largest constellation in the night sky, occupying 494 square degrees. Carina is also neighbors with Centaurus, Chamaeleon, Musca, Pictor, Puppis, Vela and Volans. In addition, this constellation has eight stars, seven deep space objects and also two meteor showers; the Alpha Carinids and the Eta Carinids. 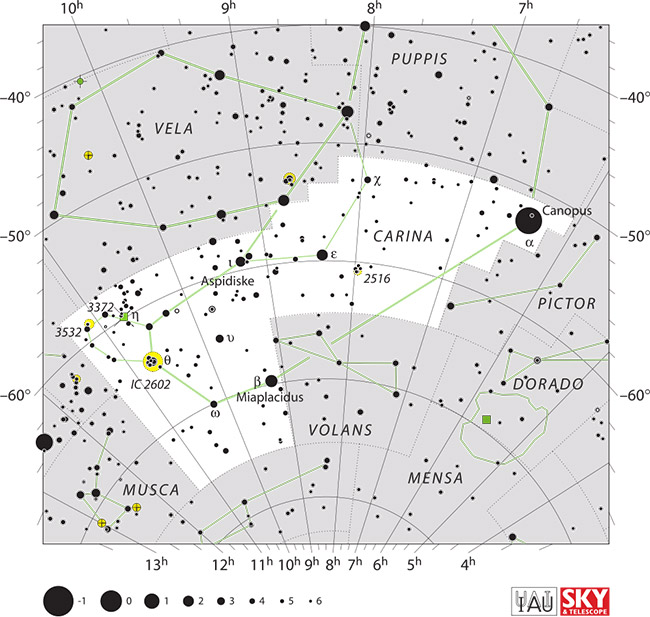 Carina has seven deep sky objects. Read on to discover some fascinating facts about these celestial wonders.

The constellation Carina contains eight main stars that makes up its shape. Let’s explore them further. 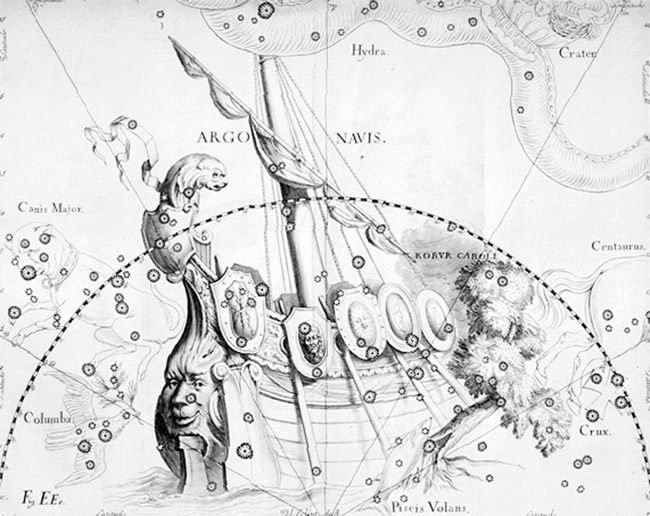 Out of all the stars that make up the Carina constellation, none shine brighter than Canopus. This star is classified as an F-type bright giant and is also the second brightest star in the night sky; 13,600 times brighter than the Sun! It is situated 310 light-years away and is noted for being the most luminous star within 700 light-years.

Carina does not have any myths associated with it directly; however, it does fit into the constellation of Argo Navis; the ship on which Jason and the Argonauts used to retrieve the Golden Fleece. Argo Navis was known to the Greeks and Carina represents the main body of this ship. In addition, the star known as, Canopus, marks the blade on one of the ship’s steering oars.

Carina is a fascinating constellation, so the next time you are gazing into the night sky, be sure to search out this intriguing figuration of stars.