Apus is another relatively small constellation covering only 206 square degrees in the third quadrant of the Southern hemisphere. It can be viewed at latitudes between +5° and -90°. Apus represents the bird of paradise and actually gets its name from the Greek word, apous which means ‘footless’ (these birds were once believed to have no feet).

Apus is 67th in size and is neighbors with the constellations of Ara, Chamaeleon, Circinus, Musca, Octans, Pavo, and Triangulum Australe. In addition, Apus has no Messiers, meteor showers or stars with known planets. 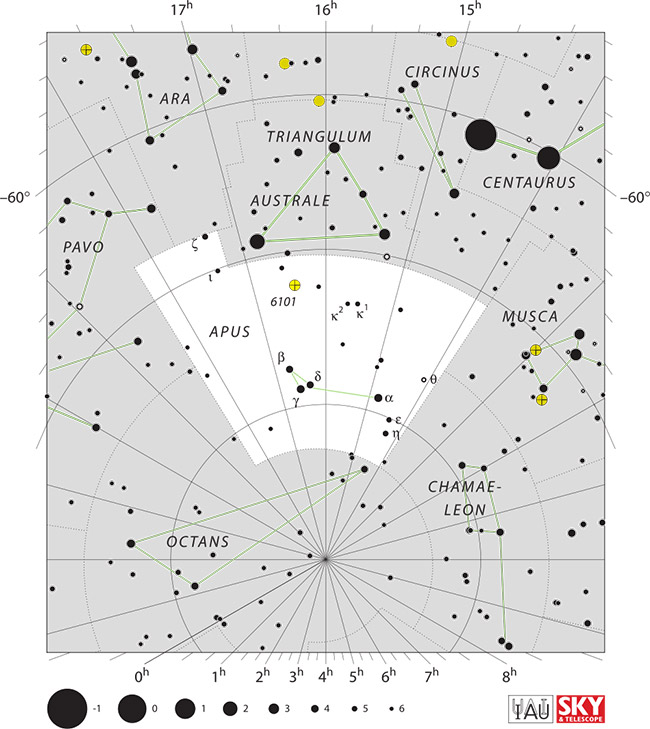 Although Apus is small it does have a few deep sky objects. Check them out:

The constellation Apus contains only 4 significant stars, but it also has 4 lesser (yet notable) stars making up its configuration. 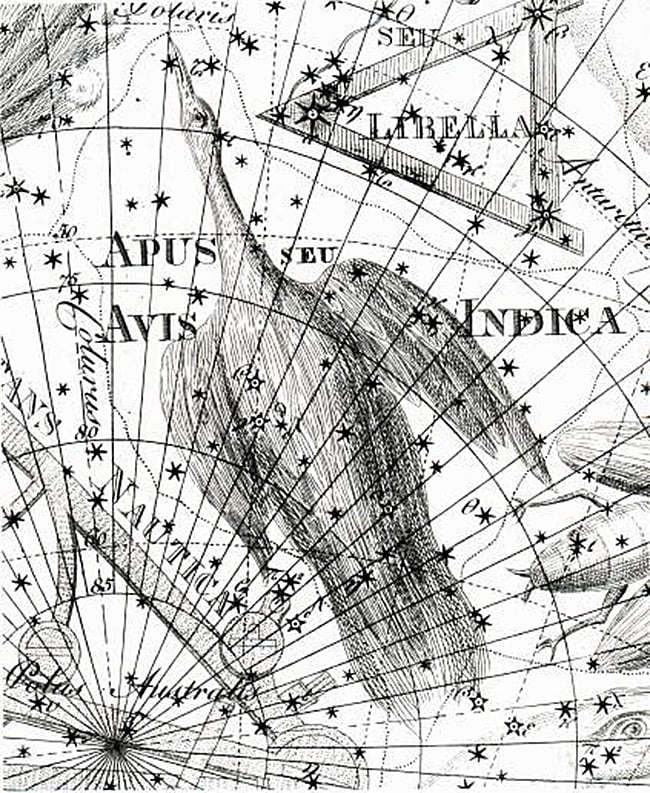 Apus seen in the Uranographia of Johann Bode (1801)

Out of all the stars that make up the Apus constellation, none shine brighter than Alpha Apodis. It shines with a 3.825 magnitude and is considered a K-type giant. It is thought to be around 410 light-years away.

Although Apus has no mythology surrounding it, it does have a some fascinating, yet confusing history. Its creator, Petrus Plancius, had originally named this constellation, Paradysvogel Apis Indica, (Paradysvogel means ‘the Bird of Paradise’ in Dutch and Apis Indica is Latin for “indian bee”). However, the constellation was misnamed. Apis should have been Avis (which means bird). Although some astronomers still used Apis Indica for this constellation, others like, Johannes Kepler called it Avis Indica. To avoid any further confusion, Avis Indica was renamed Apus. The constellation representing the bee (Apis) was renamed Musca to represent, instead, a fly.

Apus is a fascinating constellation, so the next time you are gazing into the night sky (in the Southern hemisphere) be sure to search out this intriguing figuration of stars.