On the planet K2-141b, the rain is literally rocky, the ocean of lava is more than 100 kilometers deep, and the wind is four times faster than the sound. Because it all sounds bizarre, we wanted to find out more about this strange place in our universe.

An international team of astronomers studied the weather conditions of planet K2-141b, an Earth-sized exoplanet using various computer simulations. Here are some of the conditions who rule over this place:

These are only the basics.

A lava planet (a planet whose surface is covered with liquid lava) is a class of rocky exoplanets. Their main characteristic is that they trajectory is so close to their stars that a portion of the planet’s surface has liquified from the extremely high temperatures.

In such conditions, the temperature can be so high that the atmosphere is filled with fumes that evaporate from the rocks. Theoretical considerations of such planets have been published for several of them: Kepler-10b, HD 219134b and CoRoT-7b55 Cnc e.

Giang Nguyen, a PhD student at the Center for Earth and Space Sciences at York University, said that their analysis is the first to focus on conditions on the planet K2-141b that can be viewed and studied from a location that is hundreds of light years away. The scientific team has discovered that about 65% of the planet K2-141b is permanently illuminated, unlike the alternating illumination to which we are accustomed to here on Earth. 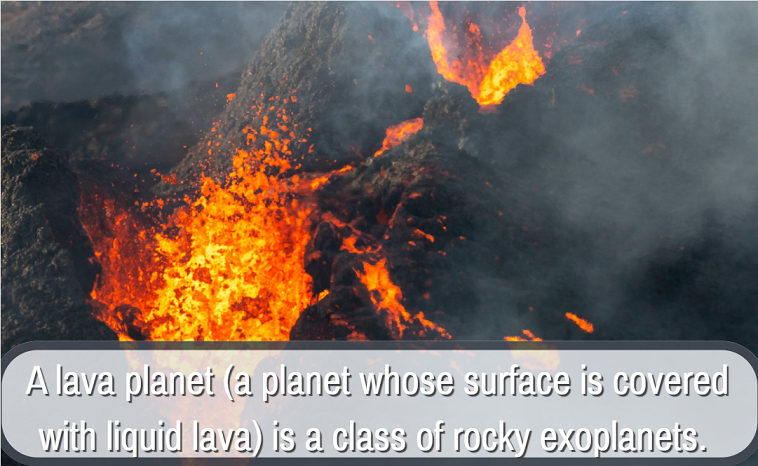 Astronomer Nicholas Kovan, a professor at McGill University, states that this discovery led them to the conclusion that the atmosphere extends slightly wider than the ocean of magma. This made it easier for the research to spot it with a telescope.

The Circling of Rocks in Nature

Also known as the hydrological cycle, the cycle of water circulation in nature represents the existence and movement of water on, in and above the Earth. Water on the planet is in constant motion and always in other forms, from liquid state to water vapor and ice and back. The cycle of water circulation in nature has existed for billions of years and all life on Earth depends on it; without the circulation of water, our planet would be a rather unsuitable place to live.

The process of water circulation begins with the direct action of the sun’s rays on the surface of the oceans, seas, and lakes, where water evaporates, and the atmosphere is fed with water vapor. Reaching the higher parts of the atmosphere, water vapor condenses in the form of water droplets, which then fall to the surface of the oceans or continents. 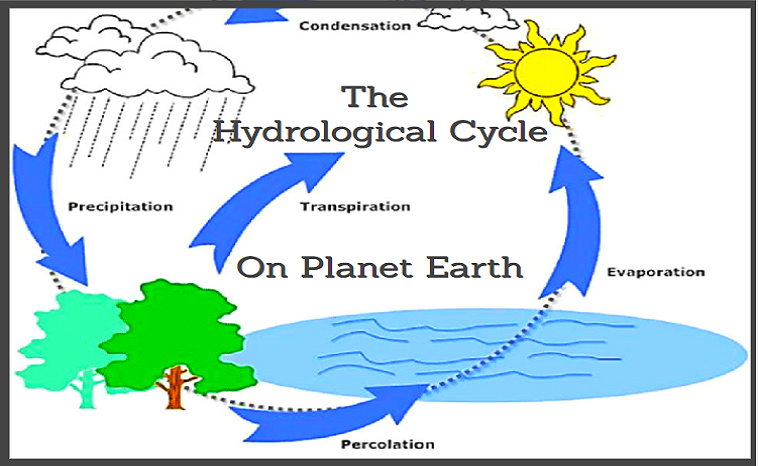 Just as water circulates on Earth so do sodium and silicon (monoxide and dioxide) on the planet K2-141b. On K2-141b, mineral vapor, that is formed from rocks, is carried by supersonic winds, where it cools and hardens and falls in the form of rain into the ocean of magma.

Then it reaches the hot side of the exoplanet again, where the rocks evaporate again and the whole process is repeated.

However, the cycle at K2-141b is not as constant as the water cycle on Earth. The natural, cyclical return of the rocks to the magma ocean is gradual, which is why scientists anticipate that the surface and atmosphere of the planet will be completely altered in the future.

Learning From the Past

According to professor Kovan, all rocky planets began their life as K2-141B. The lava gives us an insight into the early stages of evolution in planetary terms, as with time all lava planets will cool and harden, therefore transforming into rocky planets. Just like our home planet once did.

For those interested to see more of K2-141b and it’s surrounding, you can go check out NASA’s catalog to see the precise models.